Mauricio Pochettino could make a shock move across north London and replace the recently sacked Unai Emery at Arsenal .

Pochettino was recently dismissed himself by the Gunners’ fierce rivals Tottenham and promptly replaced by Jose Mourinho .

However, the Argentine remains one of the best managers in the world and is among the five early favourites for the permanent job at Arsenal .

Despite his link with Tottenham , the 47-year-old has certainly shown he can transform a club after taking Spurs from top four contenders to Champions League finalists over his five and a half year stint, and he could certainly do the same with Arsenal.

However, while managing Spurs, Pochettino insisted he would never cross the north London divide to the Emirates.

“I am never going to be manager of Barcelona or Arsenal because I am so identified with Tottenham and Espanyol.”

However, Sky Sports pundit Jamie Redknapp reckons Pochettino would consider managing Arsenal, saying: “If I was a decision maker at Arsenal, I'd go for Mauricio Pochettino in a heartbeat.

“I’m not sure I believe Poch would let his time with Tottenham stop him from taking over.”

“He’s a top manager and he is about at the moment. I know he managed at Tottenham, but George Graham had been at Arsenal when he went the other way.

“You’ve got to get past that sort of stuff. These top managers don’t come along too often, where you don’t even have to pay anything for them.” 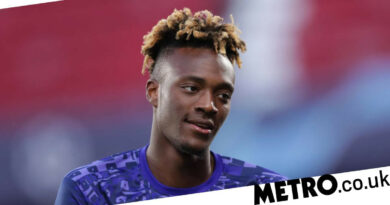