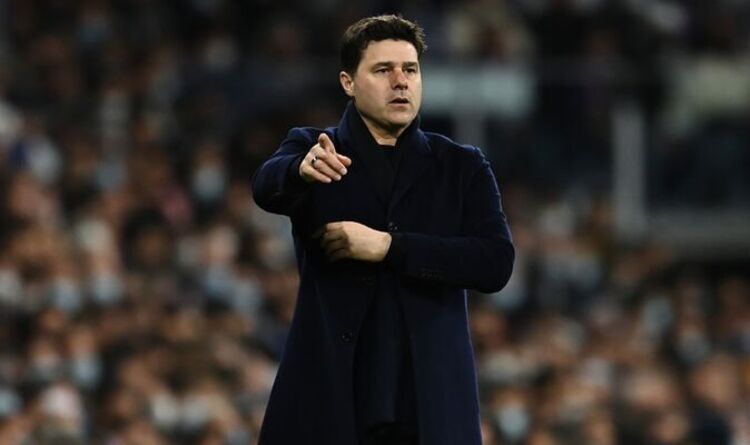 Paris Saint-Germain boss Mauricio Pochettino is reportedly set to leave the club at the end of the season despite the fact he will almost certainly miss out on landing the top job at Manchester United. The former Tottenham manager took over at Parc des Princes at the start of last year.

Pochettino was appointed PSG manager after the Parisians had sacked Thomas Tuchel midway through the 2020/21 campaign. But the Argentine failed to lead the club to the Ligue 1 title last time around as Lille tasted silverware against the odds.

This season, PSG have dominated their domestic competition and look certain to reclaim the title after building a 12-point cushion over Marseille at the top of the table. But PSG’s owners crave European success after investing mega-money into the club since buying it over a decade ago.

And Pochettino has been unable to deliver on those ambitions as his side blew a two-goal aggregate advantage before exiting the Champions League at the hands of Real Madrid in the round of 16 last month. With blockbuster stars Lionel Messi and Neymar also struggling for form, the 50-year-old has come under fire throughout the season.

And, according to The Telegraph, Pochettino and PSG will cut ties at the end of the campaign. But the ex-defender will not be moving to Old Trafford.

Pochettino had been heavily tipped to become Ole Gunnar Solskjaer’s permanent successor last autumn. And the appointment of Ralf Rangnick on an interim basis suggested the club were willing to wait for him.

But the Red Devils have since turned their attentions to Erik ten Hag, who has done a stellar job during a four-and-a-half-year spell with Ajax. The Dutchman has reportedly already struck a verbal agreement with the 13-time Premier League champions and an announcement is expected to follow soon.

That means Pochettino could face a frantic search to secure his next job. The Argentine was out of the game for over a year after he was dismissed by Tottenham in November 2019. And his struggles at PSG mean club owners may no longer regard him as one of the best managers in the world.

Pochettino had also been linked with taking over at Real Madrid, who were said to be considering axing Carlo Ancelotti earlier this year. However, Pochettino’s chances now appear slim given the Italian has guided Madrid nine points clear at the top of La Liga and could yet deliver European silverware with the Spanish giants booking their place in the Champions League semi-final last night after beating Chelsea 5-4 on aggregate.

MARTIN SAMUEL: Commentators must not be scared to speak