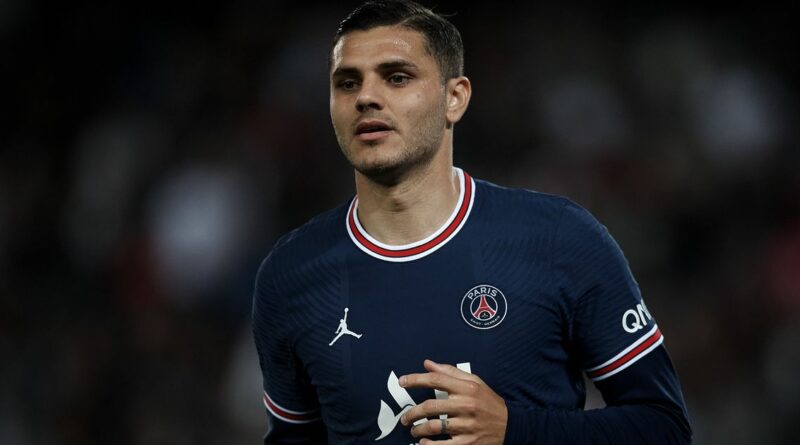 Manchester United have reportedly prepared a bid for Paris Saint-Germain striker Mauro Icardi in case they lose two of their attacking stars.

Manager Ralf Rangnick has reportedly lost control of the United dressing room and is dealing with a number of wantaway players despite taking charge just last month.

Red Devils forwards Edinson Cavani and Anthony Martial are among those linked with moves away from Old Trafford, with Barcelona eyeing the Uruguayan and Martial openly expressing his desire to leave.

And French outlet L’Equipe report that United have in turn identified 28-year-old Icardi as a replacement in case they lose both forwards in January. The report claims there has been no contact yet between United and PSG, though a bid has been prepared as a precaution.

Argentine poacher Icardi is believed to be available on the transfer market and a solid option if Rangnick finds himself short of attackers this window.

However, United will reportedly face competition from Juventus, with the Italians looking to secure a loan move for the striker,

Interest in Icardi comes following his stunning goal record for Inter Milan, where he scored 124 goals in 219 appearances before his move to PSG in 2019.

Do you think Cavani is a better striker than Icardi? Let us know in the comments section.

His spell with the Parisians has been less successful, though Juventus are also understood to be interested in signing Icardi for £30million on a permanent basis this summer.

But Rangnick’s first priority is to retain the services of Cavani, while Martial will only be allowed to leave if an incoming offer meets United’s expectations.

Speaking on Cavani’s potential transfer, Rangnick said: "We've had quite a few conversations in the last couple of weeks, he's probably the player I have spoken to most.

"I told him from the very first day he's a highly important player, probably the only one that can play as a striker back to goal and, as I have said before, his professionalism and work ethic is amazing.

"I told him that I desperately want him to stay until the end of the season and he knows how highly I rate and respect him.

"He knows I definitely would not let him go. For me, he is a highly important player for the rest of the season in a squad still playing in three competitions.

“We definitely need him and it is clear he has to stay."

Have the World Championships in Doha given any clues how Qatar will fare as World 2022 host?