Kylian Mbappe admitted he ‘is struggling to find the words’ after the Paris Saint-Germain striker was left devastated by news an eight-year-old fan had died from cancer.

Lucas, 8, had struck up a close bond and friendship with Mbappe and the World Cup winner recently showed his support for the youngster by dedicating his goal against Nimes to him in the form of a personalised underlayer revealed in his celebration.

The shirt that day read ‘Courage Lucas, I’m with you.’ 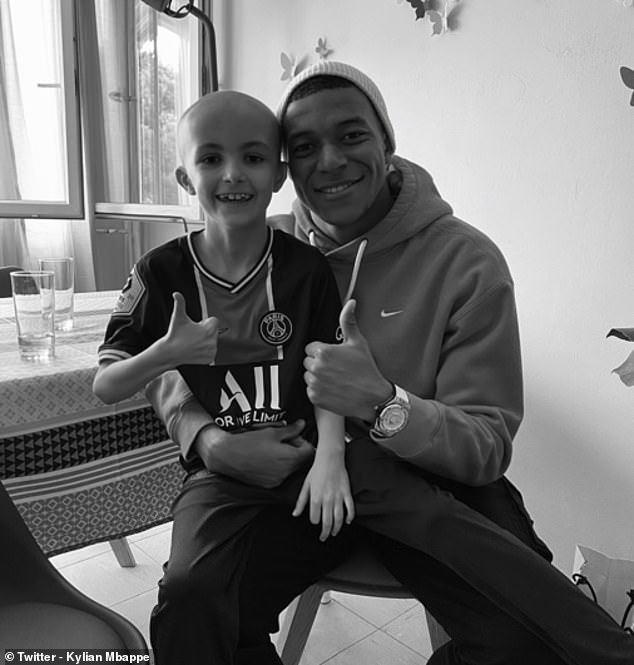 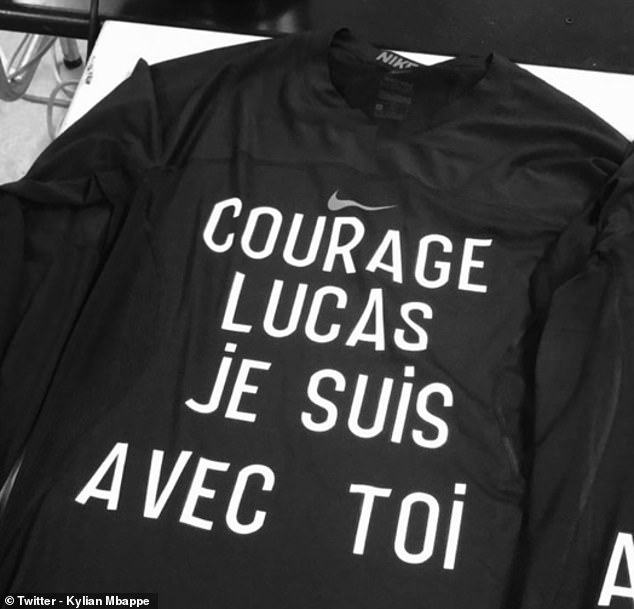 Mbappe, who had spent time with Lucas while he was in hospital receiving treatment, put out an open letter on Thursday after it emerged Lucas had lost his battle with cancer.

‘It is with great emotion that I inform you that Lucas has gone to join the star,’ Mbappe said.

‘Very difficult to find the words but it is necessary to pay homage to this boy filled with love, sympathy and above all, courage, who taught me so much and with whom I nurtured a strong bond.

‘I will try to make you proud because you are the real hero. 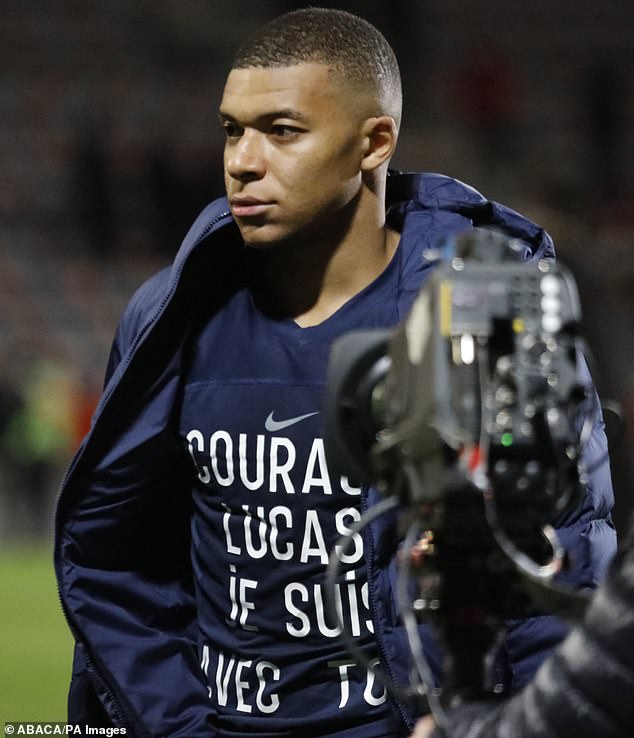 ‘You who deserve all this praise for having fought your disease for more than 10 months without ever complaining.

‘I am extremely proud to have been able to be your friend until your last breaths and believe I will be forever.

‘May God grant you the way to Heaven my little angel. I love you. Kylian.’

In the post, Mbappe shared two images of the pair of them together in a hospital room.

Lucas is seen wearing a PSG home shirt and in one he has his thumbs up. In the other he is seen replicating Mbappe’s trademark arms crossed celebration.