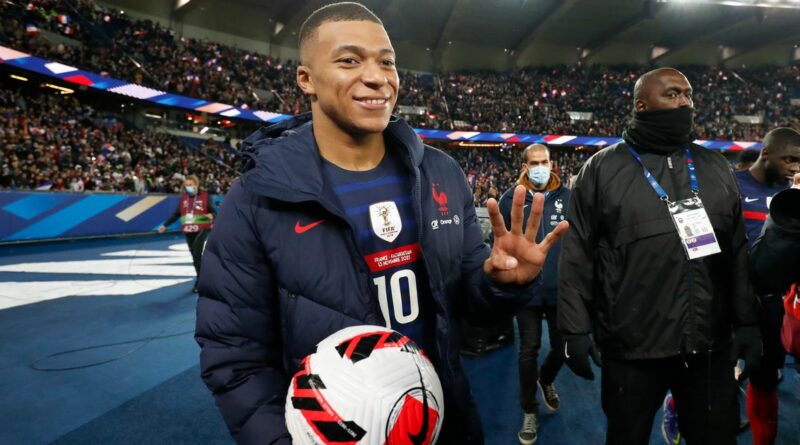 Kylian Mbappe has claimed he is “happy” at Paris Saint-Germain but refused to rule out a move away from the club at the end of the season.

The French star became the first player in 36 years to net four goals for Les Bleus during the 8-0 win over Kazakhstan on Saturday to secure qualification for the 2022 World Cup.

Mbappe has spent five seasons in Paris since his initial loan move to Monaco but has been closely linked with a move to Real Madrid as well as Liverpool, with the forward eager to follow in the footsteps of idol Cristiano Ronaldo.

The 22-year-old’s future at PSG looked in doubt at the end of the summer when the club signed Lionel Messi and Madrid launched a reported world record bid of €220million to sign him.

The forward’s contract with the French giants expires next year which will enable him to discuss a pre-agreement with other clubs from January 1, allowing him to leave on a free transfer.

And Mbappe’s response was vague when quizzed on his future after the 8-0 drubbing, using temporary words like “this season” and “now”.

Mbappe told Brazilian TV: "I have spent five extraordinary years here, I have taken advantage of every moment and I continue to do so.

“I am happy both on the pitch and in my personal life.

"Now there are many things, great challenges and I have already spoken about that."

Do you think Mbappe will end up at Real Madrid next summer? Let us know in the comments section.

When pressed by a reporter on whether he would stay at PSG, Mbappe’s response would hardly have instilled the French club with confidence.

The Parisian has already netted 139 goals in 187 appearances for PSG and has made no secret of his love of playing alongside Real Madrid striker Karim Benzema, with whom he enjoys great chemistry in the national team.

Next summer could see Mbappe finally make his highly-anticipated move to Madrid, who are looking to make a new superstar signing after Ronaldo’s departure, Gareth Bale’s lack of form and Eden Hazard’s injuries. 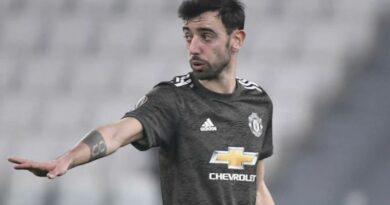