The irony is not lost on Dwight McNeil. A former Manchester United youth product, who played alongside Mason Greenwood and Brandon Williams, the Burnley winger spoke recently about why his Old Trafford dream was curtailed at the age of 14.

‘Funnily enough, one of the reasons I got released was because my set-pieces weren’t the best,’ admitted the 20-year-old.

Six years on, McNeil is Sean Dyche’s go-to man for dead-ball situations and since his first-team breakthrough at the beginning of last season, he has wowed the Turf Moor faithful – with his crossing ability in particular a shining light. 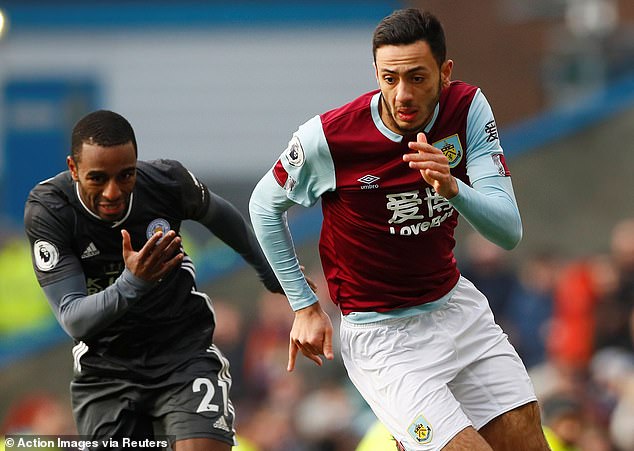 Dwight McNeil has shone at Burnley, with his pace and crossing ability on the left-hand side 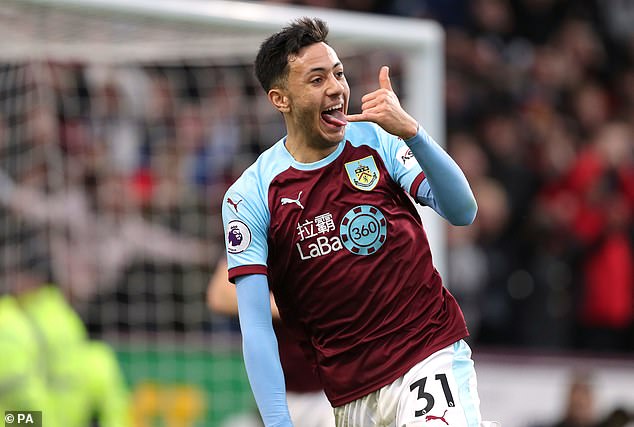 Statistics according to the Premier League

Now, should recent rumours be believed ahead of tonight’s clash with United, the club he supported as a kid are keen on re-signing him, and a figure in the range of £35million has been mooted.

In fact, Dyche has even remarked that McNeil will eventually ‘go beyond us’, such is his quality.

The numbers would back that up. In a team where defensive doggedness is usually the priority over attacking creativity, McNeil has already registered nine assists in his short Premier League career.

This season alone, he has attempted 148 crosses for Chris Wood and Co – one of which resulted in Burnley’s equaliser against Leicester on Sunday.

A wicked, left-footed inswinging corner to the back post was met by the towering head of Ben Mee, with Wood pouncing to score after Kasper Schmeichel’s close-range save. 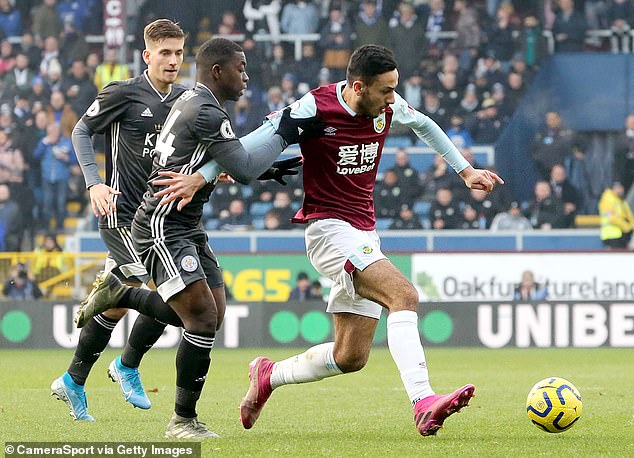 What is so pleasing and refreshing about McNeil’s style of play is that, amid young talent continuously being used on the opposite flank to their favoured foot so they can cut in, he is an anomaly.

Direct, weaving in and out as he hugs the left-hand touchline, Burnley’s No 11 is a breath of fresh air; a throwback to a long-gone era of rapid wingers sizzling down their natural flank, in the traditional sense.

Looking back, it’s homage to McNeil for not giving up on his professional aspirations, despite not even reaching the peak of United’s youth set-up.

‘It was quite an upsetting time for me,’ he recalled. ‘It was my boyhood club of my dreams. I’m still a United fan now despite what happened.

‘Going to Burnley was a really good decision we made at the time.’ 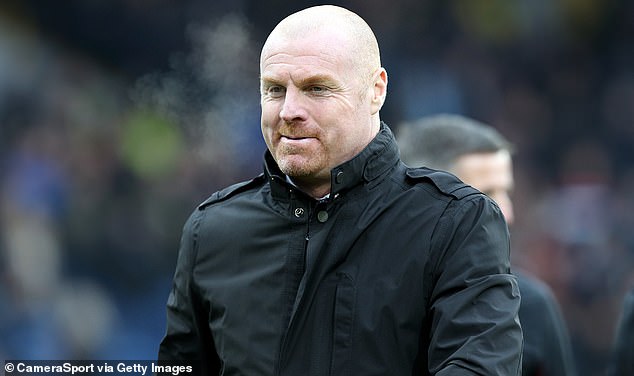 Already capped at England Under-21 level, there is no doubt McNeil has been a bright spark (again) in an otherwise unremarkable Burnley campaign.

‘I think overall I’ve become a more mature person,’ he said back in October.

‘That helps with me in the dressing room and the people I get put around, the coaching staff and the gaffer we have at the club.

‘I’ve become more mature, more calm and confident in myself and more relaxed on the pitch as well as off the pitch.’

Despite his consistent performances – he has started every single Burnley game in the Premier League this season – a call-up to Gareth Southgate’s senior side for Euro 2020 would perhaps be a bridge too far at this point. 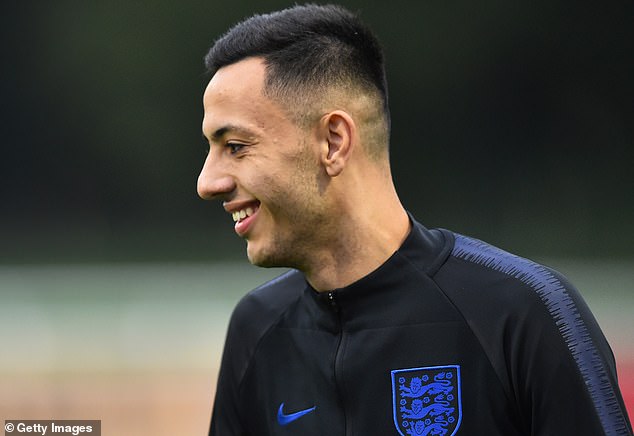 Yet that won’t stop the rumour mill, and McNeil could fuel the fire further tonight, on his second appearance at Old Trafford following a 78-minute showing last year.

A commanding display against compatriot Aaron Wan-Bissaka could make waves in the home team dugout, as Ole Gunnar Solskjaer hunts a long-term solution to a depletion of attacking prowess.

United have always been in for the country’s top youngsters. On his current trajectory, McNeil could be the next in line. His United story may have only just begun.