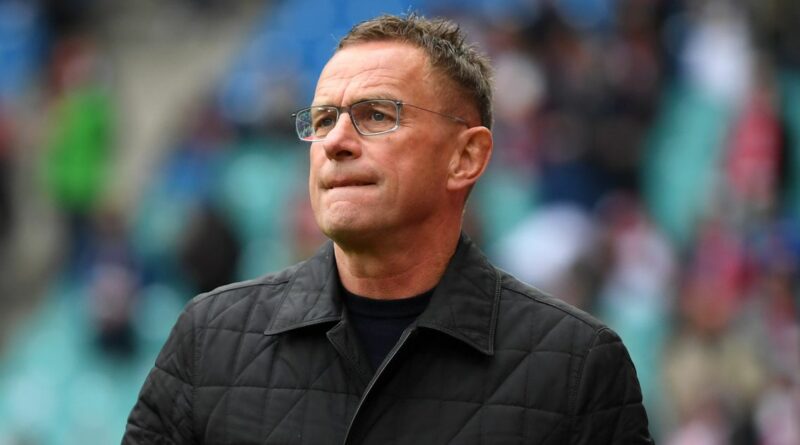 Ralf Rangnick might only be joining Manchester United on an interim basis but his impact on the club – however brief – has the potential to undo years of tactical stagnation under Ole Gunnar Solskjaer.

United have hired a man considered to be the 'godfather' of German coaching, and the man described by Liverpool Jürgen Klopp as one of the best in the business.

He's credited as being a pioneer of Gegenpress, and has significantly influenced the renaissance of German coaching across Europe over the past few years.

Not only Klopp, but Chelsea boss Thomas Tuchel and Bayern Munich head coach Julian Nagelsmann count him as an ally and mentor.

So just where has he been all these years? Well, after an uneventful career as a player, Rangnick began coaching in his mid-twenties and took to it like a duck to water.

His academic demeanour earned him the nickname 'The Professor' after delicately trying to explain the concept of pressing to German TV audiences.

Successful spells in charge of Ulm 1846 and Reutlingen 05 landed him the Stuttgart job in 1999. During the 00s, he had stints with Hannover, Schalke and Hoffenheim before joining the Red Bull war machine in 2012.

Rangnick's business acumen appears as sharp as his tactical nous, and the two dovetailed perfectly after he became director of football at both RB Leipzig and Red Bull Salzburg in 2012.

He immediately changed the landscape. Salzburg signed the likes of Sadio Mane, Naby Keita, Takumi Minamino and Péter Gulácsi, while Leipzig jumped up from the fourth tier of German football to the Bundesliga in six seasons.

In 2015, he was announced as Leipzig's new head coach, and resigned from his post at Salzburg.

There he established a philosophy that perfectly encapsulated both Rangnick and Red Bull's approach to football.

It was known as the 'Three Ks' policy: Kapital, Konzept and Kompetenz (money, concept and competence).

"If those three things come together, then you can be successful. If you only have one or two of them, it’s more difficult," Rangnick said. Leipzig aren't particular popular Germany, partly due to their deep pockets, but through Rangnick's influence, the club began focusing on youth development.

Timo Werner, Emil Peter Forsberg and Yussuf Poulsen soon emerged, and the likes of Dayot Upamecano, Ibrahima Konaté and Dominik Szoboszlai would follow not long after.

This, combined with an assertive, attacking playing style, established Leipzig as one of the Europe's most exciting club sides.

"We truly believe in our systems. The players we have are willing to learn our style of play," Rangnick said in 2019.

"We asked ourselves, ‘What style do we want to play?’ After that we scouted, and signed the players who fulfilled our requirements." It's odd that such an influential figure has stayed so hidden over the past two decades.

Whispers of his brilliance are often caught on the wind, but for many Rangnick is more of a heralded entity and than a football manager.

Although his stay is short, he has the chance to offer Man United something they've been lacking since Sir Alex Ferguson left – direction and purpose.

Lord only knows they need it now more than ever.