Home » Soccer » Messi does NOT call the shots at Barcelona… but fans wish he did!

PETE JENSON: Lionel Messi does NOT call all the shots at Barcelona… but fans wish he did. And Ronald Koeman be warned: he wants Neymar not Antoine Griezmann by his side – and he does help the coach pick the team!

Lionel Messi was once the quiet kid in the corner of the dressing room who barely made eye contact with team-mates. Now it seems he calls the shots at Barcelona.

As another coach falls and the club’s president Josep Bartomeu continues to wobble as elections for the club’s most powerful position are brought forward to next March, Sportsmail asks: just how politically powerful is the Barca captain? 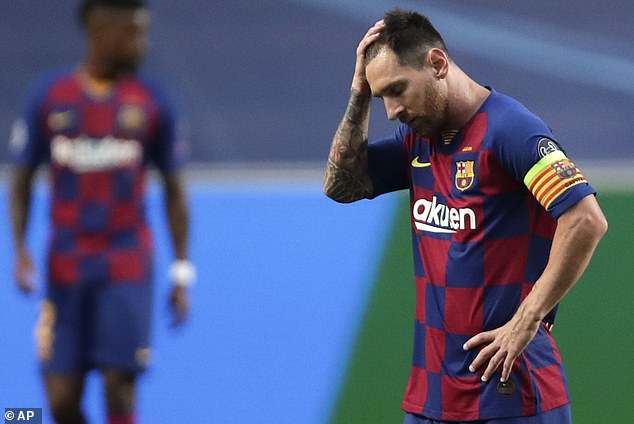 From timid teenager to boss at Barca… he runs the club doesn’t he?

No. And many Barcelona supporters will tell you if he did run the club it wouldn’t be in the mess it’s in. If Messi really called the shots to the extent that some believe he does then Neymar would never have left, or at least would have been re-signed by now and Antoine Griezmann would probably never have arrived. Ernesto Valverde would not have been sacked in January and replaced by Quique Setien. The list goes on. 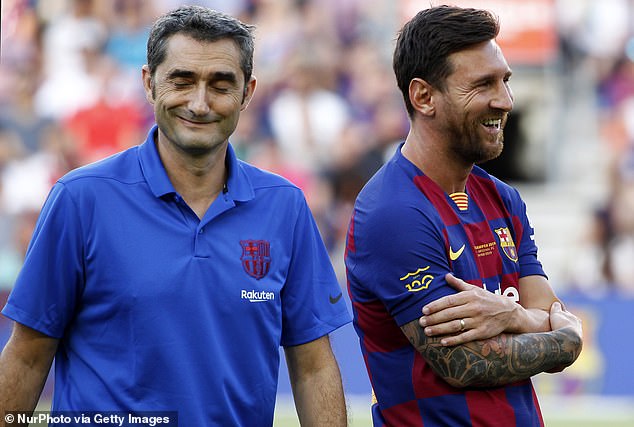 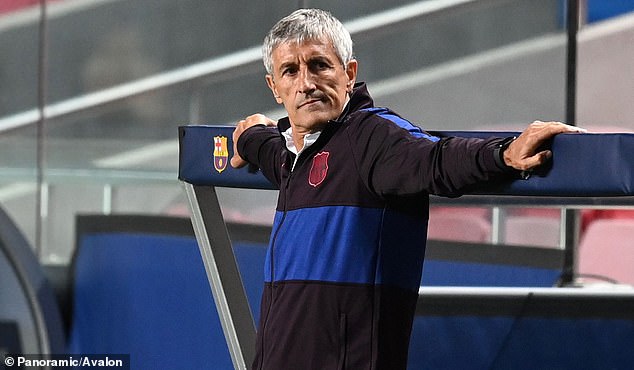 Yes that’s fair. But this is nothing new. Remember Wayne Rooney handing a transfer request in at Manchester United in 2010 and issuing a statement about the club’s failure to match his ambitions and compete in the transfer market? Messi is playing the same game, only now the statements are more likely to be made on Instagram or occasionally through journalist allies.

Why don’t the club buy the players he wants?

He asked the club to try to re-sign Neymar last summer. There were a couple of very public flights into Paris that ended, surprise surprise, with PSG telling Eric Abidal: no you can’t have Neymar. It wasn’t very subtle, it didn’t appear to be done with much conviction, and it seemed to be a gesture to Messi: look we’re doing our best! 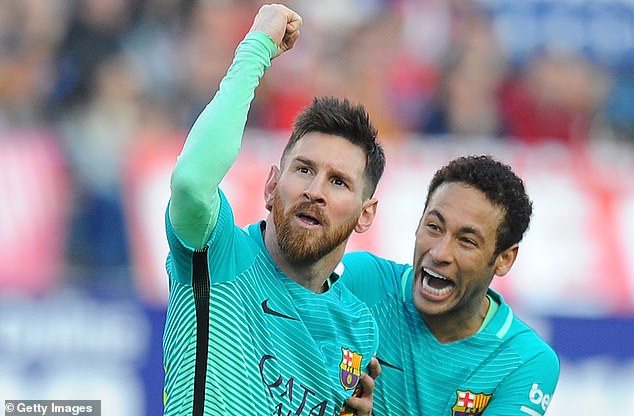 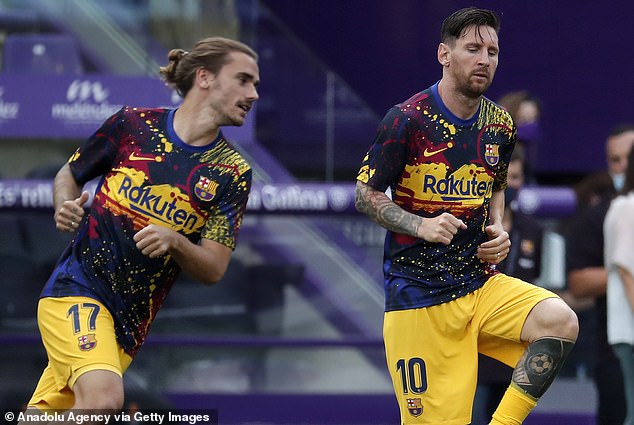 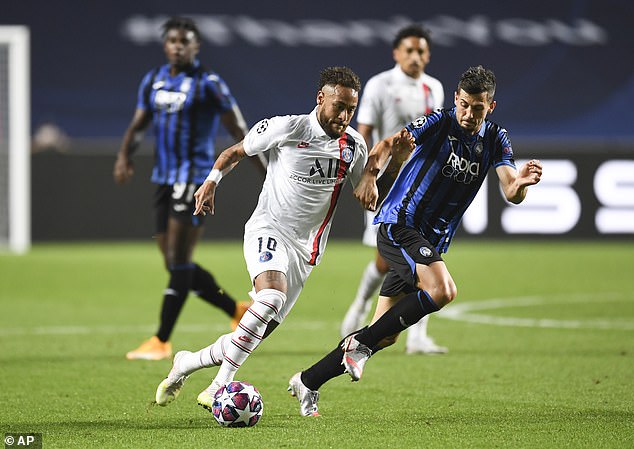 So he doesn’t pick the signings. Does he pick the team?

No, but he knows what he likes and the coach knew what he likes. New boss Ronaldo Koeman will know too. Arturo Vidal never really fitted the Quique Setien idea of what a Barcelona midfielder should be but Messi valued him and so more often than not – including in the starting line-up against Bayern – Vidal played at Griezmann’s expense. 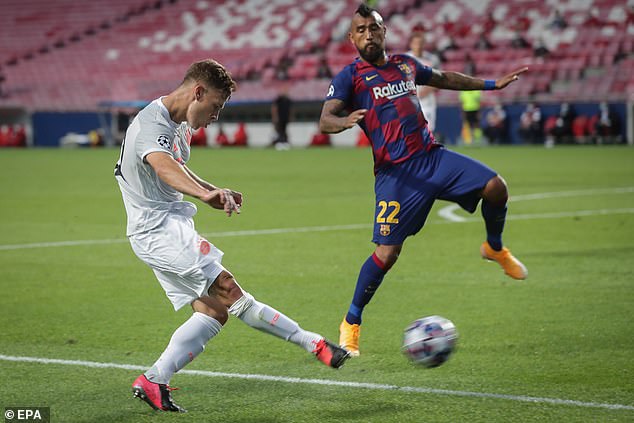 Has Messi made life hard for Griezmann?

No, not hard. The two met up in Ibiza when the players went on their mini-holidays after the league season finished and the Champions League restarted. They get along. But it’s no secret that Messi would have preferred the club re-sign Neymar than sign Griezmann.

He has also taken 17-year-old Ansu Fati under his wing. And when training restarted after lockdown but players could only work together in small groups it was notable that Fati and Luis Suarez were in Messi’s training group and Griezmann wasn’t. 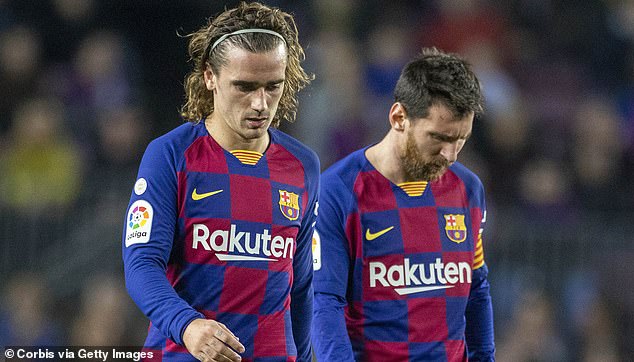 Despite their obvious qualities, the Griezmann-Messi experiment is yet to have delivered 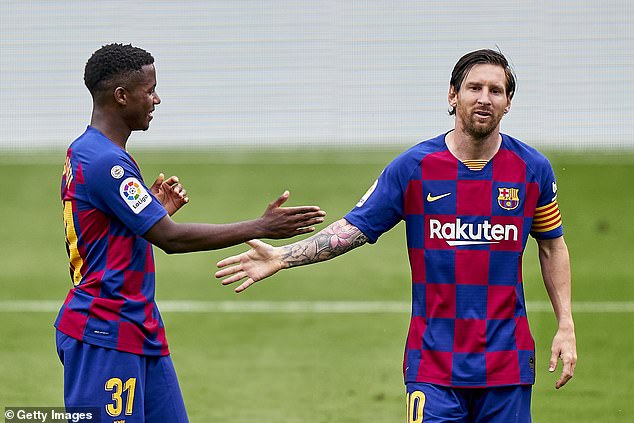 In contrast, the 33-year-old has taken teenager Ansu Fati under his wing at the Spanish giants

Is all this healthy?

What’s healthy for Barcelona is that Messi is happy and playing at his best. These are not power plays for the sake of it; he wants to win. He wants to retire with the biggest trophy haul possible. He only has three Champions Leagues (he doesn’t count the win over Arsenal in Paris when he was in the stands) and as far as he is concerned that is not good enough. And his likes and dislikes are often just logical.

It didn’t make a lot of sense for Barcelona to sign Zlatan Ibrahimovic in 2009. Messi had just made the false nine position his own. And if he was going to be playing centrally where was Zlatan going to play, on the wing? No chance. Messi knows what works and what doesn’t.

When he ceases to be the player who gets Barcelona out of trouble then he will no longer be able to justify having his say but right now he is still their saviour. They were only in Lisbon because he turned on the style against Napoli to put them through.

And what does he want now?

He wants real change at the club and that can only mean a new president. His relationship with Joan Laporta was always excellent and Laporta may well stand in the next election. Another candidate Victor Font seems to have Xavi in the bag as his coach and possibly Carles Puyol lined-up as Sporting Director – that would also be a massive improvement on the current situation. 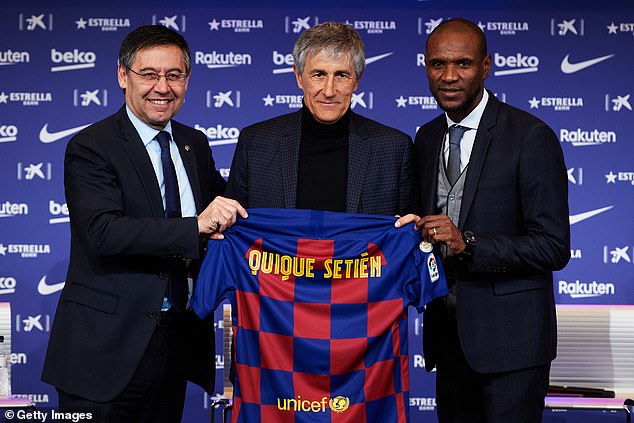 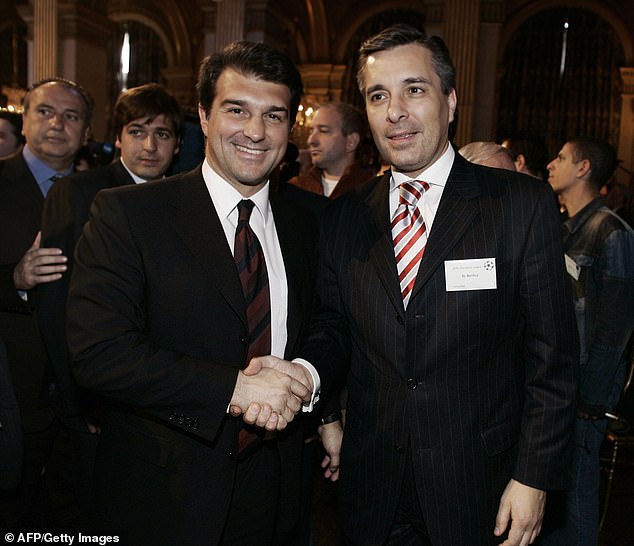 Is that why he’s not denied the story that he is ready to leave the club this summer?

If the fear over him leaving was the factor that forced next year’s early elections then it was a masterstroke. Maybe in every bluff there’s also small percentage of ‘I’ll really do this if I have to’. But for now it looks strategic. He believes he can win more before he retires. For all their problems there is still probably more chance of him doing that at Barcelona than elsewhere. But a lot has to change and at 33 he can’t really wait around too long for it to happen. 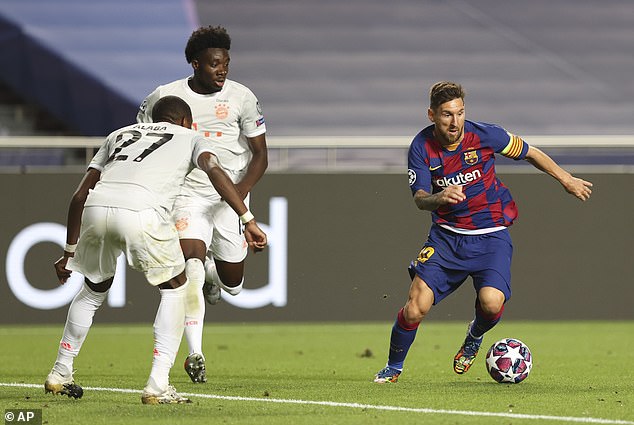 Despite an abject season, Messi knows his best chance of winning trophies remains with Barca

How does the Euro 2020 qualification draw work?