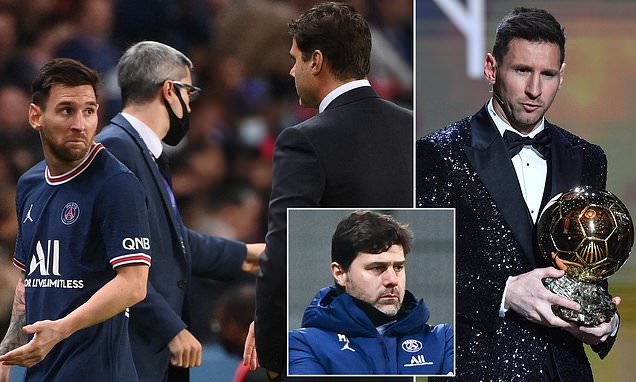 Lionel Messi ‘has doubts about the tactical skills of Mauricio Pochettino’, with his PSG gameplan deemed ‘too restrictive’ – and players fear the ex-Tottenham boss is too soft after he let THEM party after the Ballon d’Or win

PSG manager Mauricio Pochettino has found himself under yet more pressure, with Lionel Messi’s entourage reportedly holding doubts over his tactical acumen and believing his gameplan is ‘too restrictive’.

Pochettino, 49, has struggled to impress in the hot seat at the Parc des Princes despite having a star-studded team at his disposal – and the mixed form of superstar Messi after his arrival from Barcelona has raised further questions over his future.

Indeed, Messi has scored just one goal in Ligue 1 this season, and his camp have now taken aim at the coach in private over the team’s failure to take the division by storm, according to L’Equipe in France. 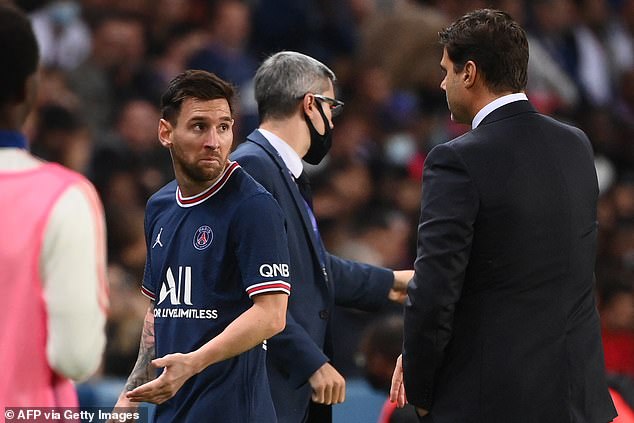 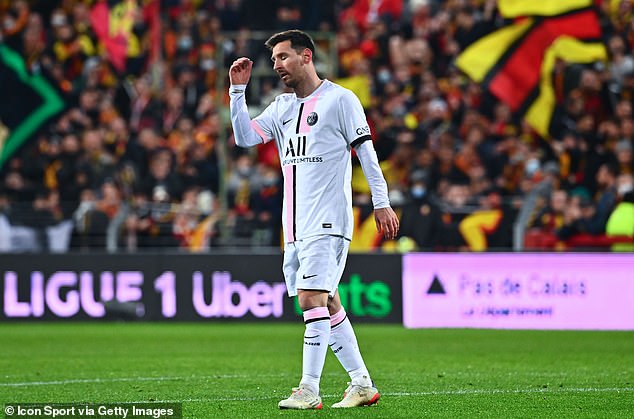 Messi has endured a mixed first season with the club, having scored just one goal in Ligue 1

Despite currently topping the table by 11 points, PSG have been heavily criticised for their poor, uninspiring performances. They were recently forced to settle for a draw against Lens and Nice, with Georginio Wijnaldum scoring late in the second clash.

A mouthwatering attacking trident of Messi, Kylian Mbappe and Neymar have often failed to click and Pochettino remains on the hunt to find his ideal line-up, having not played the same starting XI more than once this campaign.

Neymar has been ruled out with a long-term injury, but there is confusion over where Mbappe and Messi will be fielded. As a result of this, and Pochettino’s shortcomings, the seven-time Ballon d’Or winner’s entourage now harbour doubts.

The team’s style of play has also been savaged as being ‘restrictive’ – and their inability to transition to counter-attacks and get the most out of their talented forwards is another reason why former Tottenham boss Pochettino is under fire. 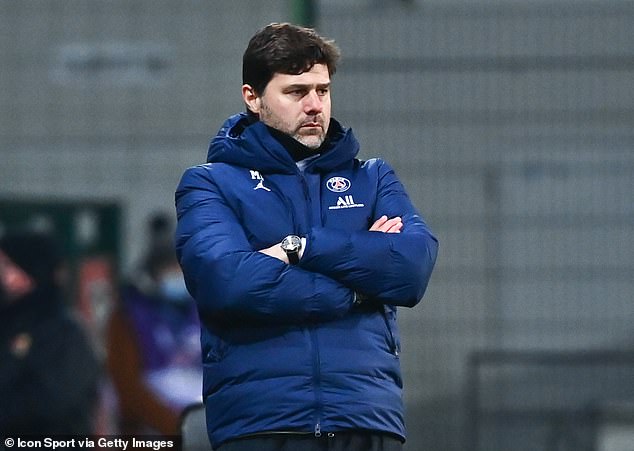 There are also concerns inside PSG’s dressing room that their manager is not harsh enough. Pochettino, as he has done throughout his time in the dugout over the years, has taken on a level-headed and understanding approach to his players.

In the same report, it has been claimed that he ‘strives on a daily basis’ to avoid arguments and show ‘consideration’. It has also been pointed out that he regularly defends his squad in press conferences, despite their underwhelming form.

During the early stages of his tenure, he was spoken about fondly by his stars and favourably compared to his predecessor Thomas Tuchel, before his stint soured and he was sacked. However, the approach also has its limitations.

Sources close to the club have told L’Equipe that Pochettino has ‘lost credit’ with parts of his team as a result of his soft approach. 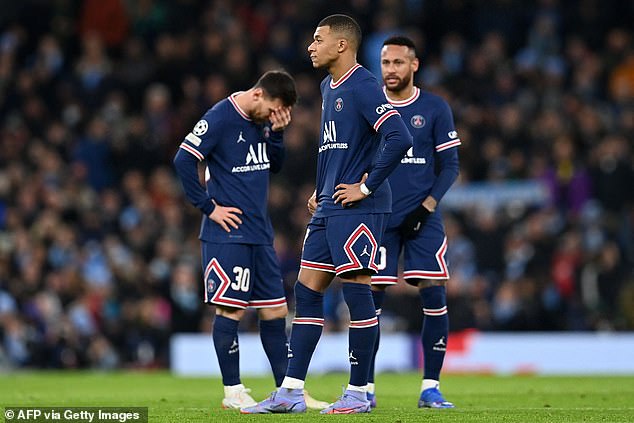 Their attacking trident of Messi, Kylian Mbappe (C) and Neymar (R) have so far failed to click 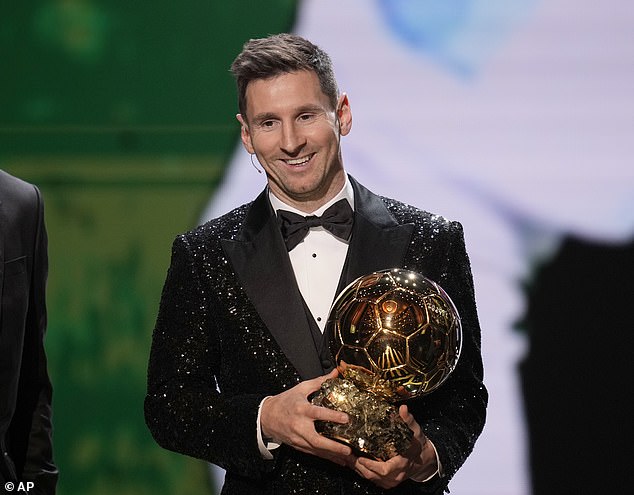 Messi won his seventh Ballon d’Or recently, and PSG’s players were then allowed to celebrate

Messi’s recent Ballon d’Or triumph was celebrated with a party on November 29, but the festivities arrived just two days before their draw against Nice.

This is not the first time that Pochettino and his coaches have been lenient, either. The same outlet goes on to add that on several occasions over the past year, Pochettino has been conciliatory despite questionable behaviour from players.

The new storm comes just weeks after Sportsmail revealed that Pochettino was open to taking up the managerial vacancy at Manchester United mid-season, before Ralf Rangnick was handed the reins on a six-month contract instead.

It is understood that he is unhappy with life in Paris, and has struggled to deal with the big egos in his ranks – with Messi, Mbappe and Neymar among them. 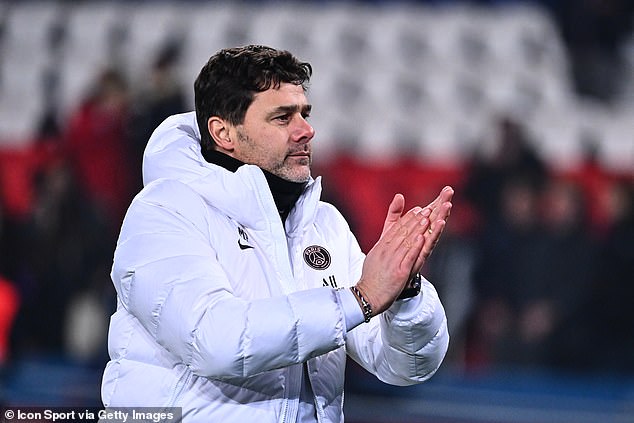 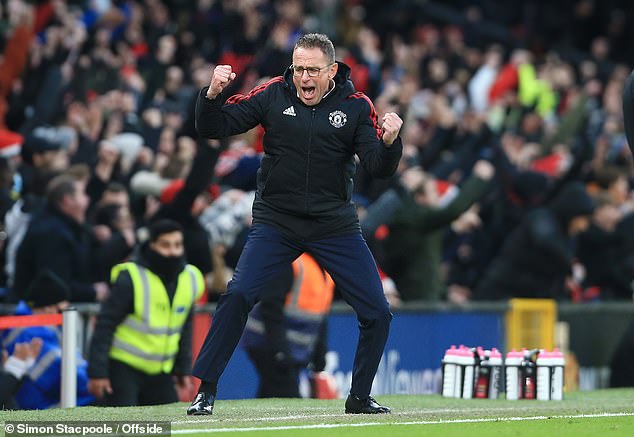 But United instead turned to Ralf Rangnick, who enjoyed a winning start against Crystal Palace

According to Telefoot, United would have landed Pochettino if two terms were met.

They reported that PSG would have allowed the tactician to leave if United stumped up £17million to buy him out of his current contract – which runs until June 2023.

And it was also stated that PSG would have sanctioned his departure once Zinedine Zidane was ready to step in and put pen to paper to be his successor.

PSG next take on Club Bruges in the Champions League tomorrow, although they are four points behind Manchester City and now cannot top Group A. 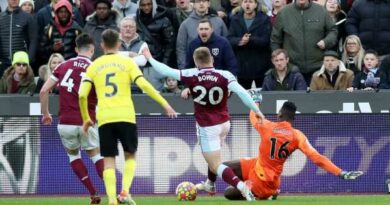