Lionel Messi has followed through on his threat and not turned up for the start of preseason as he continues to push for a move away from Barcelona.

The Barca players were due in for coronavirus tests on Sunday ahead of Monday’s first training session since Ronald Koeman was appointed as coach. Messi was due at 10.15 a.m. CET but did not show up. Sources had told ESPN that Messi planned to skip Sunday’s meeting.

Messi, 33, has been advised by his legal team that taking part in preseason for the 2020-21 campaign would compromise the claim that he was able leave for free at the end of 2019-20.

Barca received a burofax to that effect from Messi last Tuesday. The Argentine forward said that he was using a clause that allowed him to unilaterally terminate his contract at the end of the season.

The Catalan club say the clause expired in June and any club that wants to sign Messi will have to pay his €700 million release clause — although reports in the local media now suggest that clause may not be active in the final year of his deal. His contract, signed in 2017, expires next summer. Messi and Barca are now facing the possibility of a legal standoff over the clause as he continues to insist that he is free to quit the Camp Nou this summer.

Barca, meanwhile, could look to take disciplinary action against Messi for Sunday’s no-show, as they did with Arthur Melo last month. Sources have also said Messi will not attend individual training on Monday.

Club president Josep Maria Bartomeu responded to Messi’s burofax by offering to quit. Sources told ESPN earlier in the week that Bartomeu would step down if Messi announced publicly that he was the problem and he would stay if he resigned. The Messi camp did not respond to Bartomeu’s pledge but did request a meeting with the president. No meeting has yet taken place.

Messi’s desire to leave is rooted in problems on the pitch — especially failings in the Champions League since 2015 — and off it, where he’s clashed with the board over a number of issues. He has not spoken in public about the reasons why he wants out yet but sources say he will do when the time is right.

Manchester City remain in pole position if he does leave. ESPN explained on Friday the Premier League club would be willing to pay a fee of up to €150m for Messi, who has already spoken with coach Pep Guardiola.

Luis Suarez could also be leaving Barcelona this summer but he was at the training ground on Sunday for the tests. Suarez, 33, has been told he’s not in Koeman’s plans for the forthcoming season but will continue to train. 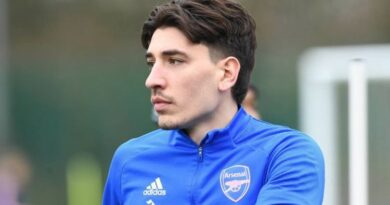