Home » Soccer » Messi on Copa success: I have peace of mind 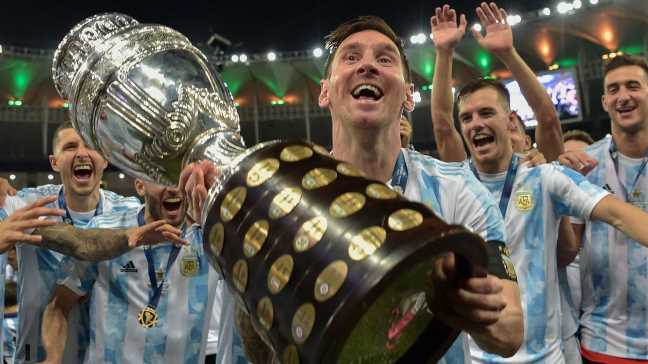 Argentina captain Lionel Messi has told ESPN he has “peace of mind” after winning the Copa America, his first major triumph with the national team after past disappointments.

Messi, 34, went into the tournament after four failed attempts for Argentina in finals and the Albiceleste lifted the Copa America after a 1-0 win over Brazil at the Maracana stadium on July 11.

Before the success at the Maracana, Messi had lost three consecutive finals in a three-year span — the first coming in a 1-0 defeat to Germany at the 2014 World Cup in Brazil, before they were beaten by Chile in the Copa America finals in 2015 and 2016.

“I have peace of mind of having achieved the dream that has been denied to me so many times,” Messi told ESPN while on international duty. “It was like a dream, a spectacular moment. I couldn’t believe it had happened. I enjoy watching the images now more than at the time as I was in a daze. I didn’t quite understand what was happening.”

Asked about how he felt following the defeats, Messi added: “A part of the media treated us as failures, saying that we didn’t feel the [responsibility] of wearing the jersey, that we shouldn’t be in the national team.

“We tried to be champions before, we were the first ones to want to. It’s very difficult to win a World Cup or a Copa America. At the time they didn’t value what we did, they only put emphasis on the fact that we didn’t achieve the aim. The important thing is to feel satisfied that you have given your all…luckily, the last time [final] was different.”

The six-time Ballon d’Or winner was voted the player of the tournament after contributing four goals and five assists in the competition.

“Everything I won was important and beautiful, but this was the most difficult because I went through many things …it was knock after knock,” Messi said, referring to the coronavirus pandemic and the late change of Copa America venue which was scheduled to be played in Colombia and Argentina.

“I finally had happy holidays from the first day to the last. Before I was bitter and now it was different from start to finish. My children sing Argentina songs all the time, they remember the final against Brazil and for me it’s spectacular to see how they enjoy that.

“Every other minute they tell me: ‘Dad you were champion’ I can’t explain it. I would have loved for my family to be at the Copa America but they were unable to be present at any game, even the final. It was a bit the price we had to pay. We were champions just when they couldn’t be there.”

“Scaloni is one of us, he has great merit,” Messi added. “It was he who selected the national team, the one who believed, the one who took charge at a difficult moment.

“He gave us confidence, he was bringing in new people, he always knew what he wanted and we grew. From the Copa América 2019 we took a leap.” 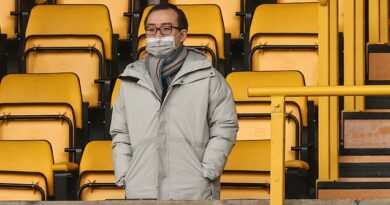 Wolves widen the net in their search for Nuno's replacement