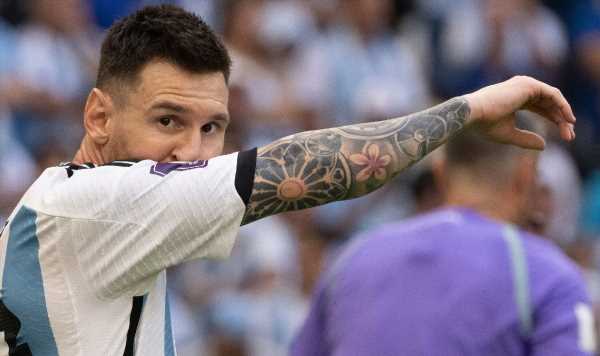 Lionel Messi reportedly told Argentina players they must rally and support each other in the wake of their shock 2-1 defeat to Saudi Arabia on Tuesday. The PSG star’s side had gone into the game expected to claim all three points in their World Cup opener. However, despite taking the lead, they fell to a crushing defeat in Doha.

Argentina had gone into their game with Saudi Arabia on a run of 36 matches unbeaten, just one shy of Italy’s run of 37.

Messi got them off to a perfect start, with the PSG star coolly converting a penalty to draw level with Cristiano Ronaldo on seven World Cup goals.

However, Saudi didn’t read the script and Saleh Al Shehri drew them level shortly after the break with a low effort that beat Emiliano Martinez.

And the comeback was then complete when Salem Al Dawsari scored a stunner to give his side all three points.

Messi cut a dejected figure after the game.

But Clarin, via TheIndianExpress, have claimed the 35-year-old delivered a rousing speech to his team-mates on the bus back to the hotel.

It’s claimed he told them that it was time for them to show what they’re made of, to be stronger than ever and to look ahead – rather than dwell on the defeat.

Many Argentina players kept a low profile afterwards, apparently calling their families and friends while staying away from the public eye.

Messi cut a subdued figure after the defeat and, in the mixed zone, admitted his team-mates felt ‘dead’.

“The truth? Dead. It’s a very hard blow because we did not expect to start in this way,” he said.

“We expected to get the three points that would have given us calmness.

“Things happen for a reason. We have to prepare for what is coming, we have to win, and it depends on us.”

Argentina boss Lionel Scaloni, meanwhile, insisted his side hadn’t been complacent against Saudi.

“We fully respect Saudi Arabia as we do with other teams, that’s not the reason for our defeat,” he said.

“They are a good team with technical players, they are very well prepared physically.”

He added: “What comes ahead is to rise up, to face Mexico.

“They will be tough, as everyone is at the World Cup. Now we need to win two games to move on.

“Of course this is difficult but regardless of the result today we would anyway try to win all the games.”

The other game in the group saw Mexico lock horns with Poland.

And it ended in a goalless draw, with Barcelona star Robert Lewandowski missing the biggest chance of the game from the penalty spot.

The 34-year-old saw his spot-kick saved by Guillermo Ochoa, who is playing at his fifth World Cup.

And Lewandowski is still yet to score in the competition, with Poland and Mexico both missing out on the chance to put further distance between themselves and Messi’s Argentina.

Poland boss Czesław Michniewicz sympathised with his talisman after the game and insisted nobody was angry with him inside the dressing room.

“These things happen in sport,” he said. “Especially at the championships, these are huge emotions.

“No one here has a grudge against Robert. Previously, in very important matches, in many tournaments, great footballers did not score.”

Mexico manager Gerardo Martino felt his side deserved to win. He said: “It was a game where in the first half we controlled it better. We deserved to leave with some kind of advantage.”

On Argentina losing, he added: “Obviously, that surprised the world.” 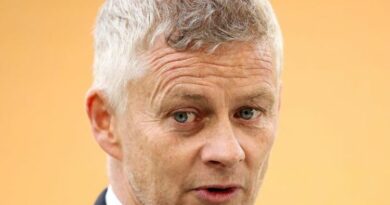