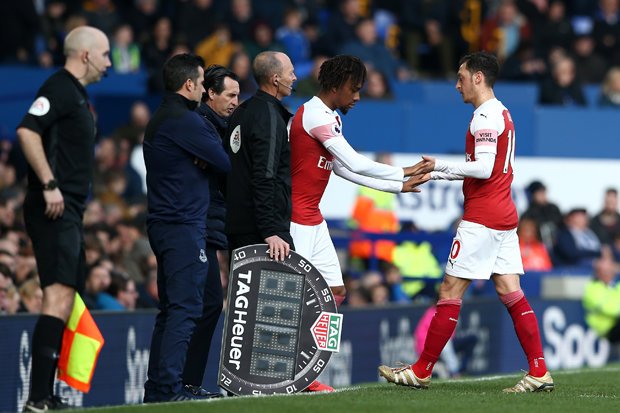 “He was trying, he does what he does and that’s how he plays.

“To leave him out completely and say the things he’s saying about tactically and his physicality I found that very uncomfortable.

“I don’t think Mesut’s learned any lessons he will continue to play how he plays.

“If you look at his stats he runs back as much as anyone else he does his fair share of that kind of stuff.

“The way he plays he’s too good to not be involved at all. Whatever people are saying about that he doesn’t do it against the top six.

“I’m not interested because against teams like Newcastle and the rest he will do it and that’s where you’re going to pick points up.” 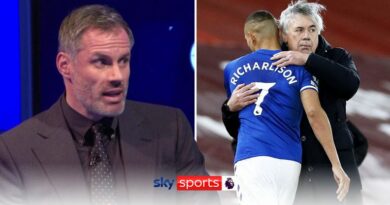 Jamie Carragher: Carlo Ancelotti was Everton's man of the match in win over Liverpool at Anfield