Mesut Ozil vows to stay at Arsenal until 2021 as he reveals he will see out huge £350,000-a-week deal after resurgence under Mikel Arteta

Mesut Ozil has revealed his intention to see out his lucrative Arsenal contract after a resurgence under Mikel Arteta.

The German midfielder had looked set to leave the Emirates prior to the Spaniard’s arrival, having been frozen out by previous boss Unai Emery.

That had led to Ozil being linked with a move to a number of clubs over the last two windows, and even in December last year there was still talk of a loan move to Fenerbahce being close. 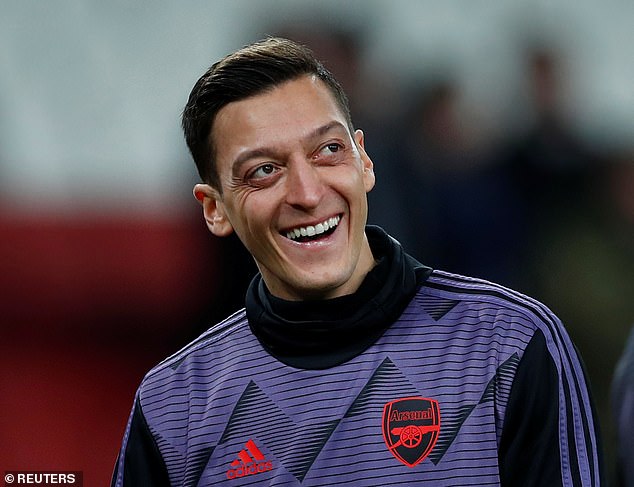 Mesut Ozil has revealed that he plans to see out the rest of his £350,000-a-week contract

Indeed, there was a  desire to get his £350,000-a-week wages off the books at Arsenal, especially with his impact on the pitch limited.

That deal does not finish until 2021, and the 31-year-old has now suggested that he plans to see it through, after the arrival of Arteta.

‘I’m very pleased with my contract and I will continue here this season and next,’ he told beIN Sports 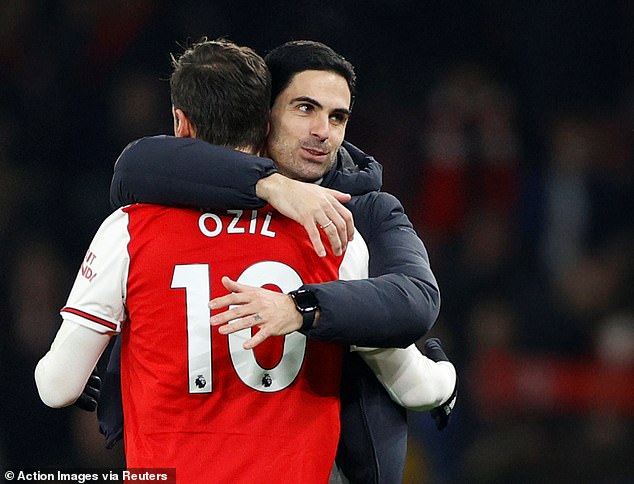 ‘I can’t tell you what the future will bring, I’m excited about the future, but I don’t know what’s going to happen.’

Arsenal are back in Premier League action on Saturday when they entertain Sheffield United at the Emirates, and Ozil will be hoping to play a part once more.

The Gunners are currently sat 10th in the table, six points behind Manchester United in fifth, and 11 points behind the final Champions League spot, currently occupied by Chelsea.

Football: Barca's Dembele back training ahead of Man United clash

Jordan Henderson insists Liverpool can't use injuries as an excuse