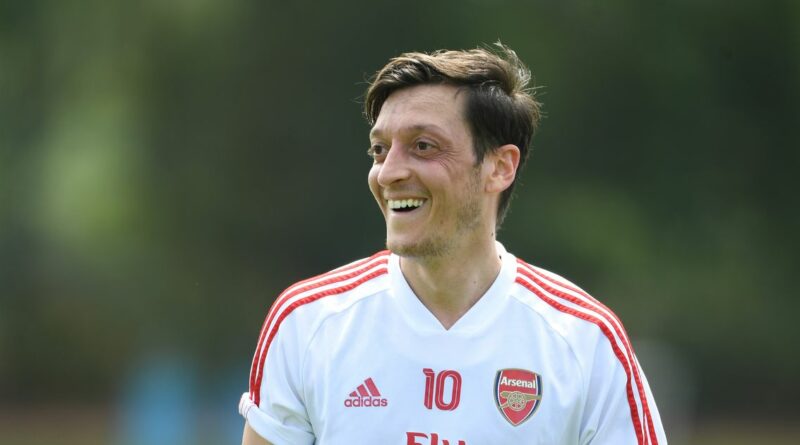 Mesut Ozil's brother has dropped a massive hint which points towards the German's imminent departure from Arsenal.

The Gunners star could be about to achieve a January exit having previously stated his intention to see out his contract.

Ozil's deal at the Emirates expires in the summer and he would then be available on a free.

He remains the club's highest earner on £350,000-a-week, but that has not ensured him a place in the team with Mikel Arteta leaving him out of the club's domestic and European squads.

You have to go back to March to find the last time Ozil played for Arsenal .

A move to Turkish side Fenerbahce has long been touted but last week MLS side DC United were looking to enter the race.

They tabled a lucrative offer which was prepared to enhance Ozil's stature off the pitch.

But it seems as if a switch to Fenerbahce could happen this month with terms being negotiated.

Sky in Germany understand that a three-and-a-half year deal is going to be offered to the World Cup winner.

And Ozil's brother, Mutlu, on Saturday night posted a picture of the Fenerbahce badge on Instagram alongside a winking face emoji.

The Turkish club could seal the playmaker's services for nothing but a sticking point may be whether the player wants the final six months of his deal paid out.

That would cost Arsenal around £9m and Arteta has already said that any move away has to suit Arsenal as well as the player.

"I don’t know what is going to happen. Obviously now he’s free to negotiate with other clubs," he said

"We will discuss internally what the best situation for him is for the near future, obviously with the player and the agent too, and try to find the best solution for everyone.

"If something was sorted this month, it’s because it is good for both parties, it is good for Mesut and his future, and it’s good for the club. If that’s the case, we will move forward, of its not the case the player will stay here."