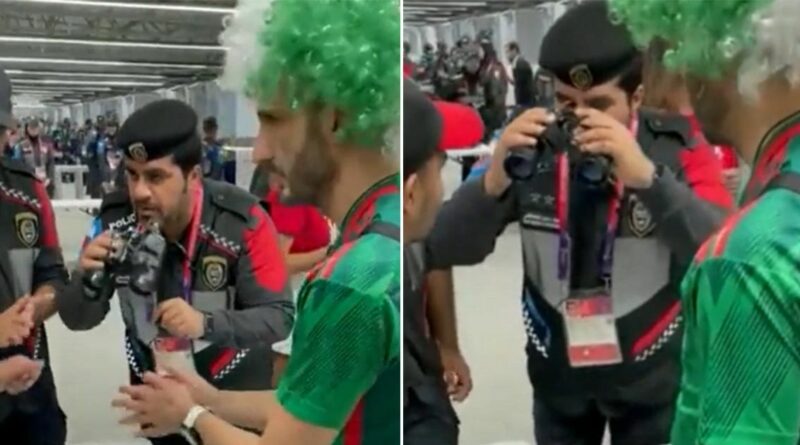 A couple of sly-eyed Mexico fans were caught sneaking booze into the stadium ahead of their country's clash with Poland on Tuesday … in a pair of fake binoculars.

FIFA made the controversial decision to ban the sale of alcohol inside the grounds during the World Cup after allegedly bowing to pressure from Qatar's Royal Family, who like the majority of the country are strict Muslims and completely teetotal.

To ensure the ban is upheld, supporters must go through a security check before entering each stadium, which is where our Mexican friends were caught red-handed.

In a video published to Reddit, a Qatari security guard is seen inspecting a pair of binoculars taken from the neck of a (presumably buzzed) Mexico fan. He grows suspicious after peering through the fake lens and quickly works out that what he's holding is a secret flask.

He then unscrews the end of the lens and pretends to take a swig before swiftly screwing the cap back on with a look that says: 'I'm not angry, I'm just disappointed'.

Despite having their booze confiscated, the Mexicans won plenty of fans on social media for their daring, creative attempted.

Where would you hide booze if you wanted to sneak it into a World Cup match? Let us know in the comments section below.

"Absolutely legends these two, hope they didn't get thrown in jail or something," one Reddit user wrote.

"Haha what a top effort! So sad to see it fail," commented another, while a third said: "Should hidden it in that giant wig of his! Or maybe a Sombrero!

After having their booze nicked, those poor Mexican buggers then had to sit through a two-hour goalless snooze-fest … what a way to kick off the tournament! 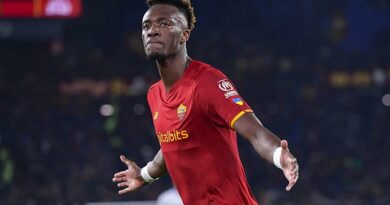