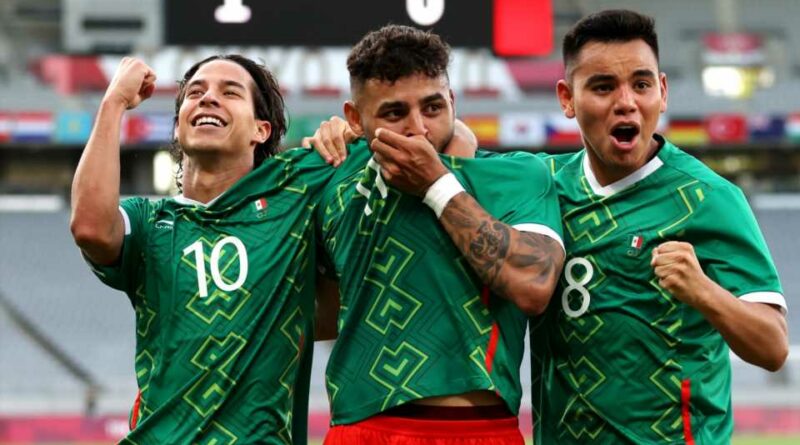 Nine years after Mexico won its first men’s soccer gold medal, El Tri looks like it has what it takes to make another run at the top of the Olympic podium. The Mexican side showed it’s ready to contend, opening its 2021 Olympic tournament with a convincing 4-1 win over France, one of the pre-tournament favorites.

The Mexicans were better than France in every sector of the field and it was reflected in the scoreline thanks to four second-half goals by four different scorers: Alexis Vega, Sebastian Cordova, Uriel Antuna and Eduardo Aguirre.

“We’re a talented team,” goalkeeper and captain Guillermo “Memo” Ochoa said, “players with a lot of quality, with hunger to win, to shine and to transcend. Combine this with players who have played for the senior national team, and it shows when you have to make decisions in a game like this — a tackle, a pass or a shot. And today we did really well.”

There was very little not to like in Mexico’s performance, which showed few weaknesses and illustrated all the reasons they will challenge for the Olympic title once again:

France may have had the big name on the field in forward Andre-Pierre Gignac, but Mexico’s attackers were the ones that always looked like they could decide the game. And all of them did.

Vega on the left and fellow winger Diego Lainez on the right were electric with the ball at their feet, taking on defenders one-on-one and going straight at goal. And every time they went at the French defense, they caused havoc. With teammate Henry Martin dutifully fulfilling the center forward role, Vega and Lainez had a willing partner who occupied defenders and opened up space for them.

Vega looks like he’s in the best form of his career, and when he plays with the kind of fire he showed against France, he’s hard to contain. Meanwhile, Lainez was the brightest player on the field and created the first goal on one of his several penetrating runs into the box. His classy cutback cross served up an inviting ball that Vega burst into the box to head home.

If you include attacking midfielder Cordova in this attacking mix — he showed his soccer IQ on his well-taken goal in the box — it’s easy to understand why all these players are already part of the senior Mexican national team setup under head coach Gerardo “El Tata” Martino.

You know things are really clicking when two players come off the bench and also score. Mexico Olympic coach Jaime Lozano was rewarded for his decision to bring on attacking reinforcements despite holding a lead. On came right winger Antuna (72nd minute) and center forward Eduardo Aguirre (88th minute) and they helped seal the deal.

Antuna’s speed will be a real weapon off the bench in this tournament. He used it to good effect on Mexico’s third goal when he came on for Lainez. First he backed up his defender and then cut inside before firing a low, driven shot off the post. It came with 10 minutes remaining and helped put the game out of France’s reach.

And Aguirre is a less experienced version of Henry Martin, with arguably a better nose for goal. He showed it on his strike, Mexico’s fourth, driving the ball from a tight angle past the goalkeeper at the near post. Expect him to get the start in one of the group games to give Martin a breather ahead of the single-elimination knockout rounds.

No weak links on defense either

If it wasn’t enough that Mexico had the best attacking talent on the field, the players on the back line also outshined their opponents.

Right back Jorge Sanchez is multi-million dollar transfer material with the combination of range, strength and speed. France rarely bothered attacking down his flank.

Although it definitely helped that they had experience playing against Gignac in Mexico’s Liga MX, the center backs — Cesar “Cachorro” Montes and Johan Vasquez — were in control. The only real misstep was the Montes lapse in judgment on the slide tackle in his own box that led to France’s penalty goal.

Romo is the glue guy

His name doesn’t show up in the box score this time, but central midfielder Luis Romo is the most important player on this Mexico team. La Liga club Getafe was making a transfer push for him, but his Mexican club Cruz Azul has reportedly rejected it and they might be able to get fresh bidders if there’s a deep Olympic run in store for Mexico.

Romo is seemingly everywhere on the field, and it’s because he has such a great feel for the game. He brings a balance to his team, supporting the attack or protecting the back line, and whatever he selects is generally the right decision. Plus, he runs for two players, making him a massive presence on the field.

The players know each other well, thanks in part to previous camps under senior Mexico manager Tata Martino. That familiarity was evident against France, a team that was only assembled for this tournament and will never play together again.

Mexico was the cohesive side and it showed in their passing and how they ran off each other, especially in transition. All the players have clear roles and they play them well. For example, left back Erick Aguirre was a stay-at-home defender and didn’t overextend himself on the attacking side, especially with Sanchez marauding down the right. And that worked out just fine.

This spirit was most evident in the moments after their goals, when the Mexicans sent a message to France that they wouldn’t be letting them back in the game: El Tri knocked the ball around with personality, keeping it away from the French. It was a flex move by a team that is aware it’s good.

Mexico has the look of a complete team — they can score, they can defend and they can manage and control games. Outside of Brazil, there doesn’t seem to be another nation that they should be scared of the rest of the way, especially the way El Tri handled France.