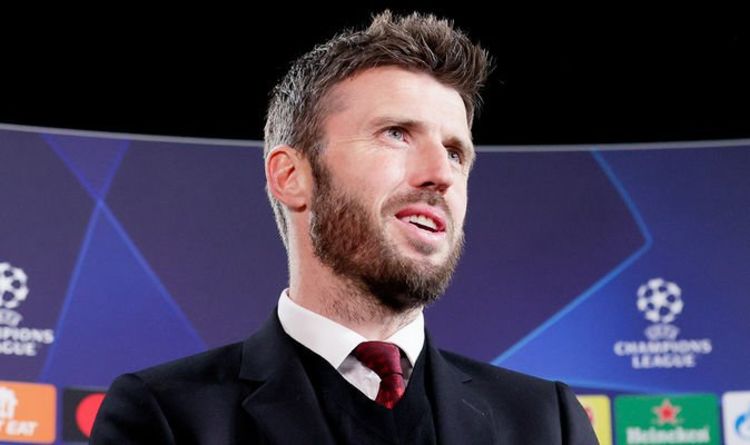 United had to dig deep against Unai Emery’s side and waited until the 78th minute before opening the scoring.

Good work from Fred won the ball back for United and Ronaldo’s lobbed effort was to perfection.

Sancho then sealed the win in the 90th minute, firing in off the crossbar to score his first for the club since his summer arrival from Borussia Dortmund.

Carrick was delighted with the win and the character his side showed.

“I thought the boys had to dig in at times, they showed a little bit of everything, I was delighted with the way it ended up.”

United had to put in a dogged display, which Carrick said had to be the case following recent performances.

He added: “Let’s be honest, we couldn’t hope to come out here and play pretty football from the word go when you’ve suffered results wise and you’re not in a great vein of form individually and as a team it’s not it’s not easy to just come out and let everything click.

“In some ways it was the best way to win as a team, we had to show some character, dig in and fight. It went our way at times, didn’t go our way at times, it seemed like the game was going away from us at times, we got back together again and the subs made a massive impact towards the end.

“It had a little bit of everything and that’s all I can ask for, the players gave everything.”

Carrick singled out Ronaldo and Sancho for praise, as well as Fred, in his post-match interview.

“Won the ball back, which we wanted to, we looked for that and yeah Ronaldo when he gets that chance, puts it away. That’s another to his list.

“To finish it off with Jadon was brilliant, I know how much he loves the ball at his feet, making stuff happen, that’s where he’s the happiest, but I thought he put a real defensive effort in as well, it was a big night for him.”

Carrick was pleased with how the evening panned out but made sure to dedicate the result to the former boss.

“I’ve said to the guys, it’s not been an easy couple of days for everyone at the club, I can enjoy it so much but still, that result feels like it’s for Ole, I can’t get away from that.

“We had a job to do without dwelling on it, things needed to be taken care of, and thankfully it all went to plan in the end.”