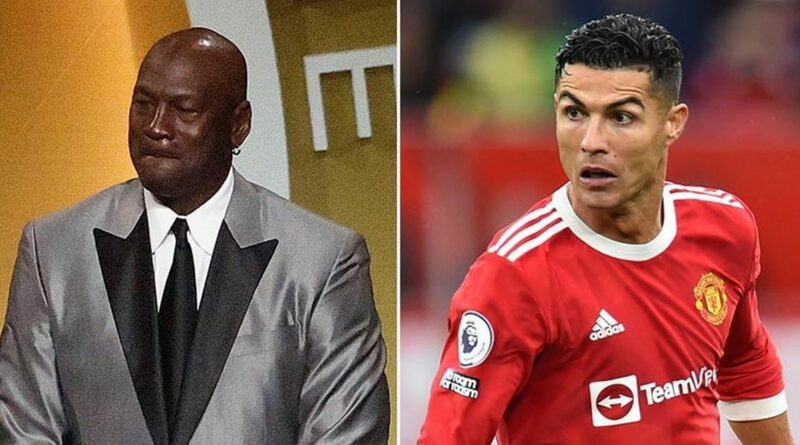 The net worth of NBA legend Michael Jordan is so vast it eclipses that of football stars Cristiano Ronaldo and Lionel Messi – combined.

Jordan, 58, is widely recognised among the greatest basketball players of all-time and enjoyed huge success with the Chicago Bulls in the 1980s and 1990s, winning six NBA championships and being named Finals MVP on six occasions.

Ronaldo and Messi, on the other hand, have shared the mantle of the world's best footballer for almost two decades, with both men regularly being touted as the sport's best player of all-time.

Daily Star Sport has now taken a look at the full career earnings and net worth of all three superstars to find out once and for all how they stack up against each other.

Who do you think is the greatest sportsman of all-time? Let us know in the comments section.

Sitting pretty in third on Forbes' 2021 list of the world's highest-paid athletes, Ronaldo earned a cool £88million in the previous year.

That figure can be broken down into a whopping £51million salary and £37million in endorsements that include a lifetime deal with Nike, plus tie-ups with Herbalife, Tag Heuer and Clear Haircare.

Forbes also included Ronaldo on their overall long-list between 2010-2019, putting him second only to boxing Floyd Mayweather Jr with total earnings of close to £590million.

While it is impossible to distinguish Ronaldo's exact net worth, estimates that take into account both sponsorships and general pay plus investments put him at around £363million.

There aren't many former sportsmen and women who are worth billions, but then Jordan is no ordinary person.

Throughout his career, the NBA legend has made it his business to be extraordinary, breaking new ground on and off the court.

During his playing days with the Bulls and the Washington Wizards, Jordan earned just over £66million – a figure that pales into insignificance when put up against his corporate worth.

Forbes state that has earned a whopping £1.32billion from partnerships with the likes of Nike, Hanes and soft drink firm Gatorade.

But it is with Nike and specifically the Air Jordan trainer that bears his name where he has enjoyed the most success, pocketing a figure just shy of £1billion since 1984.

All in all, Jordan, who also owns NBA side Charlotte Hornets, has a current net worth of just under £1.2billion.

Ranked second on Forbes' 2021 list of the highest paid athletes, putting him one place above great rival Ronaldo, Messi took home £95.5million as of April earlier this this year.

As with his Portuguese contemporary, that figure can be split into £71million in wages from his final season with Barcelona and a further £24million from endorsements.

The Argentine, who joined Paris Saint-Germain in the summer, has a shop bearing his name in Barcelona and also boasts his own clothing line as well as a lifelong deal with Adidas.

Estimates put Messi's net worth at roughly £309million, a figure that is only like to go up following his mega-money move to PSG.

Going by those estimates, Messi and Ronaldo have a combined net worth of £672million, which is by no means an inconsiderable amount.

However, it is dwarfed by Jordan's solo net worth, which comes in at roughly £1.2billion. Even with the combined might of two of the greatest footballers of all-time, they still fall around £500million short of Jordan.

That gap is only likely to widen once Ronaldo and Messi retire, unless they can find a way of making more money out of their endorsements.