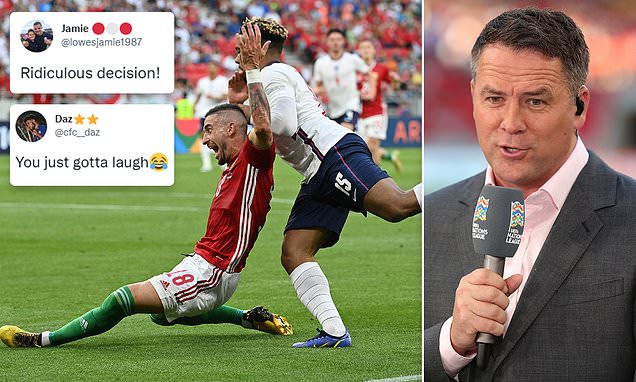 Michael Owen believes England were unfortunate to concede a penalty in their 1-0 defeat against Hungary on Saturday.

After a largely uneventful opening hour, the game came to life when substitute Reece James was adjudged to have fouled Zsolt Nagy inside the area, having under-hit his back-pass to Jordan Pickford.

Dominik Szoboszlai stepped up to score from the spot, but Owen has claimed that the penalty should not have been given in the first place. 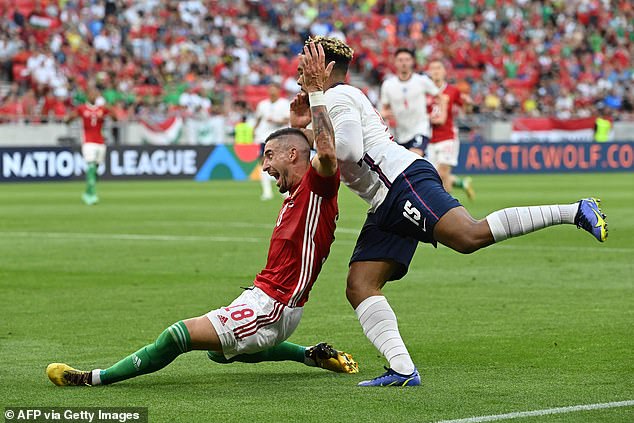 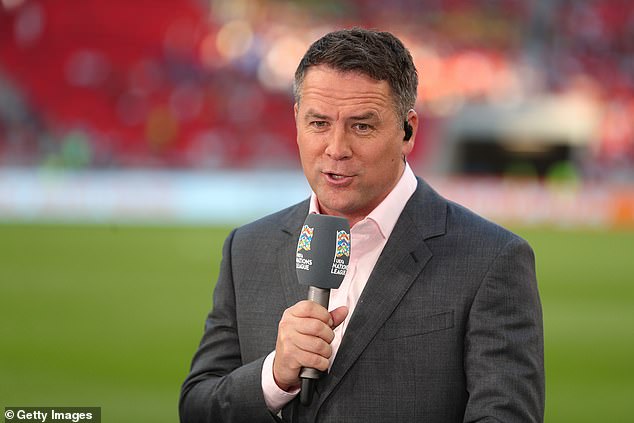 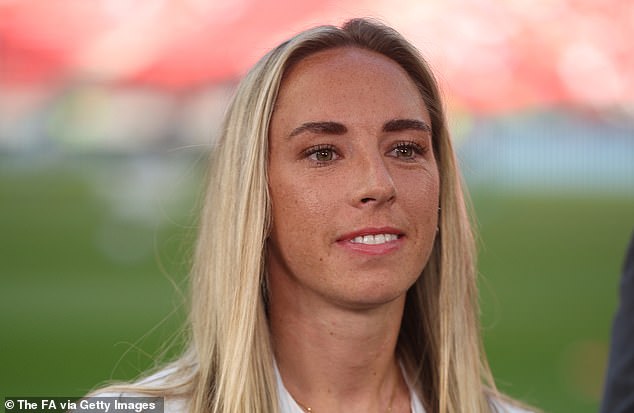 ‘I think it was harsh,’ Owen told Channel 4 as he reflected on the decision that led to England suffering a rare loss.

‘I still think he’s (James) a little bit at fault, I don’t think he needs to put his arm across his man. The long diagonal was a thorn in our side throughout the game.

‘I know what he’s trying to do, he’s just trying to block his man so Jordan Pickford can come and clear. I’m not sure he needs to do it. But I think it’s a very harsh penalty. I don’t think there’s enough there. I think he’s made the most of it.’

Fellow pundit Jordan Nobbs was also far from convinced that the referee made the right decision.

‘I can understand there’s a tiny bit (of contact), but it’s way too harsh considering he got the ball first and then he’s just putting his body on the line,’ Nobbs added. 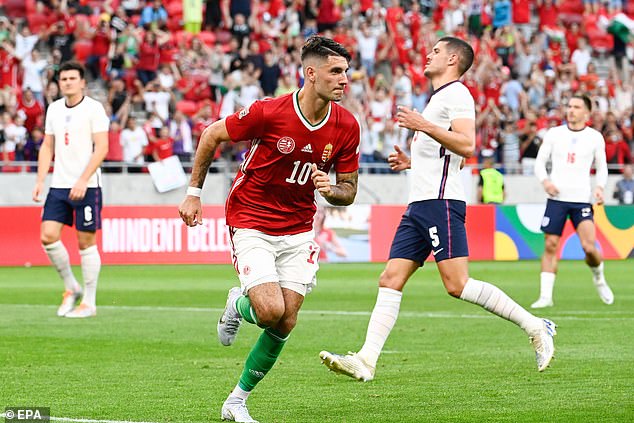 Dominik Szoboszlai scored the penalty, which turned out to be the only goal of the game 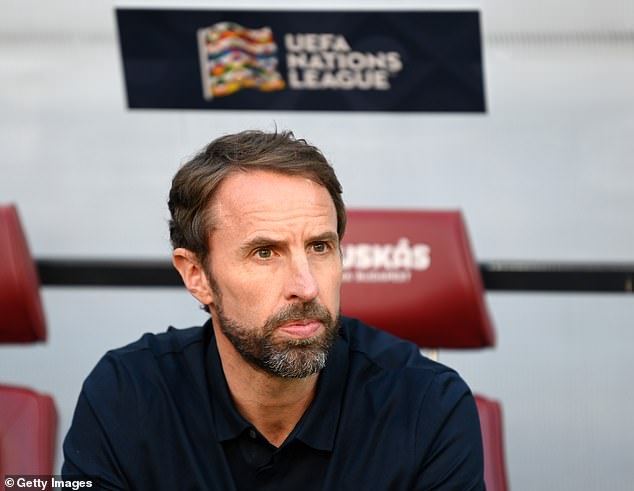 Fans watching the game reacted to the incident on social media, and they seemed to be largely in agreement with Owen and Nobbs.

‘Ridiculous decision!’ one fan wrote after the referee pointed to the spot.

One supporter claimed the penalty awarded to Hungary was ‘ridiculous’

One observer was left bemused by the penalty decision

‘Game’s gone,’ another fan added, while a fellow supporter claimed: ‘You just gotta laugh,’ such was their bemusement at the decision.

Meanwhile, one supporter was even harsher in their criticism of the referee’s call.

‘Worst penalty decision I’ve seen in a long time,’ they posted on Twitter.

England were unable to get themselves back into the match after the controversial penalty call as they suffered their first loss against Hungary in 60 years.

Gareth Southgate’s side will return to action on Tuesday when they take on Germany in Munich.