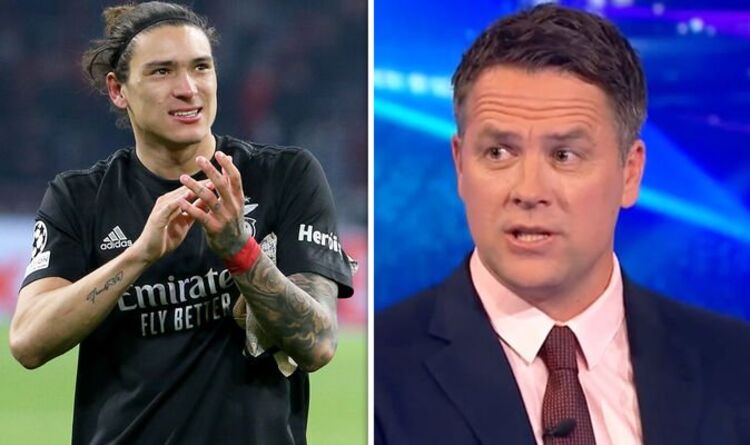 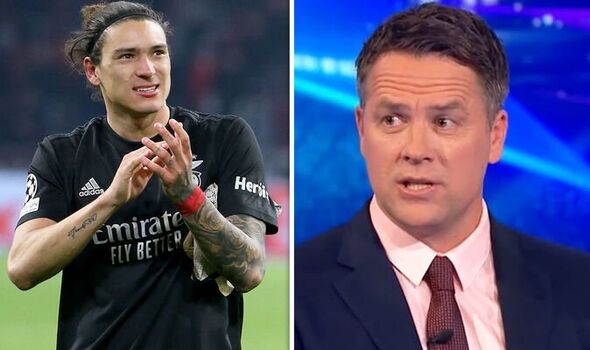 Michael Owen has backed Benfica striker Darwin Nunez to get a move to a “top European club” amid interest from Arsenal and Manchester United. Nunez’s form in Portugal has led to rumours surrounding his future.

The 22-year-old has 21 goals to his name in just 23 league appearances this season. Express Sport understands that Arsenal have added Nunez to the list of strikers they are keen on signing this summer.

Meanwhile, 90min.com claims United are paying close attention to the Uruguay international. Nunez lined up against Liverpool in the first leg of the Champions League quarter-final in Lisbon on Tuesday.

Ahead of the match, Owen explained why he is a fan of the striker. And he endorsed a move away from the Estadio da Luz.

Owen said on BT Sport: “He’s a great shape for starters. Nowadays, if you’re going to lead the line on your own you’ve got to have a real presence and he’s got that.

“He’s got size, he’s good in the air and he’s quick as well. He’s deceptively quick.

“Only 22-years-old. You think of how many decent strikers Uruguay have had in the past, and this lad looks like the next on the conveyor belt.

“He will give Liverpool problems, he’s certainly well touted around Europe. He could be the next one to join a top European club, he’s got plenty about him.”

Both Arsenal and United are in need of a striker this summer. Alexandre Lacazette and Eddie Nketiah are out of contract at the Emirates.

Meanwhile, Edinson Cavani is set to leave United and there is speculation over the future of Cristiano Ronaldo. Former Liverpool and England striker Peter Crouch expected Nunez to be a threat against his old side on Tuesday.

Crouch said: “I think Manchester United were looking at him. Suarez and Cavani, he plays up front with them for Uruguay and I think he’s got something like 27 goals in all competitions this year.

“He’s obviously going to be a big threat. Set pieces as well, he’s good in the air and against Ajax they (Benfica) were very good at set pieces. If they soak up a lot of pressure tonight, that’s where they could hurt Liverpool.” 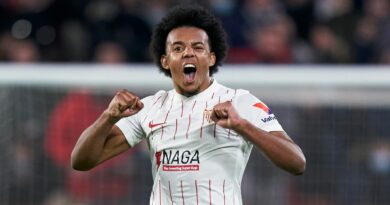