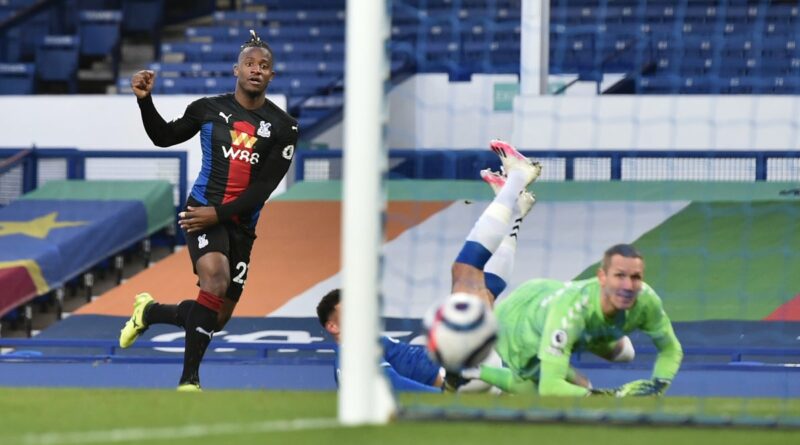 Hosts Everton had missed a number of chances in the first half before playmaker James Rodriguez marked his return to the side with his 100th goal in European club football in the 56th minute.

Everton still have a game in hand on all their rivals chasing Europe and also the top four but this was a match the Italian had suggested they had to win to maintain the pressure.

It means they stay in eighth and remain outsiders in a tight race in which any failure to capitalise on opportunities will be costly.

The Bank Holiday had looked like being a good one for them after Rodriguez, absent for six weeks as the club sought to rectify a niggling calf problem, had made the breakthrough.

In squeezing a shot inside the unsighted Vicente Guaita’s left-hand post the Colombia international scored Everton’s first second-half Premier League goal since the Merseyside derby in mid-October after previously failing with 51 attempts in 11 matches.

Rodriguez has been directly involved in eight goals (five goals, three assists) in nine Premier League starts at Goodison this season and he could well be the key to their success, with Richarlison and Dominic Calvert-Lewin misfiring.

He may have missed five matches during his absence but Everton had won just two and came into this game on the back of three successive defeats in all competitions.

His goal, when it eventually came, was not the sweetest of strikes but finished off a move in which left wing-back Lucas Digne’s cross was turned goalwards by substitute Gylfi Sigurdsson, saved by Guaita but returned into the danger area by the Toffees’ other wing-back Seamus Coleman for the Colombian to thread a shot around a crowd of legs.

It finally sparked Palace, still without a win in 13 meetings with the Toffees, into life after almost an hour of containment, and Eberechi Eze, from distance, and Wilfried Zaha both forced Robin Olsen to make saves.

But it was Batshuayi, who on recent international duty with Belgium had said he had the trust of his country but not his club, who struck within two minutes of coming on to make it just one victory in eight home league matches for Everton.

That is likely to be their Achilles heel as at this stage of the season results mean more than performances and it will be even more frustrating after a first half lacking in quality up front, with Richarlison particularly culpable.

The Brazil international could have had a hat-trick but the fortnight’s break for internationals – in which he was not involved – appeared to have dulled his senses rather than sharpened them.

Richarlison twice headed over, shot at Guaita and inexplicably tried to square a pass to Calvert-Lewin as he bore down on goal – although a delayed offside flag spared his blushes.

His frustrations manifested themselves in a free-kick shortly before half-time when, having been the player fouled, he refused to defer to regular set-piece specialists Sigurdsson, Digne or Rodriguez despite the pleadings of Digne, and promptly fired wide.

Calvert-Lewin also seemed to be adversely effected despite two goals for England against San Marino, as he also failed to beat Guaita one-on-one as he charged to the edge of his area.

Andre Gomes had created the most chances from deep but his replacement by Sigurdsson just past the half-hour meant all Ancelotti’s first-choice midfield is now currently injured.