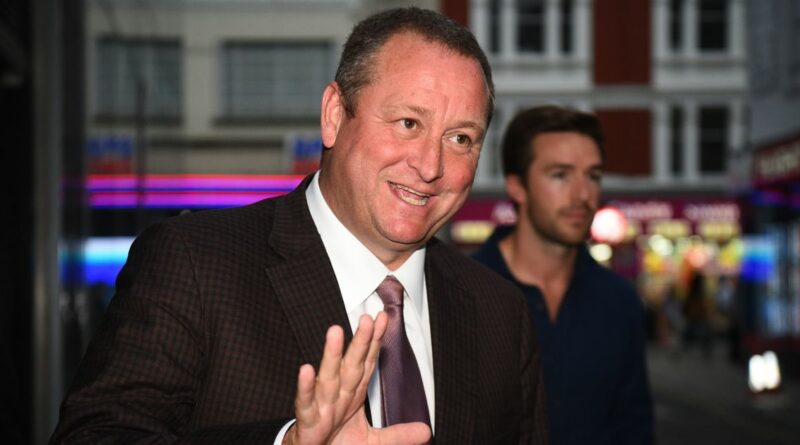 Mike Ashley is already eyeing his next move in football, fresh from selling Newcastle United for £300m to Saudi Arabia's Public Investment Fund.

Chaired by the crown prince Mohammed bin Salman, the Magpies have become the wealthiest club in the world overnight.

It comes after a long battle with the Premier League to authenticate a sale with piracy issues at the centre of the saga.

But after Saudi Arabia allowed beIN Sports to broadcast in their country, that red tape was cut and a deal went through surprisingly swiftly.

And now, according to the Mirror, Ashley is looking to snap up Derby County, who are currently in administration.

Ashley was one of the main instigators of the Newcastle deal, pushing the Premier League to allow the takeover to go through after putting Newcastle up for sale.

But the Sports Direct tycoon is not done with football yet, despite making £300m from the deal.

The 57-year-old sees Derby as an ideal investment to make, due to Sports Direct's headquarters being just 30 miles away in Shirebrook.

Snapping up the Rams would give his business more of a public platform, despite Newcastle's ground still being named after his business.

Despite his troubles with Newcastle, that has not put him off taking over another club – utilising some of the funds he made from selling the Magpies.

Derby find themselves in a financial crisis while administrators have already received notices of interest from various parties.

The Mirror report that Ashley is among them and an agreement is not far off with the club con that a deal is close.

Wayne Rooney is battling it out with Derby in the Championship and has three wins from 12 games so far this season.

But that is not enough to pull them off the bottom of the table after being hit by a 12 point deduction following their fall into administration.

It means that Derby will have it all to do to stay in the second-tier, with Peterborough the team directly above them in 23rd on eight points – six ahead of the Pride Park outfit.