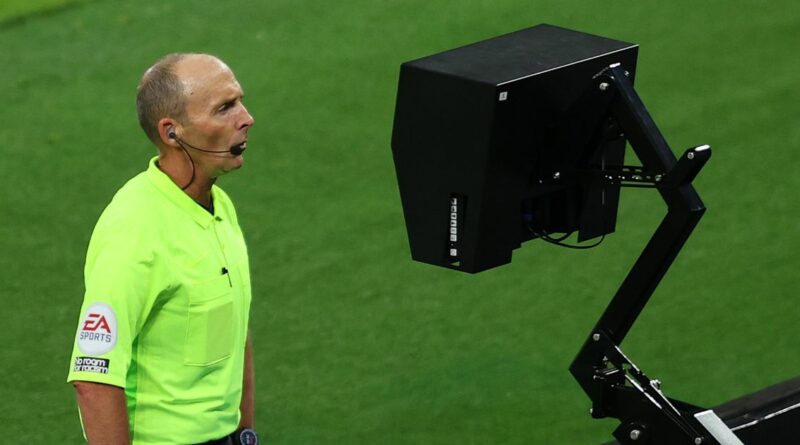 Mike Dean has signed a deal to become a dedicated Premier League VAR official next season, according to reports.

Dean, one of the top-flight's most popular and controversial referees, retired from on-pitch officiating at the end of last season after 22 years. His 560th and final game in the middle saw Chelsea beat Watford at Stamford Bridge in May.

The 54-year-old has been expected to leave the game entirely following his decision to retire. Some reports had even linked him to stints on I'm A Celebrity…Get Me Out Of Here! and Strictly Come Dancing. But according to the Daily Mail, Dean will now stay on into next season as a dedicated VAR official at Stockley Park.

Dean already has plenty of experience in the VAR hub, having operated the technology on multiple occasions since it was introduced three years ago.

And he will now lend his considerable expertise to the video assistant referee's role on a full-time basis as the Professional Game Match Officials Limited (PGMOL) continues its overhaul.

Are you happy to see Mike Dean cut short his retirement? Let us know your thoughts in the comments section below.

Dean's continuation in the Premier League follows news that Mike Riley will step down as the referee' chief from next season. Former top-flight stalwart Howard Webb has been linked with the role when it becomes vacant.

Dean, who dished out a record 114 red cards during his career, created an Instagram account after his final game as an on-field referee.

He posted: "So much love for this game but time to call full time one last time. 22 years. 560 @premierleague games. Some unbelievable memories and I’ll miss this next season."

But it looks like fans dreaming of a season without Dean's intervention will be left sorely disappointed with the news that the iconic official will remain in the game for the foreseeable future.