Mike Dean has been taken off fourth official duty for Wednesday night’s meeting between Chelsea and Tottenham.

Dean was involved in a confrontation with Spurs boss Mauricio Pochettino following their 2-1 defeat at Burnley on Saturday.

He had been the referee in that game and had ironically been due for fourth official duties at Stamford Bridge.

That would have seen him in close quarters once more with Pochettino and Spurs’ assistant boss Jesus Perez, who was similarly irate at Turf Moor.

However, the Professional Game Match Officials Board – the body responsible for match officials in English professional football – has subsequently seen fit to  their appointments this week.

Dean will now be fourth official at the Etihad, where Manchester City will take on West Ham United.

Kevin Friend has been moved to the all-London fixture, with Andre Marriner the man in the middle.

The decision was made after FA chiefs received Dean’s report of the post-match incident, in which he was angrily confronted in the centre circle.

Pochettino fronted up to Dean and words were initially exchanged.

Pochettino responded “you know what”, to Dean, before appearing to walk away, hinting at his displeasure with the corner awarded that led to Burnley’s first goal.

But as he moved away, something appeared to be said by one of the officials, and heard by both Pochettino and Perez.

"What, what what? What did you say?" shouted an unhappy Pochettino, while Perez vehemently jabbed his finger towards the face of Dean, who could be seen telling the Spurs boss to “go away”.

Noticing the TV camera in close proximity, Pochettino then pointed the assistant official in the direction of the camera and suggested he repeat his statement in front of it, before being dragged away by Clarets defender Phil Bardsley.

Pochettino apologised in his post-match press conference, but the FA have seen fit to avoid potentially inflaming what will likely already be a hostile atmosphere at Stamford Bridge. 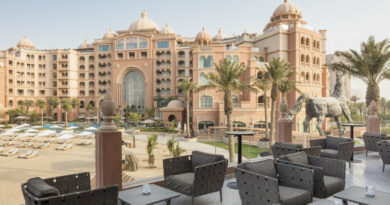 A man-made island, a billionaires’ playground, or student digs? Exploring the Socceroos’ Qatar base