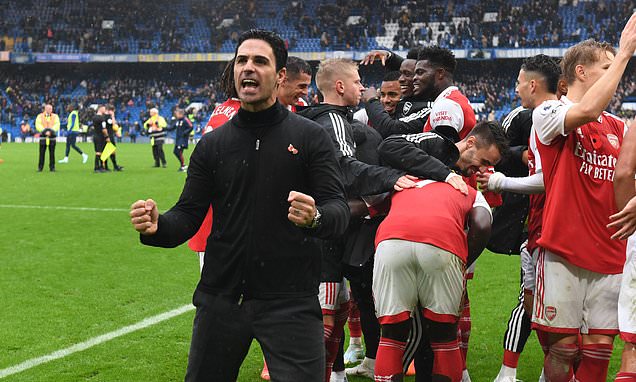 We can win the title! Mikel Arteta admits Arsenal could go all the way after win at Chelsea takes them back top of the Premier League… but he warns rivals Man City are the ‘best team in the world’

Mikel Arteta admitted for the first time that Arsenal are in the title contention after they regained top spot with victory at Chelsea.

Manager Arteta has been cautious about Arsenal’s championship chances until now but began to embrace the prospect following their rousing London derby win at Chelsea.

Arteta said: ‘We are [in contention] today. But in football, today and tomorrow is a very different. So let’s enjoy tonight.’ 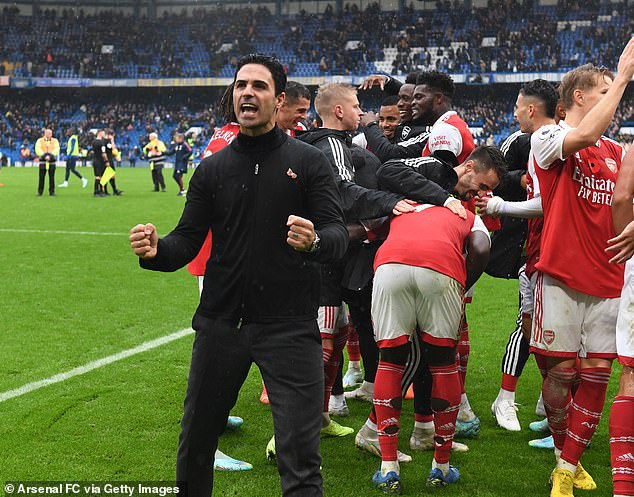 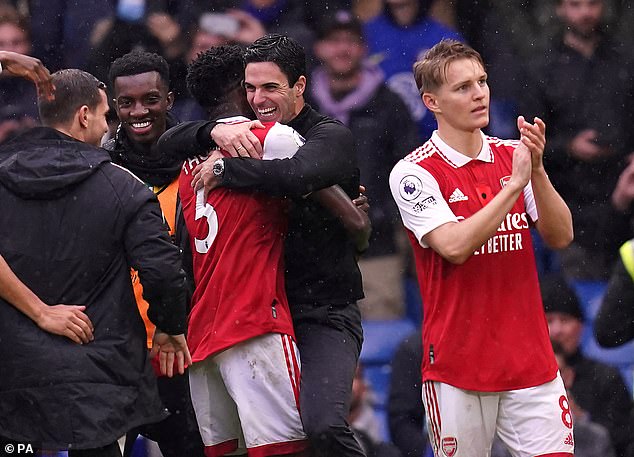 Arsenal responded to Manchester City’s last-gasp win against Fulham on Saturday like champions, producing a dominant performance to win at the home of one of their top six rivals thanks to Gabriel Magalhaes’ second half winner.

Arteta said: ‘What is a fantastic achievement is to see the team taking another step. We were under pressure because we lost the top spot.

‘We prepared the game to come here and win but understanding that winning here is a different story. I’m really happy because they’ve done that step.’ 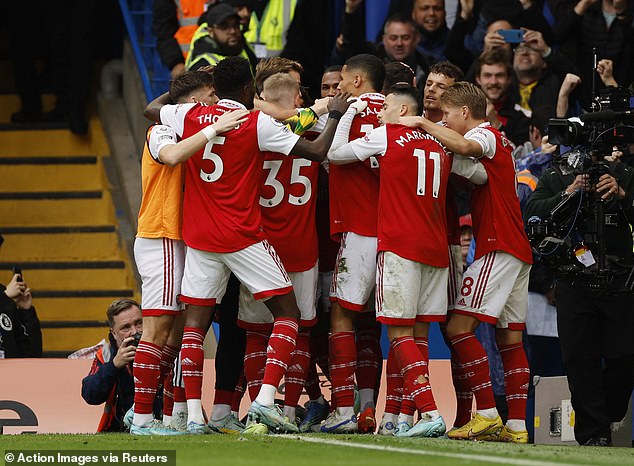 They returned to the top of the Premier league, two points clear of rivals Manchester City

But he was keen to reiterate the challenge posed by Pep Guardiola’s City.

‘Do something: just look at the last six years, what Manchester City have done,’ he said.

‘With the best manager in the world, the best team in the world. They have shown it consistently in every single competition.

Injury-hit Chelsea were totally outclassed and are now 13 points behind Arsenal. 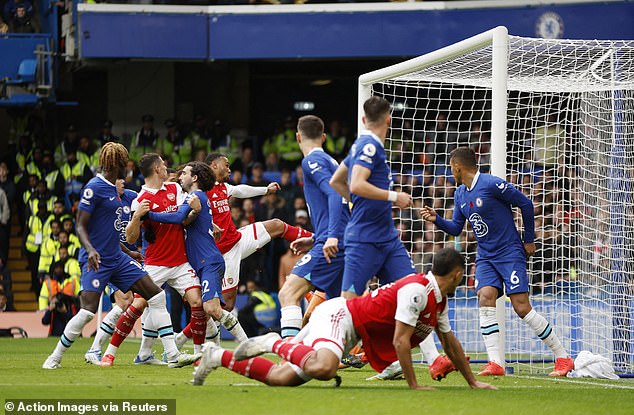 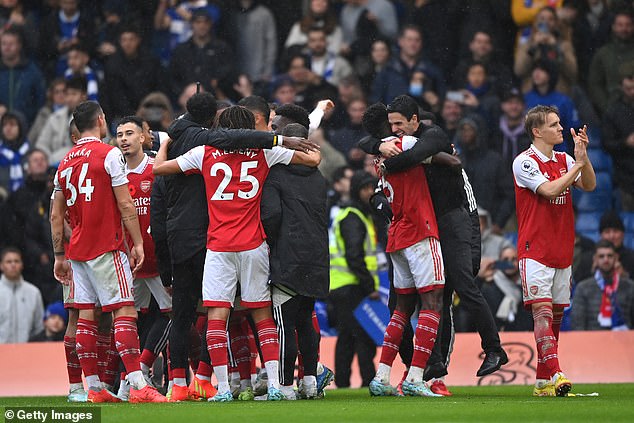 Sunday was Arteta’s 150th game in charge of the Gunners and Graham Potter said: ‘We are not in a fantastic moment as we speak. As much as it is not nice to say, Arsenal deserved to win the game.

‘I’ve been here eight weeks and a lot has happened. I’m sure if you look at the Arsenal story, where they are now as to where they were two years ago, one year ago it’s slightly different and I’m sure at times Mikel got pelters and that’s how it is.

Arteta also defended Bukayo Saka after Potter accused him of diving in the first half, though insisted afterwards ‘I don’t think he is that type of player.’

Arteta added: ‘Bukayo, he does not dive.’ 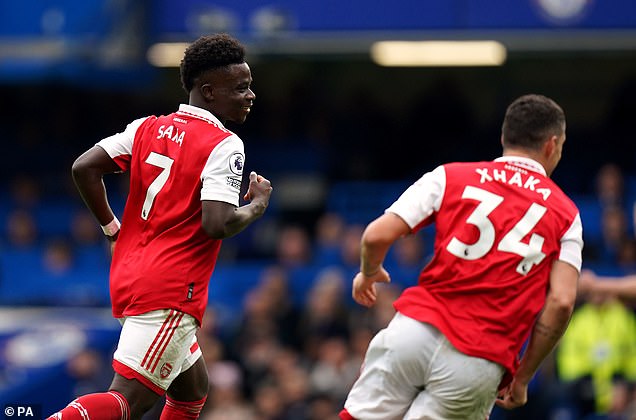 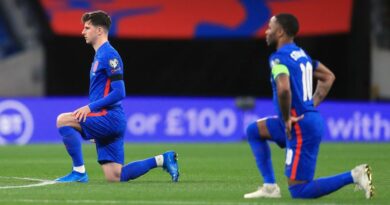