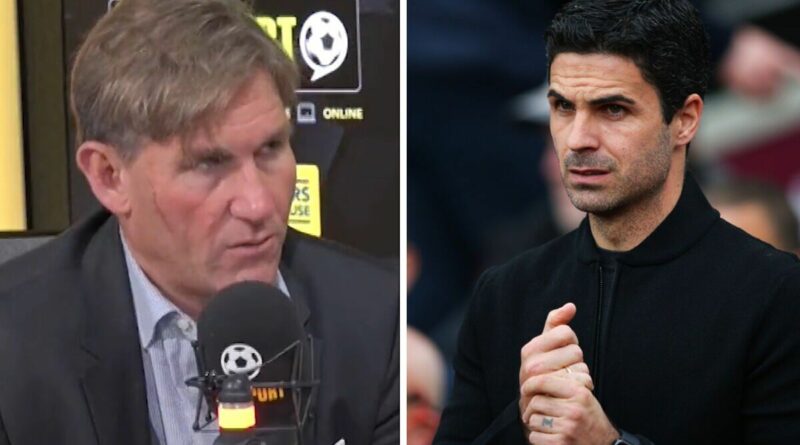 Arsenal manager Mikel Arteta could lose his job next season if the Gunners don’t make progress, Simon Jordan has suggested. Despite the Arsenal boss signing a new three-year contract until 2025, the talkSPORT presenter believes a poor 2022/23 season could end his spell at the Emirates Stadium.

Arteta outlined his ambitions for Arsenal to be playing Champions League football, something they could achieve this season if they pip north London rivals Tottenham to fourth place. However Jordan believes that the Spaniard’s new contract means very little and a disappointing season could still see him lose his job.

Speaking on his talkSPORT show with Jim White, Jordan said: “It really is academic because if at the end of next year they stink the place out he’ll get fired, and he’ll get more money out of the contract.

“I always felt that at the end of this year, irrespective of whether they finish fourth or fifth, there was enough about his management, enough about his grasping of the nettle and decision-making, right or wrong they were decision making which is what managers have to do.

“I felt that he had earned another year at least on the merry-go-round and that’s what will happen. If Arsenal progress next year then he will be in situ. “If they have a terrible season and they don’t progress, all that will happen is he will get more money out of getting sacked. So I think it means very little.”

His co-host White did offer an alternative view, that Arteta’s new contract is a “massive endorsement” of the 40-year-old. Jordan replied: “It’s a massive endorsement of Arteta in terms of protecting him under a contract, but it won’t alter the landscape.

“If Arsenal finish eighth next year in the league, do you think Arteta will be in situ at the end of next season? I think probably not.”

Arsenal made a double announcement, renewing the contract of Arteta at the same time as Arsenal women manager Jonas Eidevall. On his ambitions for the club moving forward, Arteta said: “We want to take the club to the next level and to compete really with the top teams.

“In order to do that, we have to be playing in the Champions League. We have to be able to evolve the team, improve our players, improve all departments, generate even more connection with our fans, improve the atmosphere at the Emirates, be able to recruit top, top talent and the best people for this club to drive this project to that level.” 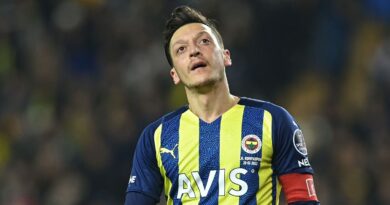 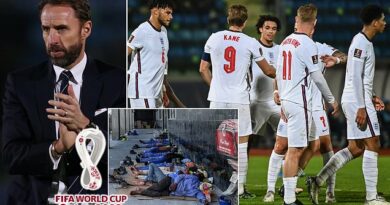 Southgate promises to 'educate' players over Qatar ahead of World Cup