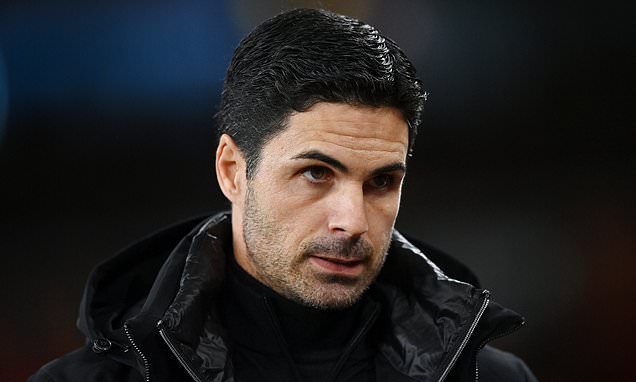 ‘He had to come off… we don’t want to take any risks’: Mikel Arteta gives update on Takehiro Tomiyasu after Europa League win over Zurich as Gunners boss confirms defender picked up a ‘muscular injury’ after coming on as a substitute

Arsenal manager Mikel Arteta has given an update on defender Takehiro Tomiyasu after he had to be substituted with an injury in the club’s win over FC Zurich in the Europa League.

The Japanese international had only come onto the pitch as a second half substitute for Ben White but his time on the pitch only lasted a short while as he appeared to pick up an injury.

Arsenal would go on to win the game against the Swiss side despite the injury to Tomiyasu, thanks to a brilliant strike from left-back Kieran Tierney, helping them to the top spot of Group A. 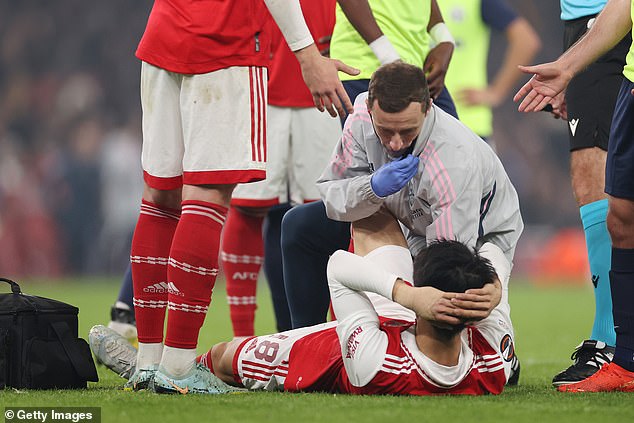 Arteta confirmed that Tomiyasu was replaced after he ‘felt something’ and later told BT Sport:’

‘We don’t know. He has had a muscular issue and had to come off because we don’t want to take any risks.

‘But we will assess him in the next 48 hours and decide what is best to do next.’ 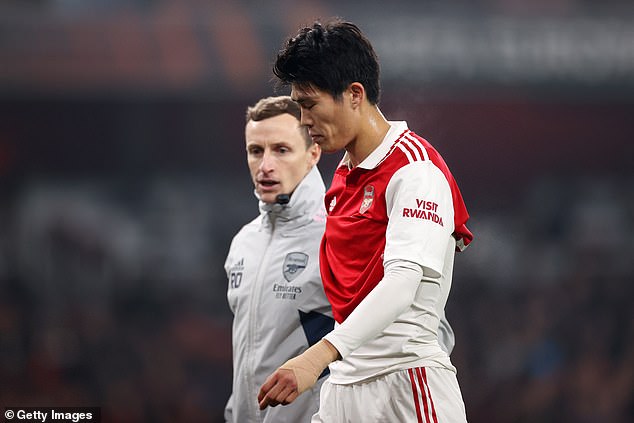 Tests will reveal the extent of the injury to the Japanese international who has already been called up for the World Cup in Qatar.

Regarding Arsenal’s immediate future, the wait will be to see if he will be able to play in their crucial Premier League match against Chelsea on Sunday.

However, the positive for Arteta is that if Tomiyasu is unable to play, he can rely on Tierney, who showed that he is still perfectly capable of being a reliable member of the Arsenal squad with his man of the match performance against Zurich. 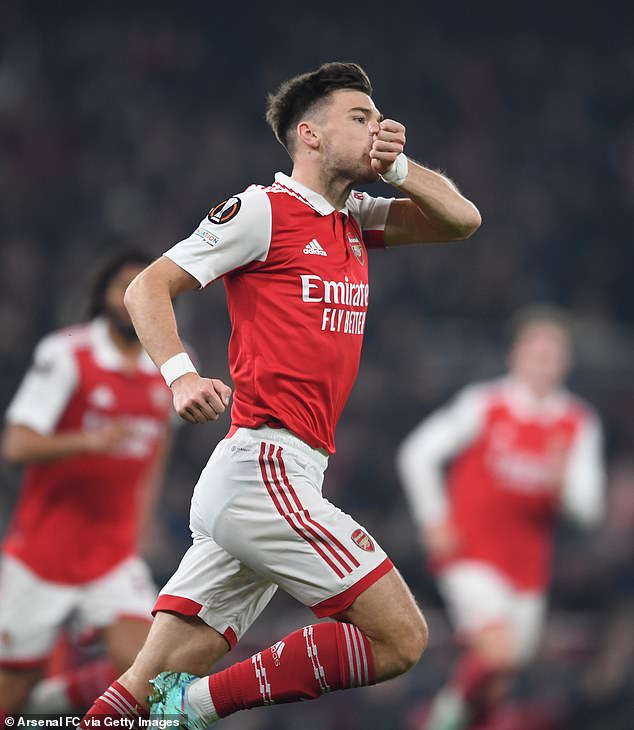 Arteta praised the Scotsman after the game, he said: ‘He was really good.

‘Kieran has shown a real maturity and he has respect for certain decisions and he has not played a lot of minutes.

‘He played very well today and scored a great goal that helped us win the game, and that is what we demand from all the players to be ready when we need them to make a difference.’