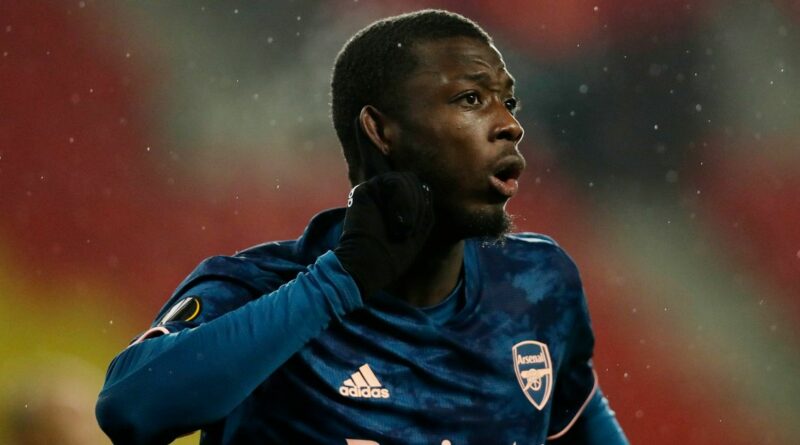 Arsenal manager Mikel Arteta has warned Nicolas Pepe that he has no excuse for not performing at a top level after his impressive display against Slavia Prague in the Europa League on Thursday.

Pepe scored in each of the two legs in Arsenal's 5-1 demolition of the Czech Republic side.

The Ivory Coast winger has struggled to live up to expectations following his £72million move from Lille, and Arteta admitted he believes the star needed time to adapt to the English game.

Now, however, after back-to-back strong performances in Europe, Pepe is expected to push on.

Pepe seems to enjoy European football, having scored five in 11 in the Europa League, compared to five in 23 in the Premier League. But Arteta now wants to see even more from the forward, and warned him there are no excuses for any dips in form.

Arteta explained that he believes Pepe has dedicated himself to improving and has done everything required to adapt to life in England.

“I think he needed to do that, yes," Arteta replied when asked if Pepe needed to change his mindset. “He needed a period of adaptation and that is gone now. So we cannot rely on adaptation again, now it is about performance and he can do it.

“He has got the players to support him, a manager that trusts him, he has got all the staff that are willing to help him and all the team mates who really like him because he is a really likeable character, so there are no excuses.”

"Probably the biggest thing is when you see that you don’t play and what you have to do to play and then when you do it, you play.

“Nico has this ability – it depends on him, we can help him as much as we want but he needs to have the right mindset and consistency to do what he can do.

“Because that is the level that we are going to ask of him, the level I am asking of him – if it is something below that he is not going to play.

“But if he does what he can do he will have a big chance to play because he has got incredible ability.”