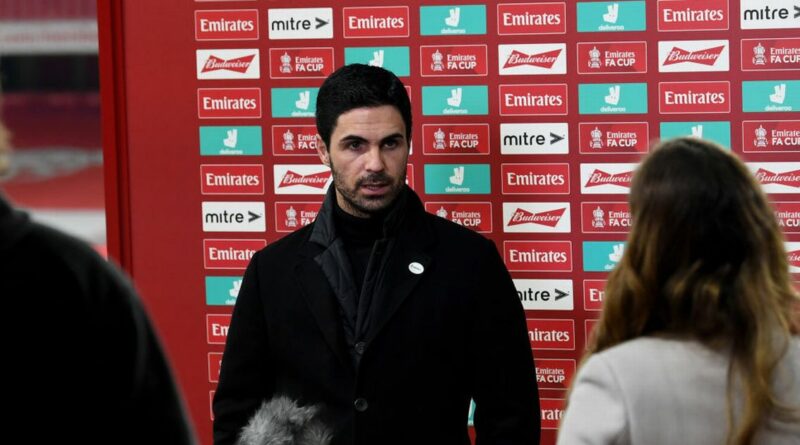 “I understand and I am the first one who wants to do that,” Mikel Arteta said about playing Emile Smith Rowe and Bukayo Saka every week.

When the scrutiny around the Arsenal manager reached its crescendo, the Spaniard turned to youth in the hope of kickstarting their season.

And Smith Rowe’s inclusion instantly did that, as the Gunners went on a three-match winning run to lift the gloom around The Emirates.

Against West Brom last time out, it was clear to see just how reliant Arsenal had become on their young guns.

While Smith Rowe’s midfield brilliance has seen him compared with Kevin De Bruyne, Saka has become the talisman for a team finally finding their identity under Arteta.

Arteta’s spell in north London looked on the brink of unravelling before their latest winning run, with his senior players letting him down on an almost weekly basis.

And Arsenal’s line-up for the FA Cup third round tie, perhaps points to just how integral the two youngsters have become.

At the start of the season, the idea of starting Pierre-Emerick Aubameyang and Willian while resting others appeared unlikely.

But in the space of a matter of weeks, Arteta appears to have realised that the core of his squad is now the exuberant academy stars that have transformed their fortunes of their late.

Saka and Smith Rowe will be handed a valuable rest for the cup tie vs Newcastle United, with more than half an eye on their Premier League improvements in mind.

If those two becoming integral parts of Arteta’s squad was a surprise, Rob Holding becoming the same is nothing short of stunning.

Can Arsenal win a major trophy this season? Have your say here.

The central defender was widely expected to leave the club in the summer, but after talks with his manager, he decided to stay.

That chat has proved pivotal, with Holding now the key man at the back and another given the night off against the Magpies.

When asked if he now knows his best XI, Arteta claimed: “As a manager you have a team in your mind.”

That may not be the team lining up on Saturday evening, but the rise of his three key men is becoming more apparent with each passing week.