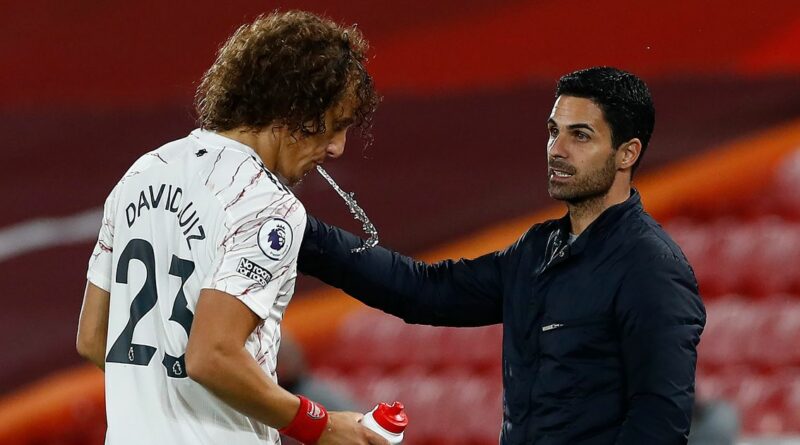 Arsenal manager Mikel Arteta has admitted that David Luiz has had a "difficult" season so far, but praised his overall impact on the team.

Luiz has not played in the Premier League in almost a month, but excelled in the FA Cup win over Newcastle last weekend.

Despite his lack of game time, Arteta insists that the Brazilian defender remains a vital part of his squad.

And the Spaniard says that his impact is more important than just what he shows on the pitch, revealing that has helped to develop some of the young talent coming through at the club.

"He is so good with the young kids. When you look at people who can help and be a role model, he is always with them, he is always supporting them, giving them confidence and advice.

It is great to have someone like him around.

"David had a really difficult season because he had three different things that have kept him away from training and games, which is unusual for him because normally he is always available. He had to deal with that.

"Then he had to play the other day [against Newcastle] after a two, two-and-a-half week period [out] – and he had to play 120 minutes! I think he was exceptional.

"Just the way he handled the game against a difficult No 9 like Andy Carroll and to play for 120 minutes as well at his age, without much training, was a real test and I really liked what he did."