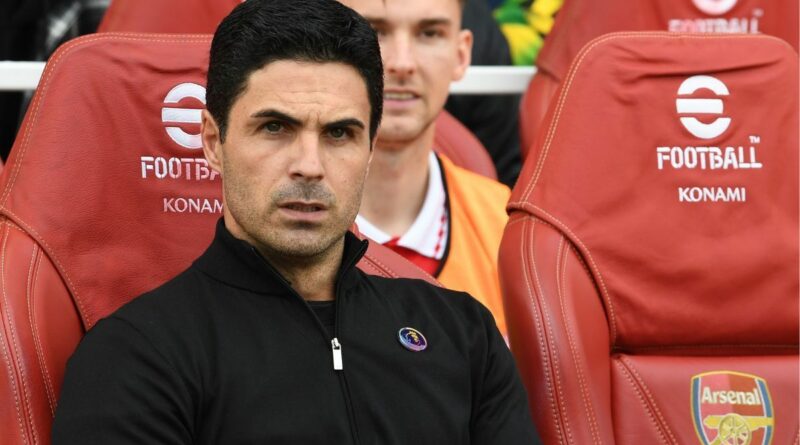 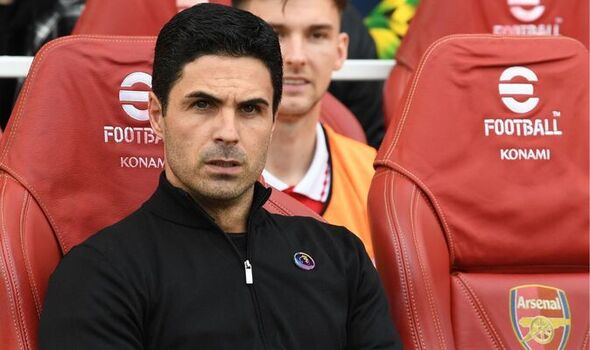 Arsenal head coach Mikel Arteta has confirmed the Gunners will look to explore the possibility of new recruits in the January transfer window – despite sitting top of the Premier League after 12 matches. The Spaniard is keen to manage expectations in north London but he was willing to disclose that the club view the winter market as an opportunity to improve their impressive squad in a bid to sustain a challenge on all fronts over the course of a gruelling campaign that will be disrupted by the mid-season World Cup.

Arsenal spent just under £120million in the summer window on five new acquisitions for Arteta in the form of Gabriel Jesus, Oleksandr Zinchenko, Fabio Vieira, Matt Turner and Marquinhos.

However, the Gunners decided to place plans to land a central midfielder and another wide forward on hold in the final stretches of the window after struggling to settle on the right target for their project.

Wolves star Pedro Neto was of strong interest but Arsenal were not prepared to pay over the odds for the Portuguese winger, who will now miss the World Cup after undergoing surgery on an ankle injury.

Three bids – all of which were rejected – were also lodged for Aston Villa’s defensive midfielder Douglas Luiz on transfer deadline day before he put pen to paper on a new deal at Villa Park.

Now Arteta has made it clear that Arsenal will, at the very least, explore the prospect of adding some extra quality to their squad in January despite conceding that the winter window is a difficult market to navigate.

“The planning of that period is extremely difficult,” Arteta said ahead of the Europa League clash with FC Zurich. “First of all because we know the January window, how special it is, the opportunities that you have, the short window that you have.

“And obviously with the position that we are in right now as well, it demands as well another level of player – and that player has to be available. We will look at everything and let’s see what we can do.”

Arteta’s comments appear to point towards the idea that Arsenal will only sign the right quality of player and not just anyone – a motto that technical director Edu has preached in previous transfer windows.

It’s exactly why Arsenal put the breaks on deals for another midfield player and versatile winger – even though they are two areas that the Gunners would still like to improve as soon as possible.

Mykhaylo Mudryk is another name of interest to the Gunners and Shakhtar Donetsk’s elimination from the Champions League could make a sale more viable for the Ukrainian giants in January.

Shakhtar Donetsk goalkeeper Anatoliy Trubin claims his club team-mates are already mocking the jet-heeled forward regarding a potential transfer to the Emirates Stadium as he continues to use speculation as a motivator to perform.

“I like that he is focused only on himself, his and the team’s game,” Trubin said.

“All these transfer rumours affect him only in a positive way, because he enjoys what he does. And, in the team, we can tell him; ‘well, you’re already at Arsenal, let’s all go!’”

Bayer Leverkusen’s Moussa Diaby and Villarreal’s Yeremy Pino are two other names that are also held in high regard by Arsenal.

Express Sport understands Arsenal are serious about signing Palmeiras’ 21-year-old defensive midfielder Danilo, who has been the subject of extensive scouting in Brazil.

Danilo was considered alongside Douglas Luiz in August but the South American club were not willing to sell the player mid-season, meaning a deal could potentially be re-explored in January.

Given Danilo is a player for the future, however, any move could be pushed back until the summer transfer window when Arsenal will have more freedom with transfer funds.