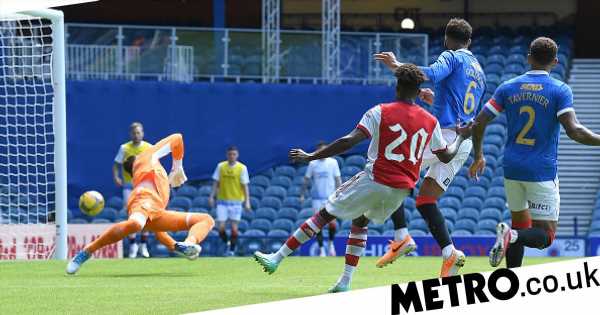 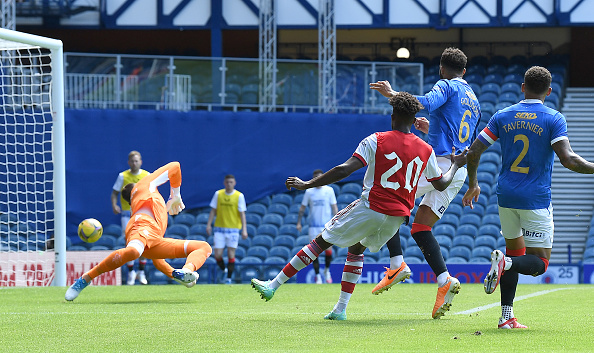 Mikel Arteta gas hailed Nuno Tavares’ ‘great debut’ after the summer signing got on the score sheet in a pre-season friendly against Rangers.

Arsenal completed the signing of the Portugal Under-21 international from Benfica last week with the left-back arriving at the club for a fee reportedly worth £8m.

Starting his first game for the club, Tavares wiped out an earlier opener from the hosts with a precise finish after 23 minutes.

Cedric Itten came off the bench for Rangers in the second half and looked to have given his side the win with 15 minutes of the friendly left.

Eddie Nketiah saved the day for Mikel Arteta’s men however with an equaliser on 83 minutes.

It ensured the Gunners avoided a second straight defeat in Scotland after a 2-1 defeat to Hibernian earlier this week.

Reacting to his new signing’s performance, Arteta said: ‘A great debut with his right foot as well!

‘He’s only been with us a few days but you can already see his qualities, his physicality and then the quality on the ball that he has.

‘He’s integrating with the lads really well, so it’s a good start.’

Speaking to Arsenal’s YouTube channel, Tavares was pleased with his impact and is relishing the opportunity to perform in front of fans at the Emirates.

‘I think we did a good match and we learn more.

‘I feel very happy to do my first gal with Arsenal. I’m so excited for this and today I did it.

‘It is good to play with the best, [Pierre-Emerick] Aubameyang and [Alexandre [Lacazette] are very good players.

‘I’m so excited to play in front of the fans at the Emirates, I can’t wait for this.’ 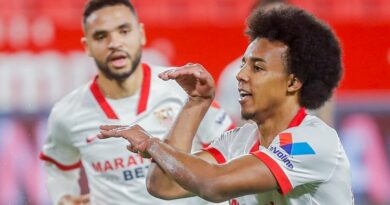