Home » Soccer » Mikel Arteta’s backroom staff: Who will Man City assistant team up with at Arsenal?

Arsenal are close to announcing Mikel Arteta as the club’s new manager, after he reportedly agreed terms with the Gunners on a three-and-a-half year contract. If Arteta does leave Pep Guardiola’s tutorship to take the reins at the Emirates, he could take Manchester City’s assistant manager Rodolfo Borrell with him. The Gunners are hoping that Arteta will be taking the hotseat for their trip to Everton this weekend.

As part of the proposed deal, Arsenal have allowed the Spaniard to choose his own assistant manager.

It’s believed that he could turn to his colleague, Borrell, after they struck up a relationship at the Etihad Stadium.

Borrell has been a key figure in Guardiola’s regime at City, and is often seen talking to the manger on the touchline. 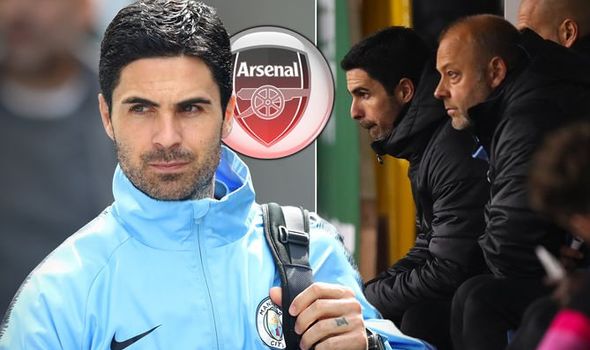 In 2008, he followed his former Barca colleague Angel Pedraza to Greek outfit Iraklis Thessaloniki, before returning to Barcelona the following year.

Just six months later, and Borrell made the move to the UK to work with Liverpool.

He was appointed manager of the Under-18s, and was promoted to Under-23 boss two years later.

After a single season as Academy manager, Borrell joined City as head of international relations and scouting.

With the arrival of Guardiola in 2016, he was immediately recruited to be part of the inner-circle as assistant manager.

The Spaniard has now been at City for five-and-a-half years, but could soon join Arsenal with Arteta.

Fagbeni has received an offer to play a leading role in Arsenal’s youth recruitment, according to the Daily Mail.

Arteta has also worked alongside Guardiola’s former No 2, Domenec Torrent. 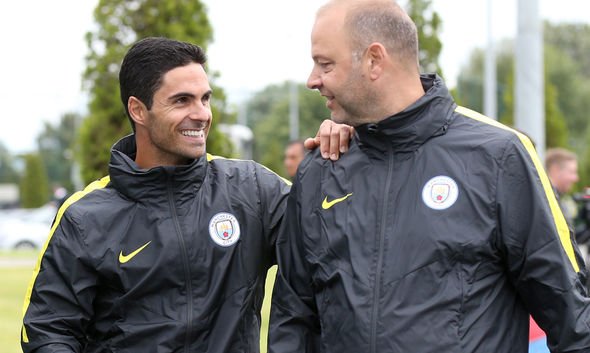 The Spaniard could be in line to join Arteta at Arsenal, as he’s currently out of work. But, it’s believed that Torrent isn’t looking to become an assistant manager again, having dabbled in management for an MLS season.

Elsewhere, Arteta would be tempted to keep Freddie Ljungberg and Per Mertesacker in his backroom staff.

He’d likely choose to keep some staff onboard that have a working knowledge of the club.

Guardiola has admitted that Arteta has been talking to Arsenal, but he still doesn’t know whether he’ll be leaving the club.

“We were smart to pick [Arteta] up. He’s an incredible person, a good manager with a work ethic. That’s why he has been with us,” said Guardiola.

“He’s talking with Arsenal so I don’t know what is going to happen. I knew about it [the meeting]. He was incredibly honest and transparent with me.

“He knows exactly what we want, what we’d like, but at the end it’s his decision.” 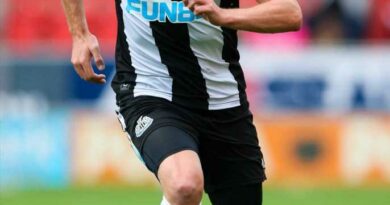