A new statue of Mohamed Salah unveiled in his native Egypt has been derided as worse than the bust of Cristiano Ronaldo that was widely ridiculed last year.

The work by Egyptian sculptor Mia Abdel Allah has been presented at the World Youth Forum in Sharm el-Sheikh and depicts Salah, who has become a hero in his homeland as a result of his scoring exploits for club and country, holding his arms outstretched in his typical celebration pose.

But almost as soon as images of the sculpture circulated on social media, people began to point out that it bears less resemblance to Salah than it does to musicians Leo Sayer or Art Garfunkel, or even the character Marv from the classic Christmas movie Home Alone.

Others remarked on the strange proportions of the sculpture, which presents Salah as having a relatively large head with a small body and tiny arms and legs.

The scorn Salah’s sculpture has attracted is reminiscent of the popular reaction to the Ronaldo bust that became the subject of global mockery for its poor likeness to the Portuguese superstar when it was unveiled at Madeira airport last year, prompting sculptor Emanuel Santos to re-work it.

Abdel Allah said Salah’s habit of “opening his arms to the fans” inspired her to make the statue in his honour, telling The Egypt Independent: “I found it distinguished and executable.”

How to stop Liverpool as they begin Premier League title defence 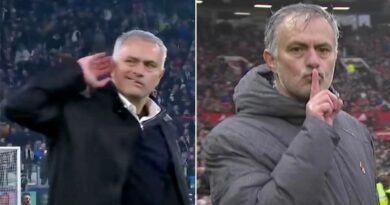 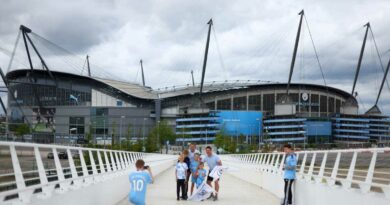