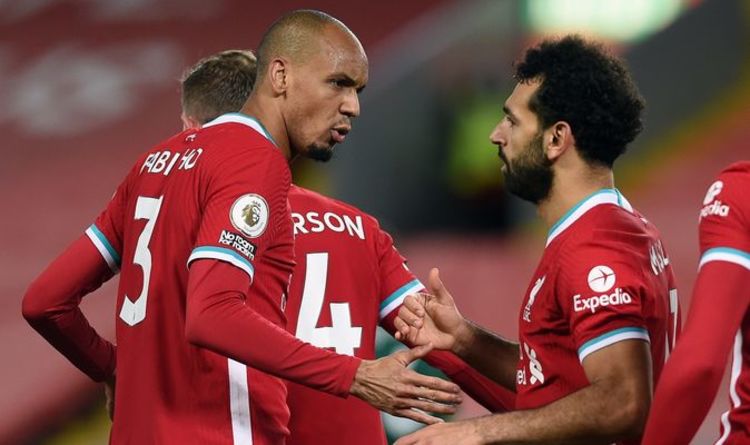 Mohamed Salah continues to be linked with a big-money move to Real Madrid and Fabinho has opened up on how the speculation has affected mood in Liverpool’s dressing room. Salah remains one of the best forwards in the world having led Liverpool to glory in the Champions League and Premier League over the past two years.

The Egyptian still has two-and-a-half years left on his contract but recent reports have suggested he’s been angling for a new deal.

Salah hit the headlines in December for an interview in Spain where he hinted at a potential switch to La Liga in the near future.

Jurgen Klopp dismissed Salah’s comments, but that only fueled speculation linking Salah with a move to Real Madrid.

Prior to Liverpool winning the Champions League in 2019, they had previously struggled to hold on to their best players. 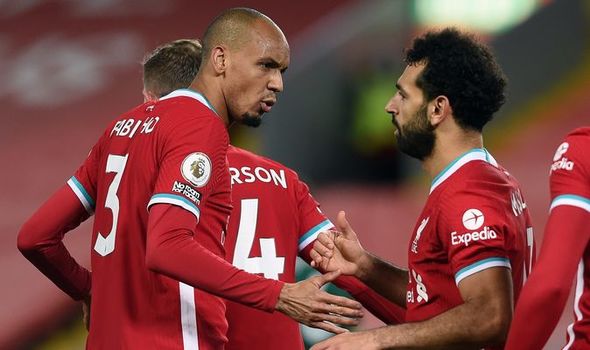 The likes of Philippe Coutinho, Luis Suarez, Fernando Torres and Xabi Alonso all left in order to challenge for trophies on a regular basis.

But Liverpool’s recent successes have brought an element of calm when their best players are being linked with some of the world’s best clubs.

Real remain as enticing as ever for players all over the globe and interest from the Spanish giants would likely turn the heads of any footballer with high aspirations.

At Liverpool though, Fabinho provides an insight into the mood around Liverpool’s dressing room amid the speculation linking Salah with a move away from Anfield, insisting the 28-year-old is “happy” at the club.

“Big players will always have their names involved in rumours,” he told Sky Sports.

“Salah plays for Liverpool, one of the biggest teams in the world.

“So I think it’s normal to see his name linked to other teams, especially from different leagues.

“Anyway, I see him very happy here and pleased with his performances this season. 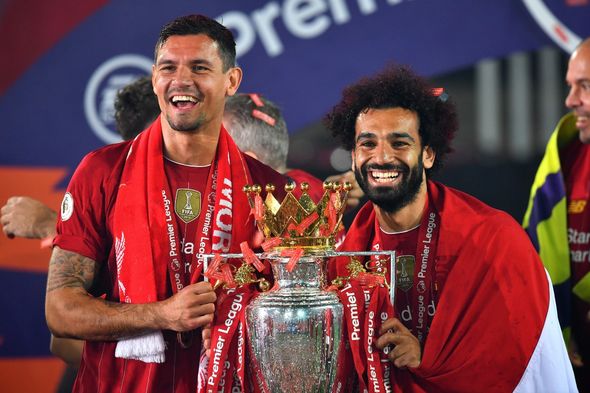 “It’s always been the case and it hasn’t changed at all. He keeps scoring goals, which everyone is used to seeing.

“In the changing room, he’s always talking to everyone and making jokes. I don’t see anything affecting him.”

In previous years, Liverpool may have already conceded defeat that losing Salah was inevitable. Now though, they have all the tools to offer Salah what he needs.