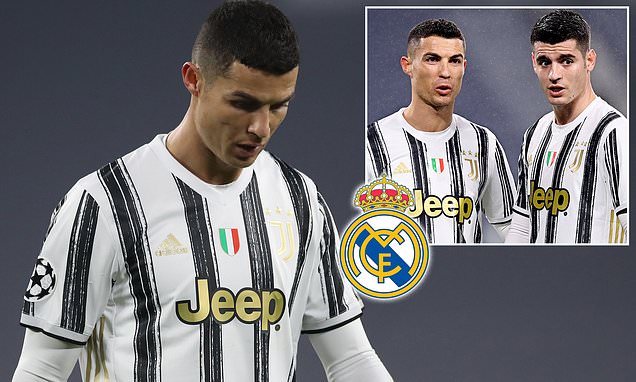 Alvaro Morata has insisted Cristiano Ronaldo is ‘happy’ at Juventus despite facing scathing criticism in Italy and rumours he is keen on a return to Real Madrid.

Ronaldo was heavily criticised by Italian media after Juventus crashed out of the Champions League earlier this month with Corriere dello Sport saying he ‘betrayed’ them after Porto scored the decisive goal when he turned his back on a free-kick.

Andrea Pirlo’s men have had a disastrous campaign and lost further ground in their bid for a 10th successive Scudetto when they suffered a shock loss to lowly Benevento at the weekend, with league leaders Inter Milan now 10 points ahead. 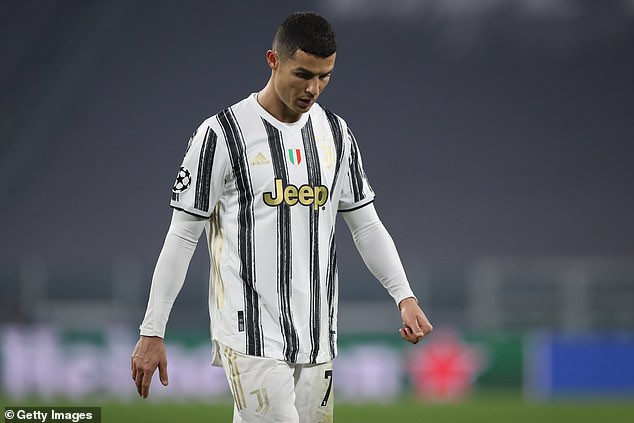 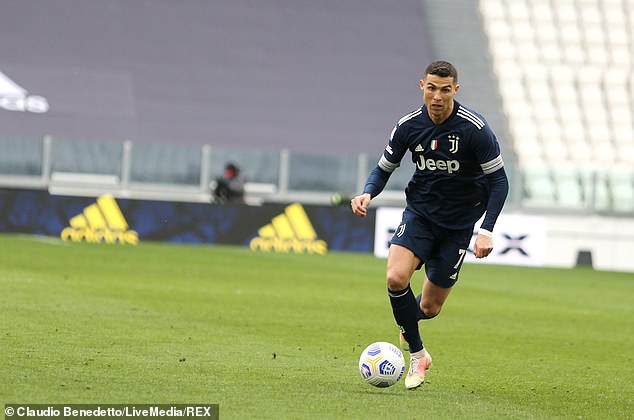 The Portuguese star, who is the club’s top scorer with 30 goals from 34 games this season, has been criticised over his recent performances and is now facing an uncertain future at Juventus with a return to Real Madrid being linked.

According to Marca, Ronaldo is open to the prospect of rejoining Madrid, but Morata believes the 36-year-old is happy at the club despite still being hurt by their failure to win the Champions League this season.

Speaking to El Larguero, the Spanish striker defended Ronaldo and insisted he wants him to stay at the club. ‘It’s been a complicated year, the small details had us eliminated from the Champions League, it was everyone’s fault,’ he said.

‘I don’t have to explain who Cristiano is, he always tries to defend the Juventus shirt. 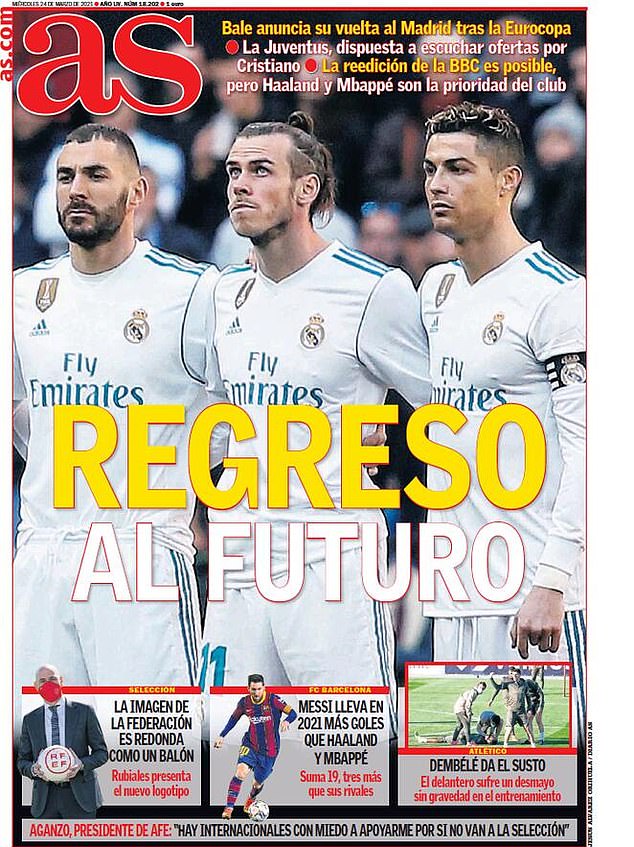 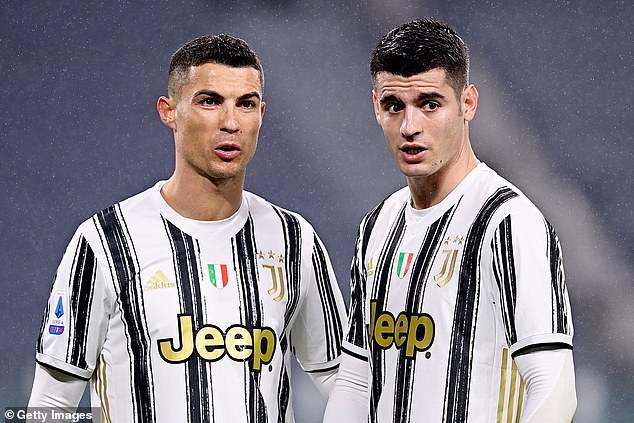 ‘He’s used to playing in the Champions League Finals. But he would have been the same in another club.

‘It’s not a Juve problem. He’s happy with the group but he’s used to winning, so it’s normal that he’s angry.

‘I think he’s happy with the team. Juventus and I want him to stay, because Juventus must have the best in the world.’

Ronaldo, however, is being heavily linked with a move away with Real Madrid said to be considering reuniting their all-conquering front three of him, Gareth Bale and Karim Benzema next season.

Bale has confirmed that he will return to Madrid at the end of the season after his loan spell at Tottenham while speculation continues to intensify around Ronaldo’s return, a prospect that has thrilled the Spanish press with AS’ headline reading this morning: ‘Back to the future!’. 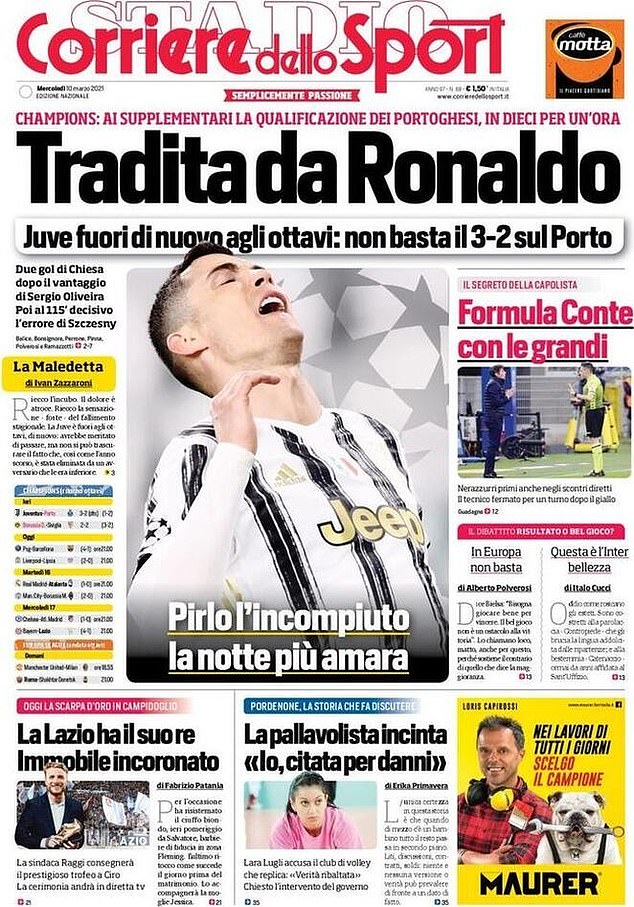 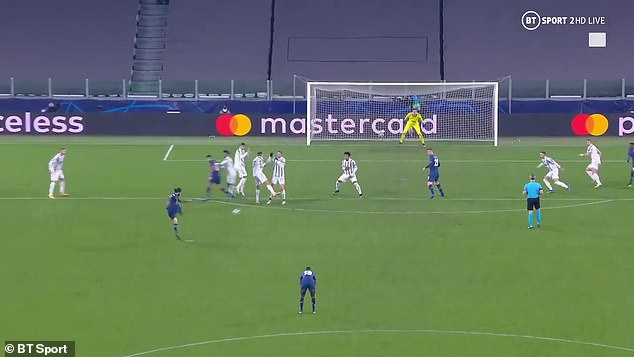 Bale, Ronaldo and Benzema spearheaded Real’s European charge under Zinedine Zidane, where they won the Champions League three years in a row from 2016 until 2018.

Reports in both Italy and Spain recently have suggested that Madrid would have to stump up at least £25million to tempt Juventus into selling Ronaldo.

Despite recently coming under-fire, Ronaldo’s national boss Fernando Santos insisted it has not impacted his mentality ahead of Portugal’s World Cup qualifiers this week.

‘He always gives 100 per cent when he comes to the national team.

‘I don’t think he has any problem in terms of mentality at the moment.’ 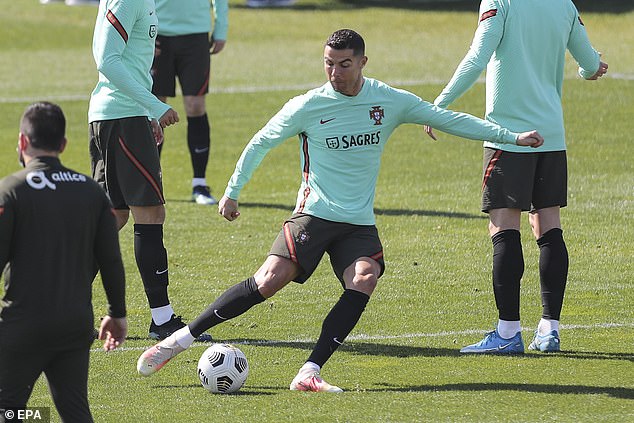 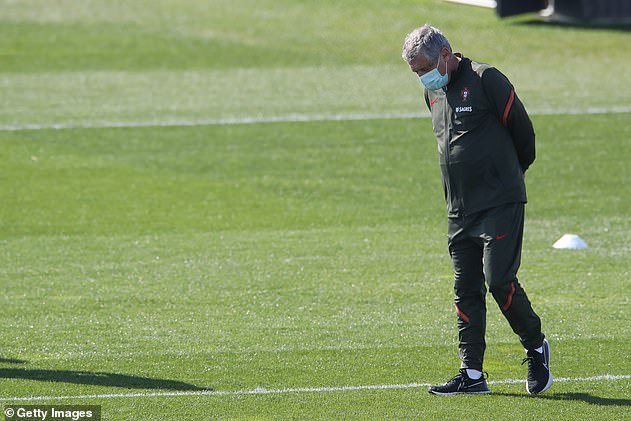