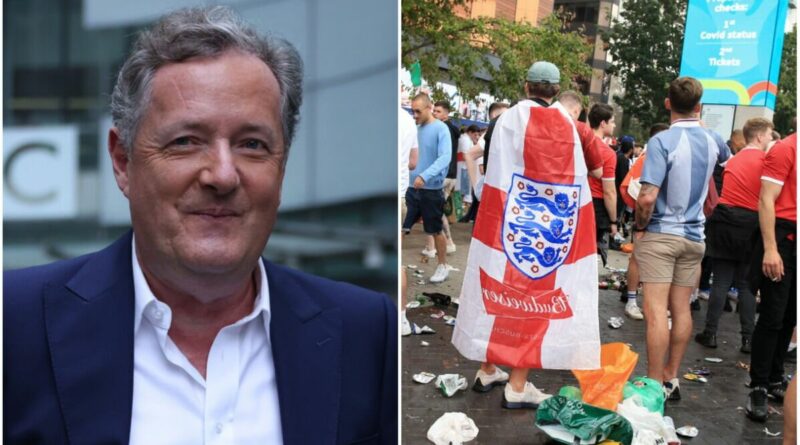 Piers Morgan appears to have come out in support of Qatar’s last-minute decision to ban the sale of alcohol at World Cup stadiums. Many England fans had already landed in Doha by the time the beer regulations were reshuffled, with a number of late changes raising eyebrows as the tournament’s curtain-raiser edges closer.

Pressure from the Qatari royal family has put FIFA in a tricky situation with key sponsors, Budweiser. The two parties are bound by a multi-million dollar contract but requests from the host nation have resulted in reduced visibility and accessibility for the drinks company.

After it was announced that beer won’t be available in or around World Cup stadiums, supporters will only be able to get hold of Budweiser for £11.60 per 500ml glass at designated fan parks. Qatar organisers have taken measures to keep fan trouble at a minimum during the four-week football bonanza.

While the decision to ban beer in stadiums has caused uproar among many, particularly after Qatar chiefs hinted that rules would be relaxed during the tournament, Morgan has suggested that England fans got what was coming to them.

“Terrible that England fans can’t get drunk in stadiums at the Qatar World Cup,” he wrote sarcastically on Twitter. “Especially after how impeccably they behaved at the Euros final last year.”

Trouble was caused in 2021 when ticketless England fans clashed with police and stewards and forced their way into Wembley to witness the Three Lions’ first major final since 1966. England were subsequently slapped with a hefty fine and a two-match stadium ban.

Late last year, part of a statement from the FA read: “Although we are disappointed with the verdict, we acknowledged the outcome of this UEFA decision. We condemn the terrible behaviour of the individuals who caused the disgraceful scenes in and around Wembley Stadium at the Euro 2020 final, and we deeply regret that some of them were able to enter the stadium.”

The host nation kick off the World Cup against Ecuador, while England are second up against Iran on Monday. Gareth Southgate will be hoping to better the deep runs he oversaw at the 2018 World Cup and Euro 2020, where the Three Lions made it to the semi-finals and final respectively.

“Keeping a lid on expectations is extremely hard when you’re England manager,” Liverpool hero Graeme Souness wrote in The Daily Mail. “All that ridiculous ‘it’s coming home’ stuff doesn’t help. That song has never done them any favours.

“Personally, I would let the dogs off the leash and go for Iran. Do they really need two holding players in that game? I don’t think so. Kalvin Phillips has played next to no football and England have more than enough to beat their first opponents. There must be a bang-on attitude from the first minute and a modicum of caution.” 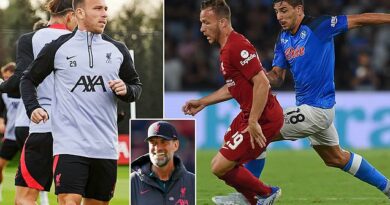