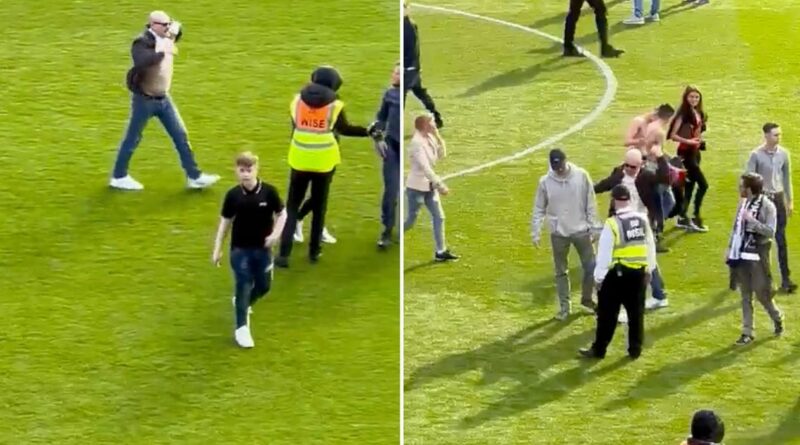 A Millwall fan has gone viral for trying to act as a steward during his club's pitch invasion.

After the Lions’ 3-0 Championship win over Peterborough to keep their playoff hopes alive, the home fans at The Den stormed the pitch. But one supporter decided that he would try and put an end to matters by marching around the field and trying to usher fervent supporters away.

The individual could be seen gesturing to crowd members to remove themselves, before showing off his bare chest and pushing people away. The incident was filmed by fans watching on in the stands, who were cheering – and laughing – at his every move.

Accompanied with laughing emojis, one wrote: “Clearly he's the only one who actually realises they ain't won anything. Why the pitch invasion?”

Do you think there should be harsher punishments for pitch invasions? Let us know in the comments section below

A third wrote: “Nice to see Sean Dyche back in football already.”

Someone stated: “Didn't pick on anyone over the age of 17 though i notice.”

It comes after Millwall's stewarding during the game on Saturday was mocked for how pathetic it was. Benik Afobe and George Saville and a Josh Knight own goal provided Gary Rowett's side all three points, with the London club now just a few points off Luton and Sheffield United, who are in fifth and sixth.

The film showed Lions fans simply walking past the stewards and onto the pitch, with almost no effort to stop them. One supporter wrote a sarcastic caption: "Unbelievable stewarding, did all they could." Another joked: "Manchester United's defence this season."

After the match, boss Rowett lauded his fans’ energy throughout the season. He said: “If you think about the first season (he was in charge) we were in a great position – beat Forest – and then no crowds (due to Covid), and it killed us really. I know it killed a lot of teams, but it killed that momentum.

“Last season, no crowd and are home form wasn’t as good. It just shows what a massive, massive part of our club – and this team – the home fans are. We saw that second half, the atmosphere was absolutely brilliant. It just helps the players lift that performance. 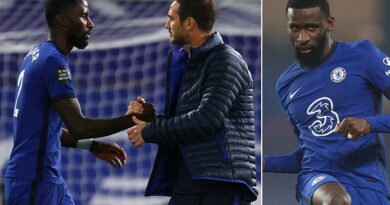