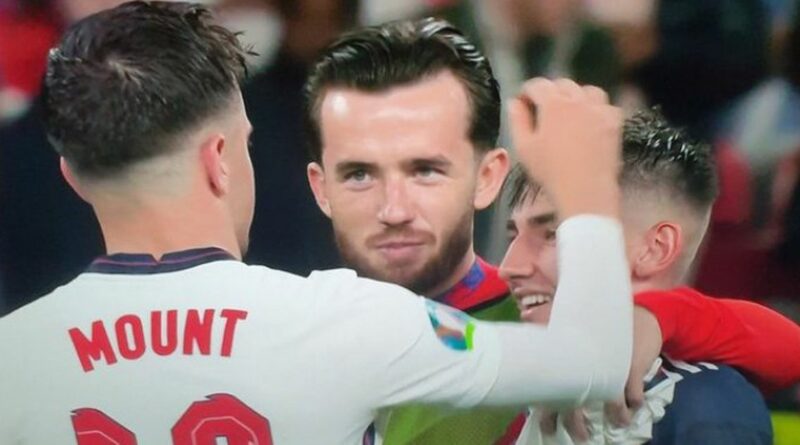 Mason Mount and Ben Chilwell missed England’s final Euro 2020 group stage game against the Czech Republic after being asked to isolate having come into close contact with Scotland’s Billy Gilmour on Friday.

Chelsea midfielder Gilmour tested positive for COVID-19 himself and also had to miss out on Scotland’s final group game against Croatia on Tuesday evening.

As a result, Mount and Chilwell were asked to isolate after being snapped with him after the England game, but the rest of the English and Scottish teams who played that day were allowed to continue with their tournaments.

The decision came under some scrutiny after Scotland's stars were not asked to isolate having shared the same camp with Gilmour.

England, meanwhile, said the isolation of Mount and Chilwell was done after close consultation with Public Health England on the matter.

However, some have asked why Tory Member of Parliament Michael Gove was allowed to avoid self-isolation having come into close contact with someone who had COVID-19 earlier this month.

Gove was allowed to avoid self-isolation and was tested every day for a week instead as part of a pilot scheme.

Mount and Chilwell, meanwhile, were tested every day and tested negative for COVID-19, but still have to self-isolate, which has caused confusion amongst some fans.

On Tuesday, Chelsea’s performance advisor Petr Cech raised doubts as well in an Instagram post: “Please could someone help me understand how is it possible Mason Mount and Ben Chilwell – both with negative tests – have to isolate after they got in contact with Billy Gilmour while the entire Scottish team who shared the dressing room, hotel, coach and plane while travelling, dining room, meeting room is allowed to play the game without any problem because they returned the required negative tests?

“What is the difference between them returning the same test results? It is incomprehensible…”

What did you make of the decision to ask Chilwell and Mount to isolate? Let us know in the comments below.

Fortunately for England, the Three Lions didn’t miss either man too much having beaten the Czech Republic 1-0 with an early goal from Raheem Sterling.

Gareth Southgate’s team won their group, finishing clear of Croatia, and will face one of France, Germany, Portugal or Hungary in the second round at Wembley as they look to prolong their Euros campaign.

It is not yet certain whether the players will return for the next match.