Jose Mourinho has confirmed it was Tanguy Ndombele's decision to not take part in Sunday's North London Derby against Arsenal.

The 23-year-old midfielder's name was missing from the Tottenham line up and bench, in what came as something as a surprise to the fans.

Struggling initially after Jose Mourinho's arrival, Ndombele has been rewarded with plenty more game time this season. The Frenchman has featured in 16 appearances so far this term, compared to the 29 games he featured in last season.

But Ndombele was nowhere to be seen on matchday and, prior to kick-off, Mourinho revealed the decision for Ndombele's absence rested with the midfielder.

"Yeah a little problem that he couldn't recover from," said Mourinho.

"We were positive. We were expecting until the last moment but this morning he decided, of course, he decided he was not ready."

Spurs came into the fixture in good form, sitting top of the league before Chelsea's win on Saturday.

But Mourinho told his players before kick-off not to underestimate their opponents.

"Means nothing for me," Mourinho said of Arsenal's league position and form.

"Even told the players that it's very dangerous if you look at the table and forget what Arsenal is. What Arsenal can be. What Arsenal was in matches against Man City, against Liverpool, against Chelsea. Semi-finals, finals, FA.

"They can come for a big match, perform and create us problems." 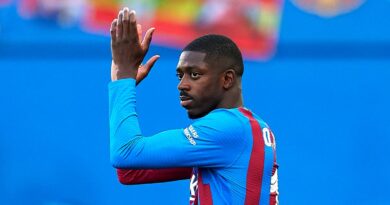