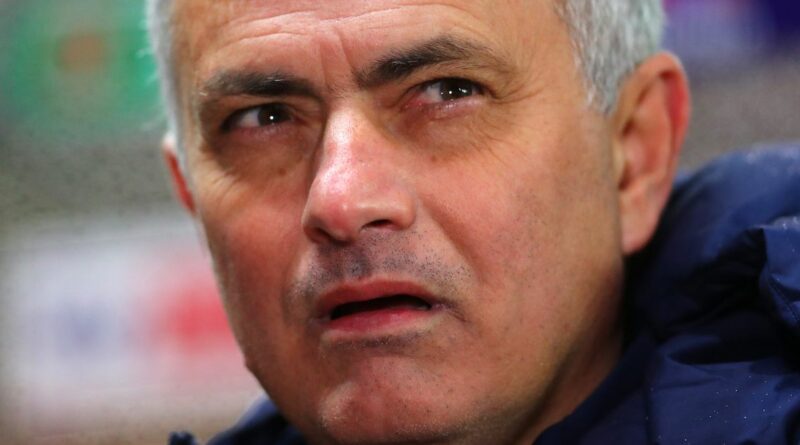 Jose Mourinho has been left baffled by the refusal to postpone Aston Villa vs Liverpool.

The home side might have been forced to close their training ground after what they describe as a ‘significant coronavirus outbreak’ but have been cleared to fulfil the fixture with youth players.

That comes after a string of Premier League matches were pushed back to a later date, with the regulations stating that teams should fulfil the fixture with 14 players from any level at the club.

The Portuguese boss has questioned the decision-making process, and sent his support to his former Chelsea colleagues John Terry and Christian Purslow.

Tottenham boss Mourinho said: “There are 10 positive cases at Villa, surely that game can't be played? Not for me to answer. I have friends at Villa.

“I don't want to make a distinction between my friends and other professionals in the same industry so I hope it's not just John [Terry] and Christian [Purslow] safe, I hope everyone is fine, and it goes well and fast for them.

“From the beginning of the competition we knew that we could play games with 14 players from all players available including academy players, by the rules, we knew that could happen to us.

“We've had positive cases, we cannot deny it. Players, coaches, other staff. We also had problems. I cannot say much more than that, only that it'll be impossible for us to play with three matches postponed.”

"Aston Villa can confirm that the club has closed its Bodymoor Heath training ground after a significant coronavirus outbreak," a Villa statement read earlier this week.

"A large number of first team players and staff returned positive tests after being routinely tested on Monday and immediately went into isolation.

"A second round of testing was carried out immediately and produced more positive results today.

"First team training ahead of tomorrow’s FA Cup match with Liverpool was cancelled.

"Discussions are ongoing between medical representatives of the club, the Football Association and the Premier League."

Liverpool go into the match as huge favourites following the recent updates, despite Jurgen Klopp’s defensive worries continuing into the new year.

How Man Utd, Chelsea and Arsenal could line up next season after top transfers