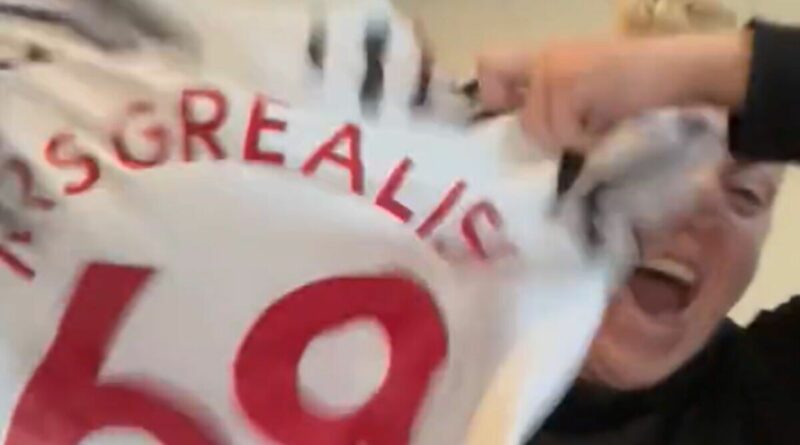 Jack Grealish got his name on the scoresheet on Monday afternoon as he came off the bench to score England’s final goal in their 6-2 thumping of Iran in the World Cup. And one of the player’s biggest fans Darcie Philp – who has been nicknamed Mrs Grealish 69 due to a football shirt she owns – had a three-word message following the match.

Grealish captured the public’s attention during Euro 2020 and bagged two assists in his five appearances as his country reached the final before losing to Italy following a penalty shootout. During the showdown with the Italians, Philp was captured on TV holding up a shirt up with the words “Mrs Grealish 69” written on the back of it as she exhibited her admiration of the then-Aston Villa star.

And she returned with a new message following Grealish’s latest appearance for his country. The player, who joined Manchester City for a British record £100million last summer, tapped in from close range in the 89th minute against Iran after being teed-up by Callum Wilson.

After Grealish’s second ever goal for England, an editor from Novara Media posted a picture of Philp and her Grealish shirt to Twitter with the caption: “I hope she’s having a great day.” And Philp replied with a six-second video of herself celebrating England’s victory while waving the same shirt above her head. And she wrote: “Oh I am.”

England were frustrated in the early stages of their clash with Iran but finally went ahead after 35 minutes as Jude Bellingham headed home Luke Shaw’s cross. And the breakthrough led to the floodgates opening as Bukayo Saka volleyed the ball into the roof of the net eight minutes later, with Raheem Sterling adding a third before the interval.

There was 14 minutes of stoppage time at the end of the first half after Iran goalkeeper Alireza Beiranvand had been forced off after clashing with a team-mate. But England continued where they left off in the second half as Saka added his second just after the hour mark.

Mehdi Taremi pulled a goal back for Iran midway through the second period as he thrashed the ball past Jordan Pickford. But Three Lions substitutes Marcus Rashford and Grealish put the game to bed late on, before Taremi added his second goal from the penalty spot 13 minutes after the clock had passed the 90-minute mark.

The result means England move to the top of Group B ahead of Wales’ clash with USA later on Monday. 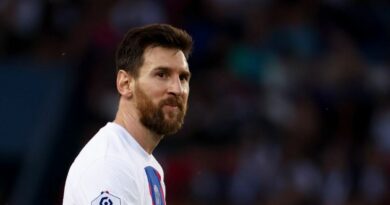