Home » Soccer » ‘My father bonded with Pele, he was courageous, caring and selfless’ 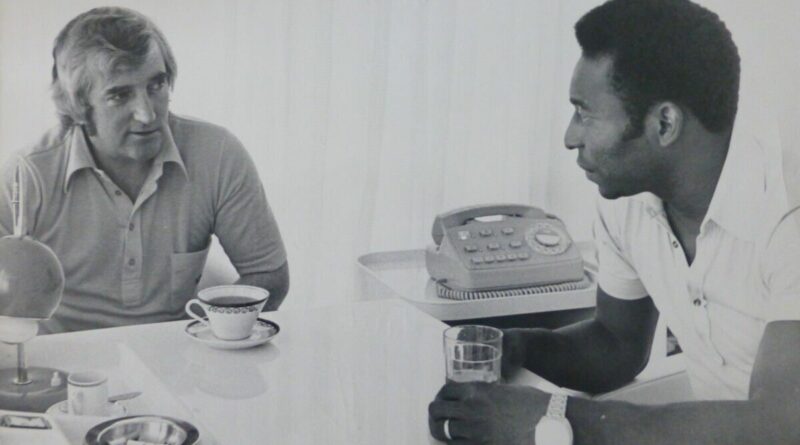 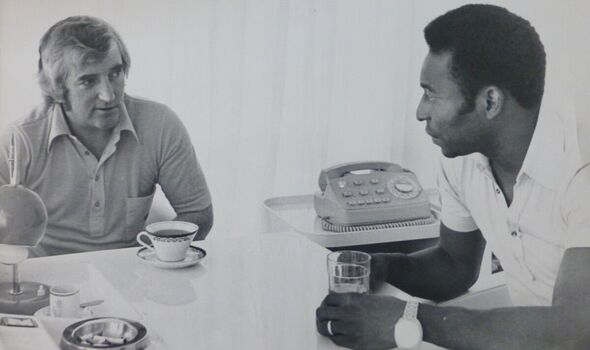 Both transcended their human corporeality to achieve godlike status, global acclaim and the sobriquet “The Greatest”. Both were handsome, bewitching males whom my father Ken Jones knew, loved and worked with, and whose respect he gained.

One was Muhammad Ali, for whom my father was an ally: one of only a couple of British writers allowed inside the heavyweight champion’s training camp.

The other, whom another of our clan once faced on Swedish grass in aWorld Cup quarterfinal, was Pele.

By the time my father got to know Pele in 1970, the Brazilian, who died onThursday aged 82 after a battle with cancer, had already reached the heights of his wildest dreams.

Having commenced his career at 16 at local team Santos FC in the state of São Paulo, he was on his way to winning his third World Cup.

That, for my dad, was a poignant confrontation. He sucked a deep breath, he said, as he stepped up in Mexico to face the boy wonder who had helped to demolish theWelsh national team in 1958, in which my father’s first cousin, our “Uncle Cliff”, had played at the age of 23 to Pele’s 17.

Pele had also excelled in the winning of two World Club championships, and had established his reputation as a key figure in the transformation of football into the phenomenon loved throughout the world today. “Success is no accident,” explained the man.

“It is hard work, perseverance, learning, studying, sacrifice and most of all, love of what you are doing or learning to do.”

Dad and Pele bonded. Despite geography and the inevitable language barrier, they had much in common. Both had hailed from nothing, the sons of humble footballers. Both were blessed and baffled by football, living in thrall to its raw dignity and purity.

Each knew that, at its most powerful, stripped of the money, vulgarity and corruption that have come to define it in modern times, football is the perfect metaphor for life. It’s about rules to be respected.

Victory to be achieved. Dreams to be realised. Hope and desire to be fulfilled. It turns on dramatic, cliff-hanging highs and lows, and on conflict to overcome. On pulling together as a team for the common good.

“Brazilians,” reflected Dad, in the days ahead of his own demise three years ago, “are deeply spiritual people. Religious or not, they believe in the supernatural and the unexplainable. They have a profound sense of destiny.

“Pele had that in common with his friends Ali and Nelson Mandela. The strength is in knowing it. When a man has nothing except belief, he has everything. We talk about survival of the fittest and of triumph against the odds.

“Pele was courageous, caring and selfless. He was the great ambassador, not only for the game but for mankind.

“He had qualities that take a mere man above others. Success has nothing to do with fame and fortune. It’s who you are when your head hits the pillow that counts.”

His pursuits beyond retirement elevated Pele to true heroic status. He served as the United Nations’ Educational, Scientific and Cultural Organisation’s Champion for Sport.

He became a Goodwill Ambassador for children’s charity Unicef. He toured tirelessly, visiting the impoverished nations of Africa.

His enormous fame and universal appeal popularised football and inspired young people wherever he set foot.

He seemed sanctified in the end, something far greater than a footballer – as proven by the International Olympics Committee’s naming of him, in 1999, as Athlete of the Century.

The version of him that endures today is a Disney incarnation of a superhero. As such, he was not allowed to die. Yet the man behind the myth was never immortal.

Didn’t the excised kidney, the hip operation, his collapse from exhaustion, the surgery to remove a malignant colonic tumour and his own matter-of-fact acceptance of death give us clues?

It is the trouble with legends. We need them to walk on water.

When our idols are revealed to be as perishable as we are, it is a nail in the coffin for us all.

The pictures still hang right there on the wall. In the end, they are everything. 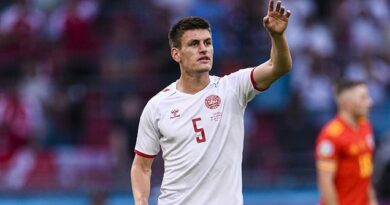 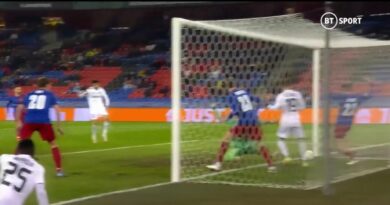