Home » Soccer » Nagelsmann: Lewandowski not to blame for Bayern's loss to Villarreal 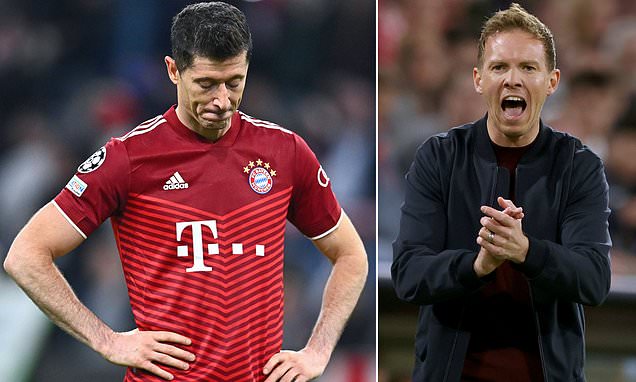 The German giants were stunned by their LaLiga counterparts on Tuesday night as Samuel Chukwueze’s strike in the dying seconds secured a 2-1 win on aggregate for Unai Emery’s side to send them into the semi-finals.

Lewandowski had opened the scoring in the first half to level the tie, but could not summon his sensational form this season to inspire the team. The Polish star’s contract expires next summer and is reportedly keen to join Barcelona. 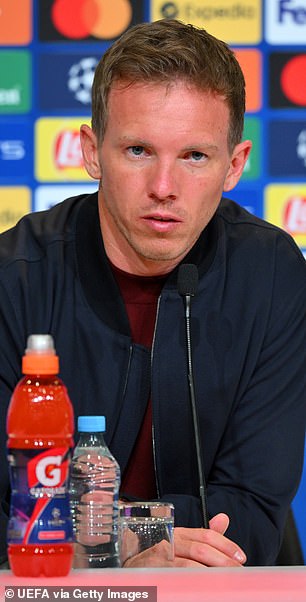 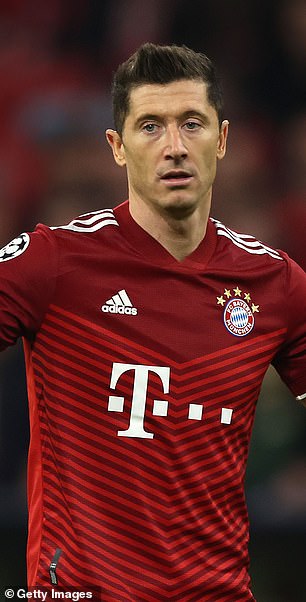 But after being sent crashing out of the competition that they won two seasons ago, Nagelsmann insisted Lewandowski’s contract situation was not to blame, saying he accepted full responsibility for the loss.

‘In my opinion there are too many alibis in football,’ he said after the game. ‘I’m the one who needs to take the guilt, or the responsibility. It’s very popular in sport to shy away from that.

‘But I will take my lessons in terms of tactics and everything that belongs to the game. If I don’t do that then the blame definitely can’t be placed on those players whose contracts haven’t been finalised.’

Lewandowski is having one of his best seasons in a Bayern Munich shirt after 47 strikes – already on course to beat the last campaign’s total of 48 and bidding to overcome his all-time best of 55 in 2019-20. 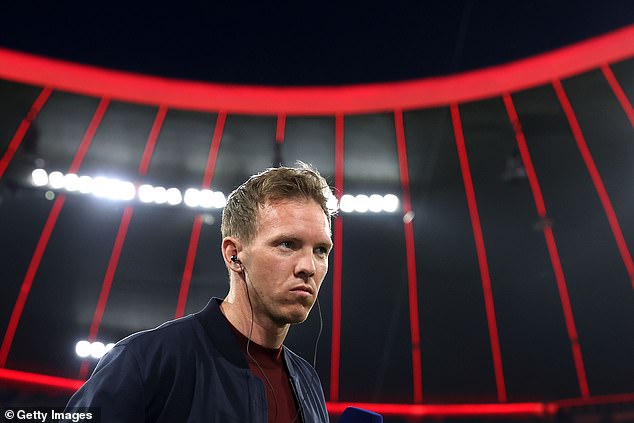 But after eight seasons in Bavaria, the Pole is reportedly looking for a new challenge as he approaches the age of 34 this summer and has not yet agreed new contract terms with Bayern.

According to Polish outlet TVP Sport, he has already held discussions with club director Oliver Kahn where he informed him of his desire to leave – claiming he has already agreed personal terms to join Barcelona.

Bayern will face a tough decision on the future of the player – widely considered as the best striker in world football – as they risk losing him for nothing next year.

It came after reports from Spain also indicated Lewandowski had a desire to move to LaLiga. 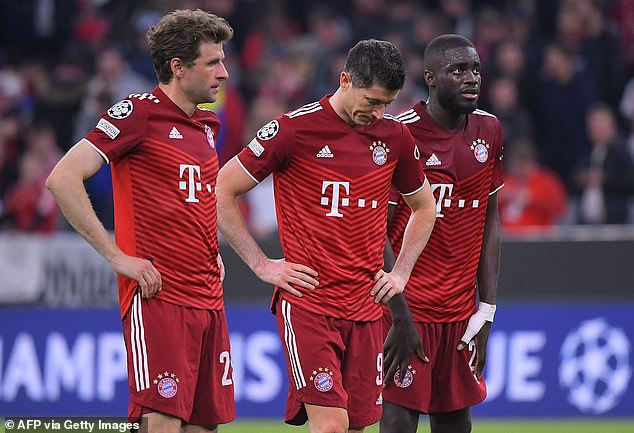 Lewandowski (C) scored the opener but could not inspire the team to the semi-finals. The Polish star can leave on a free transfer next season and is yet to agree an extension

Spanish publication Sport last week reported that Lewandowski ‘will do everything’ to join Barcelona and that the Spanish side could offer Sergino Dest in return who is a target of the reigning Bundesliga champions.

However, Kahn hit out at rumours Lewandowski was set to depart and said the club would be ‘crazy’ to let him go given his incredible goalscoring numbers.

‘We will definitely have Robert with us for another season,’ Kahn told Amazon Prime Deutschland ahead of Tuesday night’s 1-1 draw with Villarreal at the Allianz Arena.

‘We know what we have in him and we’re relaxed about it. Apparently there’s a competition out there: ”Who will tell the biggest nonsense story about Robert Lewandowski?”

‘Talks will continue. We’re not crazy and are [not] discussing the transfer of a player who scores between 30 and 40 goals with us every season.’ 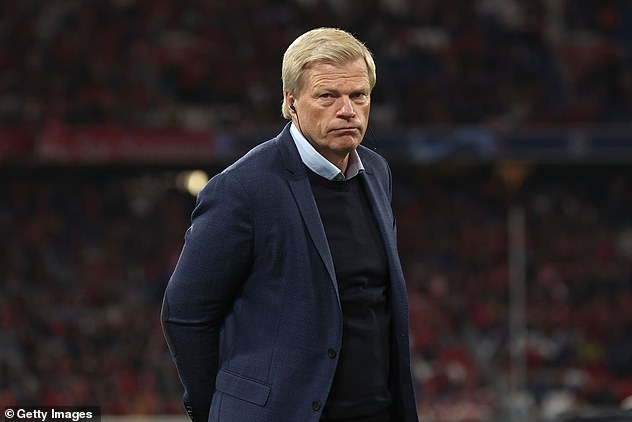 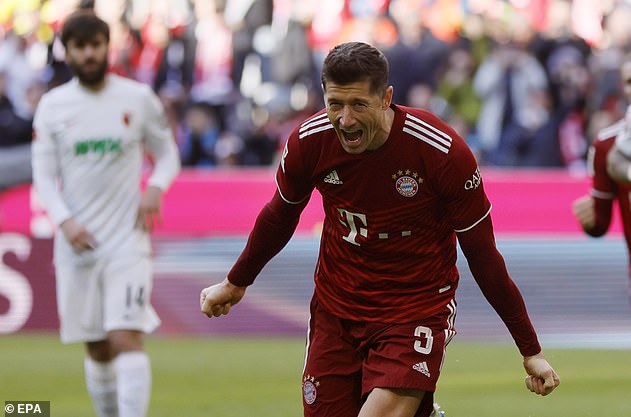 Lewandowski has reportedly agreed terms over a stunning switch to Barcelona

In his eight seasons at the club, Lewandowski has gone on to become one of their greatest players and is only behind Gerd Muller in their all-time record scorer list.

In total, Lewandowski has scored a phenomenal 340 goals in 369 appearances since joining the club from rivals Borussia Dortmund in 2014.

Last month Lewandowski spoke out about his future, telling Sky Sports Deutschland: ‘I am open to everything. I’m quiet.

‘It is important for me to be able to focus on my game, always on what can happen in the last match.

‘Everything that remains to be done regarding contracts is a secondary issue and remains in the background.’ 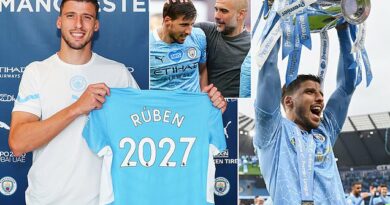 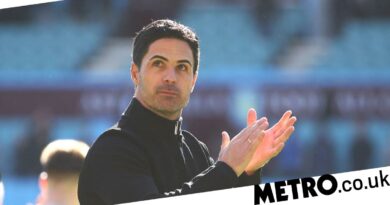 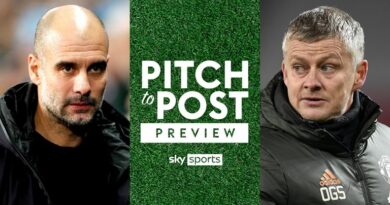