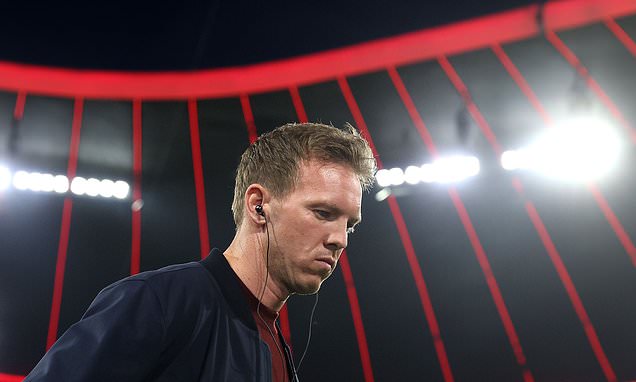 Bayern Munich coach Julian Nagelsmann revealed that he received over 400 death threats on Instagram alone after his side’s defeat to Villarreal in the Champions League on Tuesday.

The German champions and six-time European Cup/Champions League winners were held to a 1-1 draw at home that meant they went down 2-1 on aggregate to Unai Emery’s team.

Speaking ahead of his side’s Easter Sunday trip to Bundesliga strugglers Arminia, the 34-year-old revealed the abuse he received in the aftermath of Bayern’s shock Champions League exit. 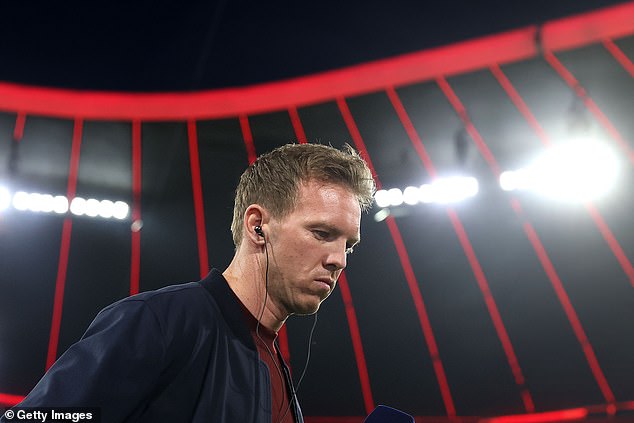 He said: ‘I know I will always get criticism from all sides – that’s normal and I can deal with it,’ said Nagelsmann.

‘But with 450 death threats on Instagram, it’s not so easy.’

‘If people want to kill me that’s one thing, but they also attack my own mother, who doesn’t even care about football,’ added Nagelsmann.

‘I don’t understand it. As soon as they turn off the TV, people forget all decency. And they think they are the ones in the right, that’s the crazy thing.’

Nagelsmann went on to be asked whether or not he had considered taking legal action against those who appear to regularly issue threats to him and his family members on social media. 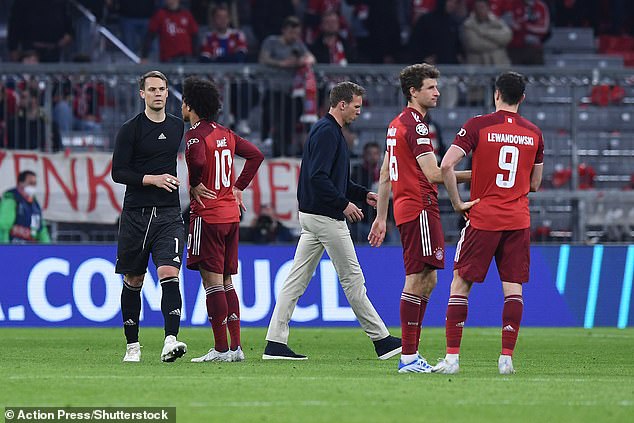 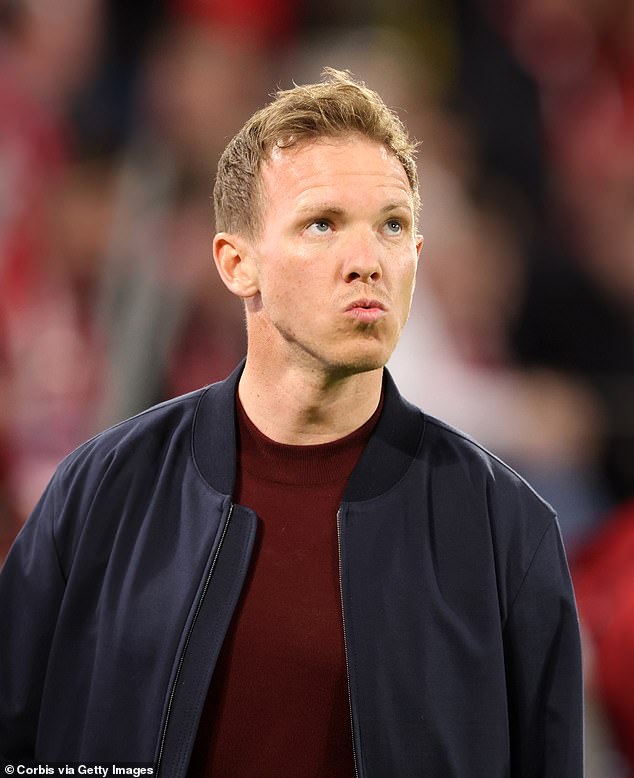 He said in response: ‘I would never be done with it. I get them after every single game, regardless of whether we win or lose.

Nagelsmann’s side are currently nine points clear of Borussia Dortmund at the top of the Bundesliga as Bayern bid to win their 10th German championship on the spin.

The young coach took over in the summer from Hansi Flick, who will lead Germany at the World Cup in Qatar later this year.