LEICESTER, England — Manchester United’s Premier League title ambitions were not dealt a significant setback by a 2-2 draw against Leicester, but there was evidence at the King Power Stadium that they are still growing into their role as genuine contenders.

The result maintains momentum during a hectic run of fixtures, but this felt like a missed opportunity, given that Ole Gunnar Solskjaer’s team went ahead twice through Marcus Rashford and Bruno Fernandes, only to lead in the game for a total of just 14 minutes.

Defensive lapses, combined with Rashford missing two golden chances and Anthony Martial having a goal disallowed, suggested that while United have the individual quality and squad depth to run champions Liverpool close, they lack the maturity of a team that knows how to grind out results in key moments.

Victory for either side here would have put pressure on Liverpool at the top but, as it turned out, the biggest Boxing Day winner was Jurgen Klopp, whose side face West Brom at Anfield on Sunday with a chance to open up a six-point gap on Leicester. United are one point further back — albeit with a game in hand — and visit Anfield on Jan. 17; their job is to ensure they are still within touching distance by then.

“We feel disappointed,” Solskjaer said afterward. “The boys are flat in the dressing room. We created enough chances to score more goals. We defended well but they had one moment at the end. We created big chances. It was a good game of football, end to end.”

Despite the disappointment, though, it is a sign of progress that United have come away to the team second in the table and been underwhelmed with a point.

Solskjaer’s team have not lost a league game away from home since January and in Bruno Fernandes has a player who has elevated the entire squad since arriving from Sporting Lisbon nearly a year ago.

In that time, he has made 28 league appearances and been directly involved in 31 goals (18 goals, 13 assists). He added two to that tally against Leicester, first stabbing a difficult pass for Rashford to score the first, then racing onto Edinson Cavani’s pass to make it 2-1 with 11 minutes left.

“[Fernandes] is definitely a player that impacts results,” Solskjaer said. “He scores, creates chances and takes risks which any Man United player should be brave enough to do. He is a brave boy. Sometimes there is an easier pass but you can’t take that away from Bruno, you want him to be the X factor.”

Solskjaer, though, will have every right to feel aggrieved at his side letting a lead slip twice by conceding two poor goals; the first was eight minutes after Rashford’s goal and the second came just six minutes after Fernandes looked to have won it.

Both Leicester goals — the first scored by Harvey Barnes and the second put down as an Axel Tuanzebe own goal after he deflected Jamie Vardy’s scuffed shot — were allowed to happen despite red shirts surrounding the ball.

“The pressure on the ball for the first one wasn’t good enough,” Solskjaer said. “The second one, we could have stopped the cross and maybe it’s a bit unlucky on the deflection.

“When you score as often as we do you have to accept you open up at times. We felt we deserved more from the game. The first goal we should have got to Harvey Barnes and blocked quicker.”

Slick in some moments and sloppy in others sums up where United find themselves heading into the New Year. How close they get to a first title since 2013 will depend on being more clinical in front of the opposition’s goal and less accommodating when defending their own.

United are unbeaten in eight league games, have their key man Fernandes playing well and a squad which looks capable of handling an exhausting season. Solskjaer has plenty of reasons to believe they can challenge, but was also served a reminder of the reasons why it will be difficult to stay with a Liverpool team that looks to have rediscovered relentless consistency.

Six points from two home games against Wolves and Aston Villa in the next week would crank up the title talk again and present United with another opportunity to increase the noise around their credentials when they visit Anfield in mid-January.

Just giving themselves that chance represents progress for Solskjaer and his team. To take the next step forward they will need to take the opportunity. 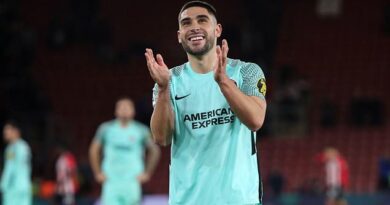 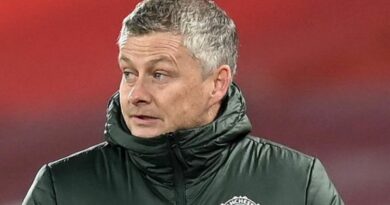