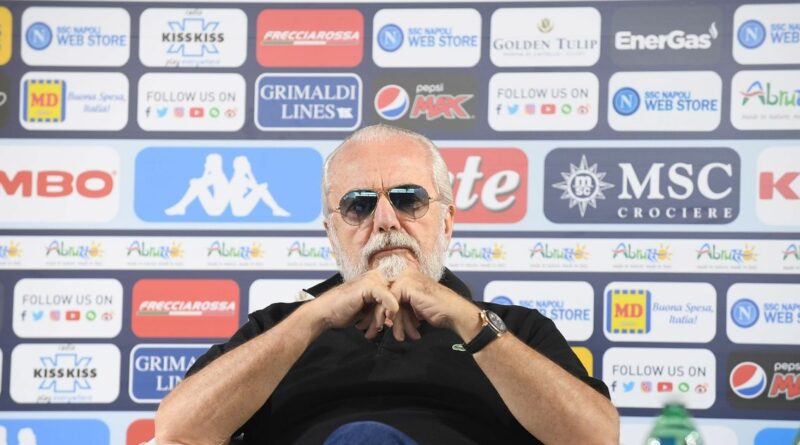 The president of Italian giants Napoli is working on a project to replace the Champions League and Europa League that he feels can be worth billions.

Film producer Aurelio De Laurentiis has owned Napoli for the best part of 20 years but has become increasingly worried about the future of football in recent years.

He has been working on a proposal that he believes, based on his own research, can prove to be worth around $10billion (£8.5billion) to European football.

The 72-year-old bought Napoli in 2004 when they were playing in Serie C and this week they will face Leicester City in the Europa League to begin their 10th straight European campaign.

Speaking to the Sportsmail, De Laurentiis explained: “The system doesn’t work anymore. The Champions and Europa League don’t generate sufficient income for the clubs to justify participating in it.

“To be competitive, you need more top-class players. That means you have to spend more money – and the prize money from the European competitions doesn’t account for that.

“That is why the clubs need to speak to each other to come up with a more modern and lucrative tournament for everyone in it.

“We need to reduce the number of games by reducing the size of the top divisions across Europe. Also, we create a European league with a democratic system of entry, based on what teams achieve in their domestic competitions.

Does the current Champions League format need a major revamp? Let us know in the comments section below.

“I have examined a project ready to bring 10billion Euros to the European game, but we need willingness and total independence.”

His plans come after European football was disrupted earlier this year by 12 elite clubs announcing their intentions to break away from UEFA and form their own European Super League.

The Super League's structure of having 15 guaranteed slots and no relegation caused serious backlash from supporters and ultimately lead to its demise.

Fan backlash caused all but three of the clubs involved to remove themselves from the project just days after it had been officially announced.

De Laurentiis' Napoli side face Leicester at the King Power Stadium on Thursday night in group C, with Legia Warsaw and Spartak Moscow completing their group.