Home » Soccer » 'Needed a reminder how far away they are': Jenas after Spurs' defeat 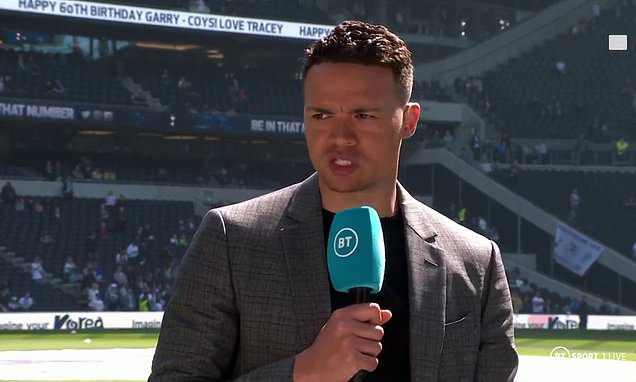 ‘They needed a reminder of how far away they are’: Jermaine Jenas says Tottenham’s stars ‘didn’t turn up’ in damaging Brighton defeat and tells Conte and Co they must learn how to win when playing poorly in battle for top four

Jermaine Jenas insists Tottenham ‘need to be reminded how far away they are’, claiming his former side ‘did not turn up’ following their 1-0 defeat against Brighton on Saturday.

Leandro Trossard’s superb late goal handed Brighton the win at the Tottenham Hotspur Stadium, which dealt a blow to Spurs’ hopes of finishing in the top four.

Trossard managed to twist and turn and find himself in the penalty area in the final minute of normal time, before side footing a fine finish past Hugo Lloris. 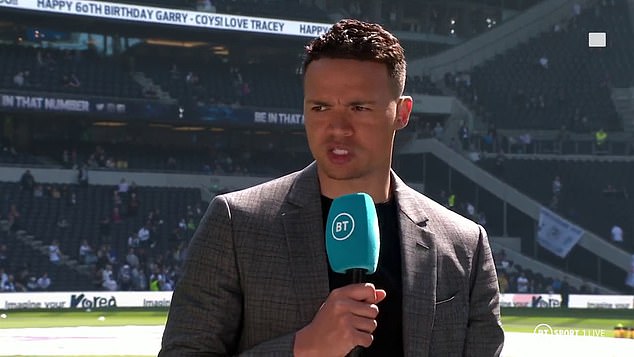 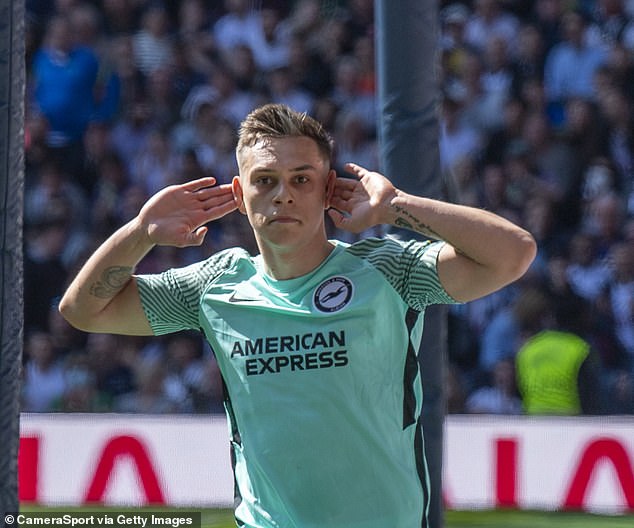 Antonio Conte’s side remain in fourth, three points ahead of north London rivals Arsenal having played a game more.

Jenas, who made 201 appearances in all competitions for Spurs, believes his former side need to get back to basics, and grind out wins when they are not playing to their strengths.

‘I think they maybe needed a reminder of how far away they are Tottenham. They didn’t turn up today at all. They’ve been brilliant for a number of weeks now and every now and then you’re going to come across a performance that you don’t quite understand’, Jenas told BT Sport. 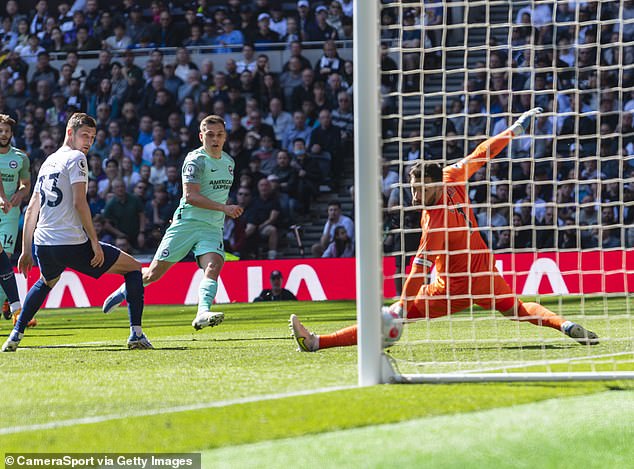 Belgium international Trossard, 27, managed to fire past Lloris to help his side to victory 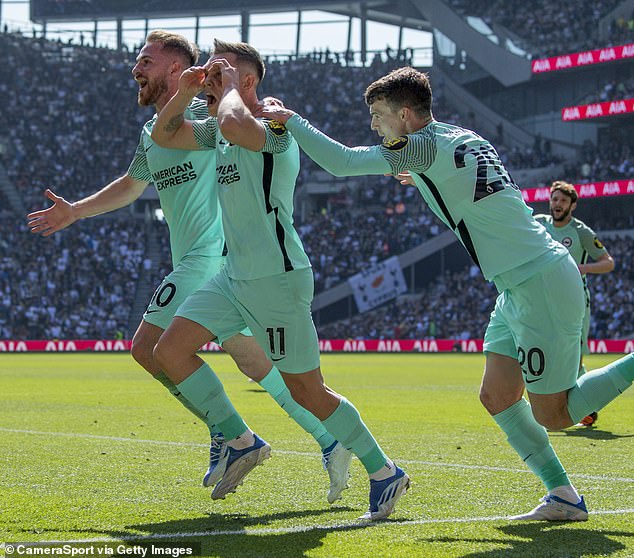 A lot of fans will be going home thinking what happened there, there was no energy, and they lacked impetus. The big players didn’t turn up and then when your up against a team as good as Brighton then you’re going to get caught out.

‘Between Tottenham, Arsenal, West Ham and Manchester United that’s why they’re battling for that fourth spot they can’t find that consistency. It makes the ride and run in for that top four, that bit more interesting, and tougher for Spurs today.’

Following the win, the Seagulls have 25 points away from home so far this season with three trips still to make. That beats their previous best of 20 away points in a Prem campaign, set only last season. 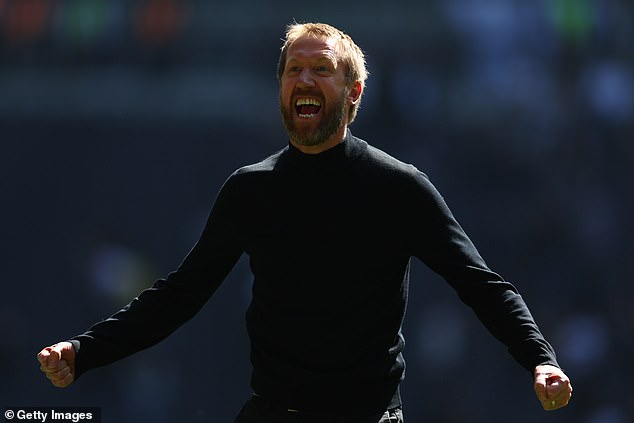 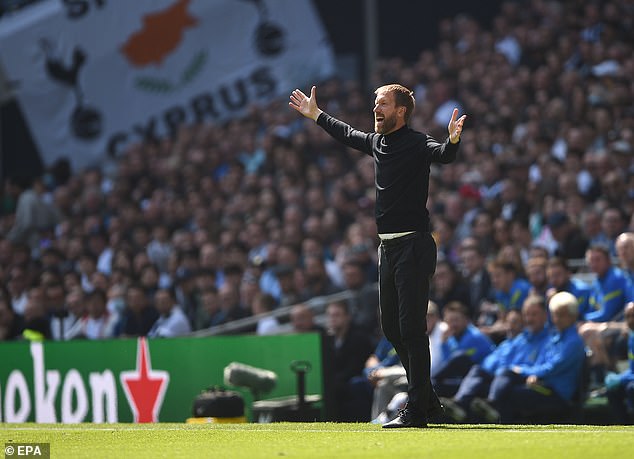 Brighton were going through a rough patch at one stage, but Potter has turned his side around

‘He is a manager that is just taking the club from strength to strength.

‘His recruitment is good, his style of football is good, and I remember there was a time this season when they were on that run where people were questioning him.

‘I’m thinking, Brighton fans need to remember that this guy is about to achieve something historic with this football club, and with the performances and results now you’re almost lucky to have him in my opinion.

‘I think he will go back into the market again, make them stronger, make them better. He might lose one or two, but Brighton are going to be one of those teams in the Premier League with Graham Potter that are going to go from strength to strength, that is a mark of the man they have at the helm.’

Bartomeu 'would step aside if Messi commits future to Barcelona' 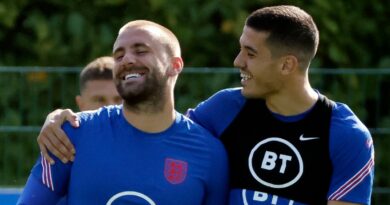