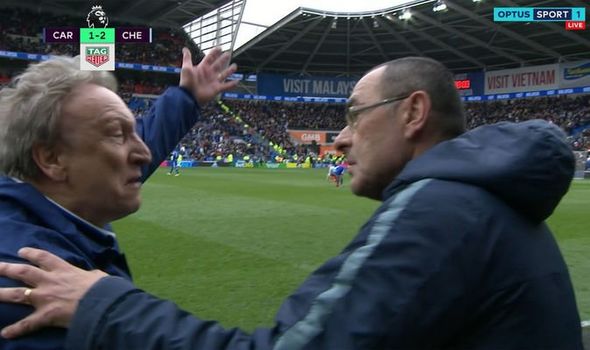 Warnock’s relegation-threatened Bluebirds looked on course for a vital three points after Victor Cameras had given them a 46th-minute lead.

However, what promised to be a fine afternoon’s work spiralled out of control six minutes from time when Cesar Azpilicueta headed home an equaliser despite him and team-mate Ruben Loftus-Cheek clearly standing in an offside position.

Substitute Loftus-Cheek compounded the hosts’ misery when he stopped to nod in Willian’s cross in the first minute of stoppage time to leave Warnock furious on the touchline.

He argued with officials throughout the final stages and appeared to be on the brink of being sent to the stands before the final whistle at the Cardiff City stadium.

And Warnock took out his frustrations on Chelsea counterpart Maurizio Sarri when the two shook hands after the fiery clash by holding two fingers in his face to air his anger at the two offside players in the opening goal.

Defeat leaves Cardiff in the bottom three and five points from safety.

They have a game in hand on Wednesday but will have their work cut out when they travel to Manchester City.

However, they can take some encouragement form a spirited performance despite their obvious frustrations over a sense of injustice. 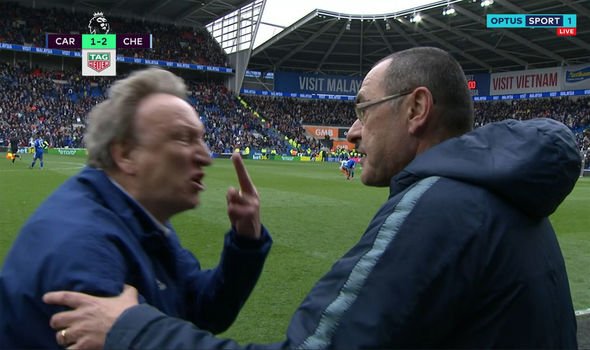 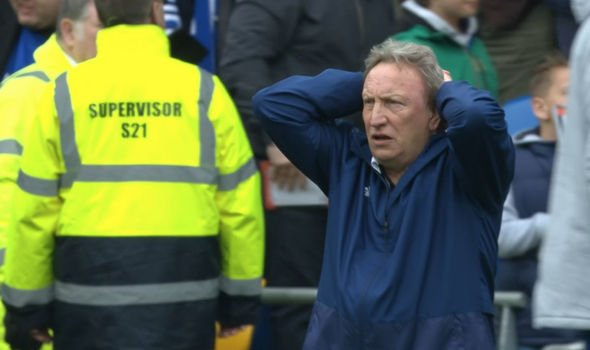 Bluebirds defender Sean Morrison could not hide his own frustrations and also believes they should have had two penalties.

“I’m just disappointed. We put in such a good performance,” he said. The referee has missed two penalties and I’ve been told their first goal was offside by quite a way.

“I am gutted but what can you do? I thought we did enough – the blocks and tackles we put in the way. It hurts.

“I had a feeling it was offside but you are never sure. We come away with no points and that is that. 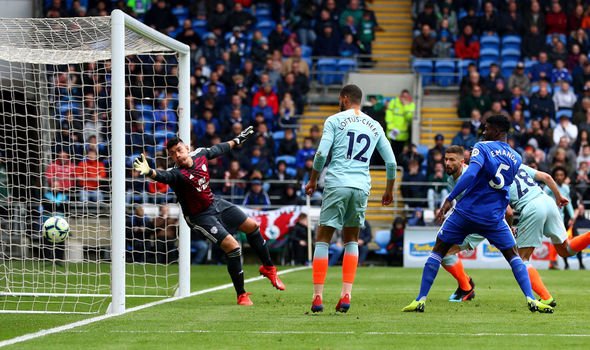 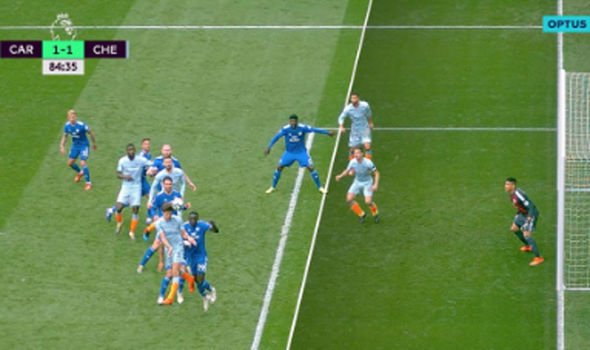 “The first one (penalty) when the man grabs my neck, it is tough for the ref, and then there is the second one where he grabbed my arm.

“Last 10 minutes, to concede two goals, things like this don’t go for you when you are at the bottom.

“We have taken some drubbings this year but we have bounced back.”